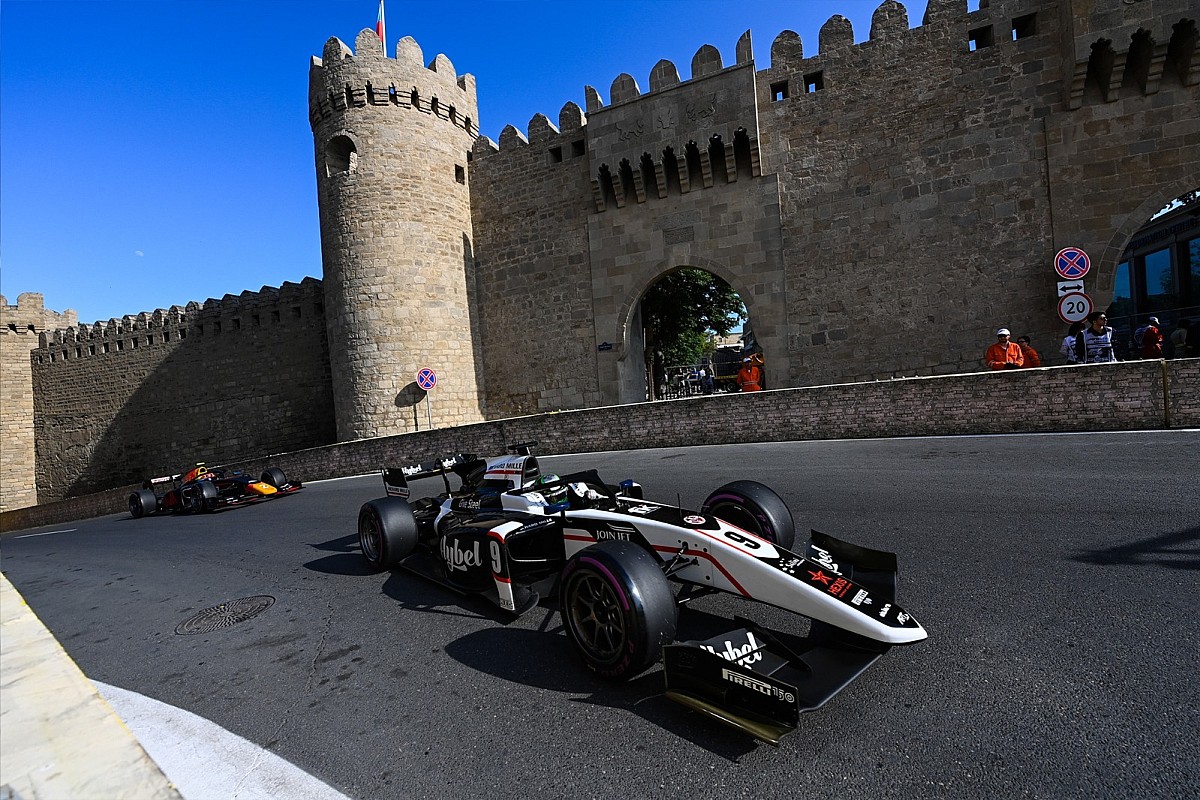 Vesti wins in Baku; Drugovich is 5th and increases advantage

Frédérick Vesti was the winner of race 1 of the formula 2 in baku, its first in the category. The Dane took the lead over Jehan Daruvala on the restart after the second safety car amidst a chaotic sprint race.

Daruvala and Liam Lawson completed the podium. Felipe Drugovich was the fifth with Theo Pourchaire seventh, increasing his lead over the Frenchman in the standings, while Enzo Fittipaldi retired, ending a streak of five consecutive runs in the points zone.

the pilot of ART Grand Prix briefly assumed the lead on top of the pole Jake Hughes at the start, but a mistake at turn 1 allowed the Prema driver to overtake him for the lead, putting the Dane in third.

Vesti still managed to get back to second position, overtaking Hughes on the lap I know with a nice maneuver on the outside at turn 3. Then he went through a game of patience, without being able to pass Daruvala on the first restart, with the entry of the safety car caused by the crash. in Dennis Hauger on the wall.

It was only in the second safety car, caused by the retirement of Enzo Fittipaldi, that Vesti managed to overtake, braking later in the first corner.

With this Saturday’s result, Drugovich extends his lead in the championship to 34 points.

On Sunday, the Brazilian started from the fifth position obtained during the sixth classification. The pole will be Jury VIPs, with Liam Lawson in second and Dennis Hauger in third. Théo Pourchaire comes out of 12th position while Enzo Fittipaldi will be 16th. The start is scheduled for 04:05, Brasilia time, with Bandsports and F1TV Pro broadcast.

Check out the final result of F2 race 1 in Baku:

VIDEO: What happens to those who don’t respect F1’s spending cap?