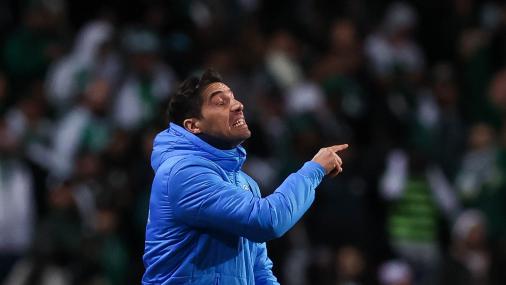 Abel Ferreira analyzes Palmeiras’ performance in the year: ‘I don’t know when we’re going to break’

This Sunday (12), the Palmeiras went to Paraná and beat Coritibafur Brazilian championship, 2-0. Dudu and Rony’s goals took the São Paulo team to the top of the competition. In addition, the Palmeiras triumph broke a 25-year-old taboo without a win against Coxa at Couto Pereira. Abel Ferreira, after the final whistle of the match, gave a press conference and talked about the limit of Verdão in 2022.

TABLE
> How about simulating all the results of the Brasileirão? Click here!

– I don’t know when we will break, all teams break throughout the season. We were forced to come in very strong at the beginning of the year. What I can say is what I say to the players. Our obligation is to do our best to do the best we can in each game – said the coach.

Abel, still dealing with this subject, commented on the posture that athletes should have and talked about the role he has when the results do not happen as expected.

– It is true that things have to go well, but we have to be prepared, because at any moment this can change. Our job is to alert players so they understand that every game has to do everything they can to win. When I don’t win the game, I’ll be here to assume those responsibilities of defeat – declared the Palmeiras commander.

When asked about the planning of the next clashes and the tight schedule of Brazilian football, the Portuguese coach reports on the difficulty that this generates.

– I think about today’s game, it’s one thing at a time, I can’t envision what will happen in these next games. What I can say is that we will play overloaded and our opponents will play overloaded. Then they say that in Europe they are more competitive than in Brazil, that’s all a lie – concluded Abel.

Palmeiras’ next game will be against Atlético-G0, at Allianz Parque, for the Brazilian Championship.

Previous January 6 hearings recall political theater in the US – 06/12/2022 – World
Next VIDEO: Women are assaulted by men in a restaurant in China and images generate outrage on the networks | World