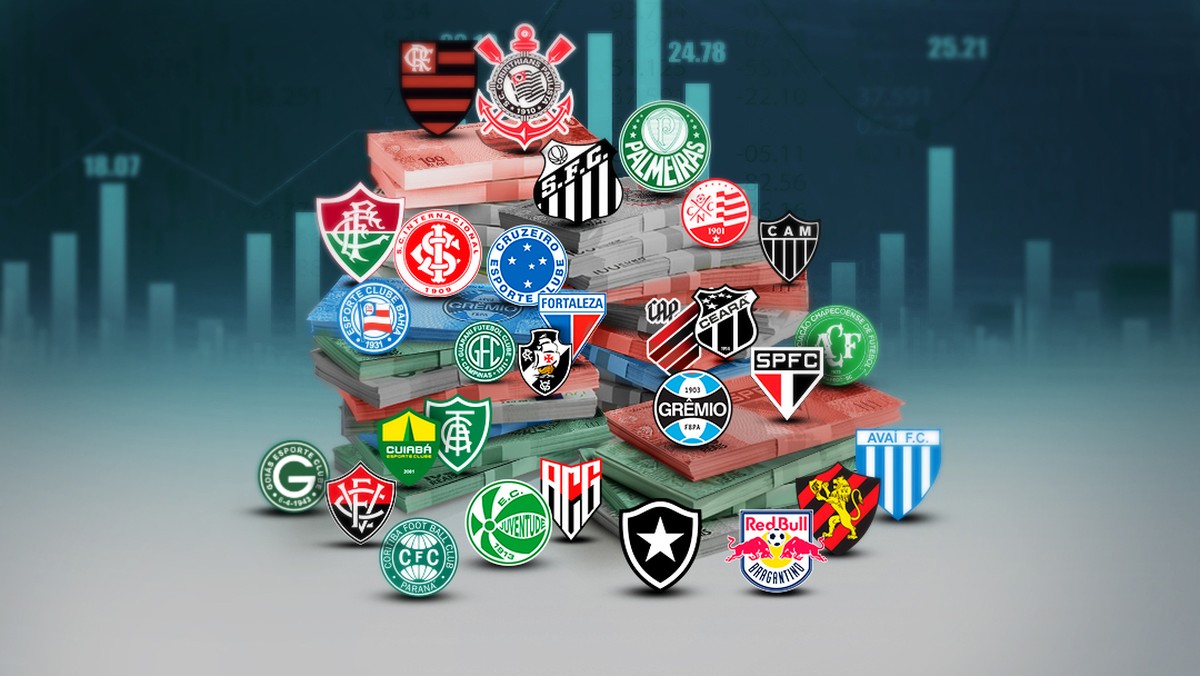 For those who like to periodize historical events, it is not risky to say that 2021 will be a milestone for Brazilian football. The arrival of capital from new owners, some foreigners; the imminent foundation of the club league; the entry of traditional entities in judicial recovery processes – these elements begin to change this market.

All these movements are related to the current state of affairs in national football. Entrepreneurs who buy clubs expect there to be a considerable expansion of revenue in the coming years. The league is a hope of reorganization in order to raise revenue. And judicial recoveries only occur because these entities have gone bankrupt.

Financially, in 2021, some sequels were cut short. The indebtedness of clubs grew at an alarming rate in previous years, for example. If it has not yet been reduced, an important factor for the restructuring of football, at least it has stopped getting worse.

On the billing side, figures need to be interpreted with care, as the Covid-19 pandemic still causes distortions in terms of accounting. But it’s also true that some revenue lines tend to unlock, like the stadium one, in addition to other new features.

In order for fans and the market to have a clearer idea of ​​the football situation, the ge publishes its special series on finance this June. Starting with this overview of the elite, followed by individual analyzes of the 30 main clubs in the country, in addition to the ranking of transparency and reliability of financial statements.

+ Rodrigo Capelo’s column: How not to get caught up in finance

All the data contained in this report represent the sum of 26 clubs – all of which competed in the Brazilian Championship, the four promoted from Série B, in addition to Cruzeiro and Vasco. These two clubs were considered so that the absence of their numbers in the sample would not generate distortions in the comparison with previous years.

In 2021, this football elite accounted for BRL 7.2 billion in revenue. A considerably higher value than the previous season, but with some asterisks provided by the pandemic. These same clubs reached R$ 11 billion in debt, the same level they were in the previous year. Indebtedness did not fall, but stabilized.

These numbers are placed in parallel because they indicate the ability of clubs to honor their debts. And the proportion is still negative. Considering that directors also have costs to pay with what they collect, the difficulty of those who owe so much is notorious.

The relationship between revenues and debts in Brazilian football

Where does football money come from? Mostly, broadcasting rights and awards. In 2021, this revenue accounted for 54% of all clubs raised. But this is where interpretation should be cautious, as the pandemic still interferes.

As national and international competitions for 2020 were postponed and ended only in the following year, a relevant part of their income from broadcasting was also for 2021. In other words, clubs registered funds last year that would belong to the previous year.

That’s why the value of television is so high. This is also why many clubs have booked profits rather than losses. In a normal scenario, it was to be expected that broadcasting rights would fill between 30% and 40% of Brazilian football revenue.

The billing profile of Brazilian football in 2021

Among other billing lines, there was some alternation. Marketing and the commercial area grew in 2021 and came to occupy the position of second highest revenue in football. There are sponsorships, sports material contracts, merchandising and licensing. Flamengo, Palmeiras and Corinthians pulled this result up.

On the other hand, if until last year player transfers were by far the second most relevant inflow of money, last season it moved up to third place. It is likely that the foreign market has retracted, that is, that European clubs have invested less in the “import” of Brazilians.

Fundraising from fans and stadiums – an item that includes ticket offices, supporters and income linked to the day of the game – is stagnant at around R$600 million. Closed gates for much of the year, because of Covid, did a lot of damage. If they go back to the previous level, from 2019, it is possible that clubs will raise around R$ 1 billion in the year.

The analysis of revenues still needs to disregard inflation, even more so at a time of instability in the Brazilian economy. O ge applied the Broad Consumer Price Index (IPCA), the government’s official index, and brought the clubs’ billings to present value.

The real variation from one year to the next shows the pace of growth of the football market – without ever forgetting that the late registration of broadcast revenues jeopardizes the comparison between 2020 and 2021. Despite this, clubs have returned to raise their billings.

After growing so much, for so many years, it is good news that the indebtedness of clubs has stopped at R$ 11 billion. It is still much more than most leaders can afford. But this is the first step for Brazilian football to start to recover.

What is still very tight is the deadline. Half of these debts will be collected in the short term, that is, in less than a year. Clubs would need to raise much more to be able to meet their costs and still meet those dues. As they fail, obligations roll over.

The evolution of indebtedness in Brazilian football

Regarding the nature of these debts, most are labor debts – with 30% of the total. These are salaries and image rights that top hats promised and didn’t pay for years, which were eventually charged by former players, former coaches and former justice officials.

Taxes that have not been paid in recent years are in second place and represent 26%. In this column, there are installments that leaders have negotiated and renegotiated with the government over the last few years. Profut even began to be replaced by other refinancings, such as the tax transaction and Perse.

Bank debts appear in third place, with 24% of the amount. In this case, there are two debts: the loan made by directors with financial institutions, through the assignment of future income, and the contribution of patrons, usually without interest or with favorable conditions.

There are still, in the “others” line, suppliers and other sports entities. When clubs go to the market to strengthen themselves with the purchase of players from opponents, these promises of payment turn into debts in the category, for example. And they correspond to 20% of the total.

The profile of Brazilian football indebtedness by type

Individual analyzes of club accounts will be published by the ge during this month of June, in addition to other content related to finance. The texts will be published in alphabetical order, with priority for those who played in the first division in 2021, the reference year.

Previous ‘Pantanal’: web creates cast for ‘gringa version’ of the soap opera; see ‘casting’ of actors | wetland
Next End of Internet Explorer: Browser will be discontinued this week | browsers