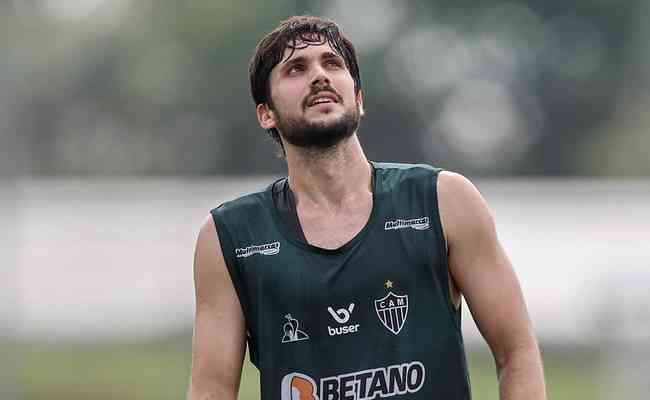 Rabello celebrates renewal with Atltico: ‘My son will be Galo Doido’

Defender Igor Rabello, 27, celebrated his contract renewal with Atltico. “My son is going to be from Minas Gerais and Galo Doido”, he published on social media.

In a post on social media, Igor Rabello celebrated the extension. The defender produced a video with his advice and highlighted: “Here I made history”. Watch the content below.

“… time has passed. It’s been almost four years since the day I wore the mantle for the first time. A time of hard work and dedication to honor this club and this crowd. A time of achievements, and how many achievements, huh “Here I made history. It’s time to continue my legacy,” he said.

Subsequently, Rabello published more celebratory messages on Twitter. The defender highlighted his interest in staying, strongly influenced by the titles, friends and affection he had won.

“A club that is marked in my life. Here I won titles, friends and the affection of the fans. And that all made a difference in my decision. I wanted to stay! The Atlético is my home and here I want to continue and leave my legacy” , he wrote.

“I’m very happy and excited to make up for the club’s confidence on the field. I’m prepared for the next challenges and looking forward to more achievements with this shirt”, he projected.

“Oh, one more thing, my son is going to be from Minas Gerais and Galo Doido! There’s no other way! I thank my wife and all my family, who have always been by my side, my teammates, staff, agents, Rodrigo Caetano and directors who led the entire process”, concluded Rabello.

For Galo, Rabello has already won three titles in the Campeonato Mineiro, a Brazilian Championship, a Copa do Brasil and a Supercopa do Brasil. His previous relationship with the Minas Gerais club would run until the end of 2022.

Previous Director Brings Disappointing Update on Suicide Squad 2
Next iOS 16 system arrives and leaves phones out: See which ones