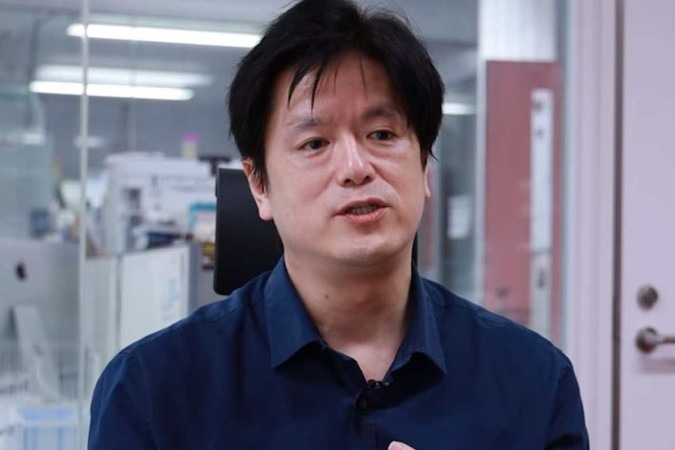 Having the presence of versatile and human-like robots at home or in companies is an idea that mobilizes technological institutions in different corners of the world. Last week, scientists from the University of Tokyo, Japan, and the University of Texas at Austin, in the United States, announced advances in this field of robotics. The teams work on development projects, respectively, for skin and muscle for androids, with the aim of making them no longer look like a machine.

In the case of skin, the technology is based on the use of live human cells to replace artificial coatings. With it, Japanese scientists coated the finger of a robot that gained a texture similar to that of human hands and two strategic characteristics: water repellency and self-healing ability. Even the noises produced by the movement of the fingers can be reproduced, according to Shoji Takeuchi. “As the finger is driven by an electric motor, it is also interesting to hear the clicking sounds of the motor in harmony with a finger that looks like a real finger,” reports the lead author of the study that presents the technology, published in latest issue of Matter magazine.

To achieve this effect, the team first dipped the robotic finger into a cylinder filled with a solution of collagen and human dermal fibroblasts — the two main components that make up the connective tissues of the skin. Takeuchi explains that the natural shrinkage tendency of this mixture made the process easier, as, when shrinking, the solution fitted perfectly to the finger. This layer acted as a paint primer, a surface preparation. It provided an even base to help the next layer of cells adhere: the human epidermal keratinocytes, which make up 90% of the skin’s outermost layer.

The entire process gave the robot a texture similar to human skin and barrier properties for retaining moisture. According to Takeuchi, this innovative layer also has enough strength and elasticity to withstand the movements made by the robotic finger, such as curling and stretching. In addition, the outermost part is thick, which makes the skin water-repellent and increases adhesion for handling various objects.

In case of an injury, with the help of a collagen bandage, the coating of the robotic finger heals. “We were surprised at how well the skin tissue adapted to the surface of the robot”, celebrates the scientist, then pondering that this is an initial result. “This is just the first step towards creating robots covered in living skin.”

The scientist points out two characteristics that he and his colleagues need to improve: the new skin is much weaker than the natural one and cannot survive for long without a constant supply of nutrients and removal of waste. In addition to solving these issues, the team plans to incorporate more sophisticated functional structures into the structure, such as sensory neurons, hair follicles, nails and sweat glands. “I think living skin is the ultimate solution to giving robots the look and feel of living creatures because it’s the exact same material that covers the bodies of animals,” says Takeuchi.

To mimic the human appearance, available technologies use silicone. But, according to the Japanese team, the result falls short of expectations when looking for delicate textures, such as when reproducing wrinkles. There is an attempt to manufacture sheets of living skin to cover robots, but, according to Takeuchi, the application is also limited, as there is a difficulty in adapting it to irregular and dynamic surfaces.

“With this method, you need to have the hands of a skilled craftsman who can cut and sew the sheets of skin,” he explains. “To efficiently cover surfaces with skin cells, we established a tissue molding method in which the skin tissue around the robot can be directly molded, which resulted in perfect skin coverage on a robotic finger,” he compares.

The bet of an American team to make robots more human-like is under the skin: the muscles. The University of Texas at Austin group has created an artificial fiber that can function as a more versatile muscle actuator than those currently available. It is also simple to produce and recyclable, according to the creators, who presented the innovation in an article published in the latest issue of the journal Nature Nano.

Actuators are made of different materials and change shape when subjected to an external stimulus. Typically, the production of these devices involves complex processes, with expensive and hard-to-find materials. Robert Hickey, one of the authors of the study, explains that in order to use actuators as an artificial muscle, it is necessary to develop smooth and light versions. “Our job is really to find a new way to do this,” he says.

The group bet on the creation of a block polymer. For this, he placed the material in a solvent and then added water. One part of the polymer is hydrophilic (attracted to water), while the other part is hydrophobic (water resistant). In this way, the hydrophobic parts of the polymer bundle together to protect themselves from water, creating the structure of the new muscle.

Similar fibers require an electrical current to stimulate the reactions that bring the parts together. According to the American team, this chemical cross-linking is more difficult to do, compared to the solution they developed, created from a mechanical reaction. Another advantage, they indicate, is that the process reversal is simple and guarantees that the fiber pieces return to their original state, favoring reuse. “The ease of making these fibers from the polymer and their recyclability are very important, and it’s an aspect that many other complicated studies of artificial muscles don’t cover”, compares Manish Kumar, also author of the article.

The idea of ​​using fiber in robotics came about while the team was working on another project. They were trying to use these polymers to make membranes for water filtration. The structures, however, were too long for the designed membranes — they extended up to five times their original length. The group realized that this characteristic was similar to muscle tissue and so decided to change the focus of the work.

In tests, the artificial muscle created proved to be 75% more efficient, in terms of converting energy into movement, when compared to other similar fibers. According to the creators, it is also capable of handling 80% more tension and can stretch to over 900% of its length before breaking. “Basically, you can build a limb out of these fibers in a robot that responds to stimuli and returns energy instead of using a mechanical motor. That’s good because it will have a softer touch,” says Kumar.

This type of robotic arm could also be used in an assistive exoskeleton, helping to move people with loss of strength in their arms, or be a kind of “self-closing bandage”. In that case, explains Kumar, the muscle would be used in surgical procedures and would naturally degrade within the body after the wound has healed.

The team plans to investigate further into the structural changes of the polymer and improve some of the actuation properties, including energy density and velocity. They are also considering using the same design technique to create actuators that respond to different stimuli, such as light.