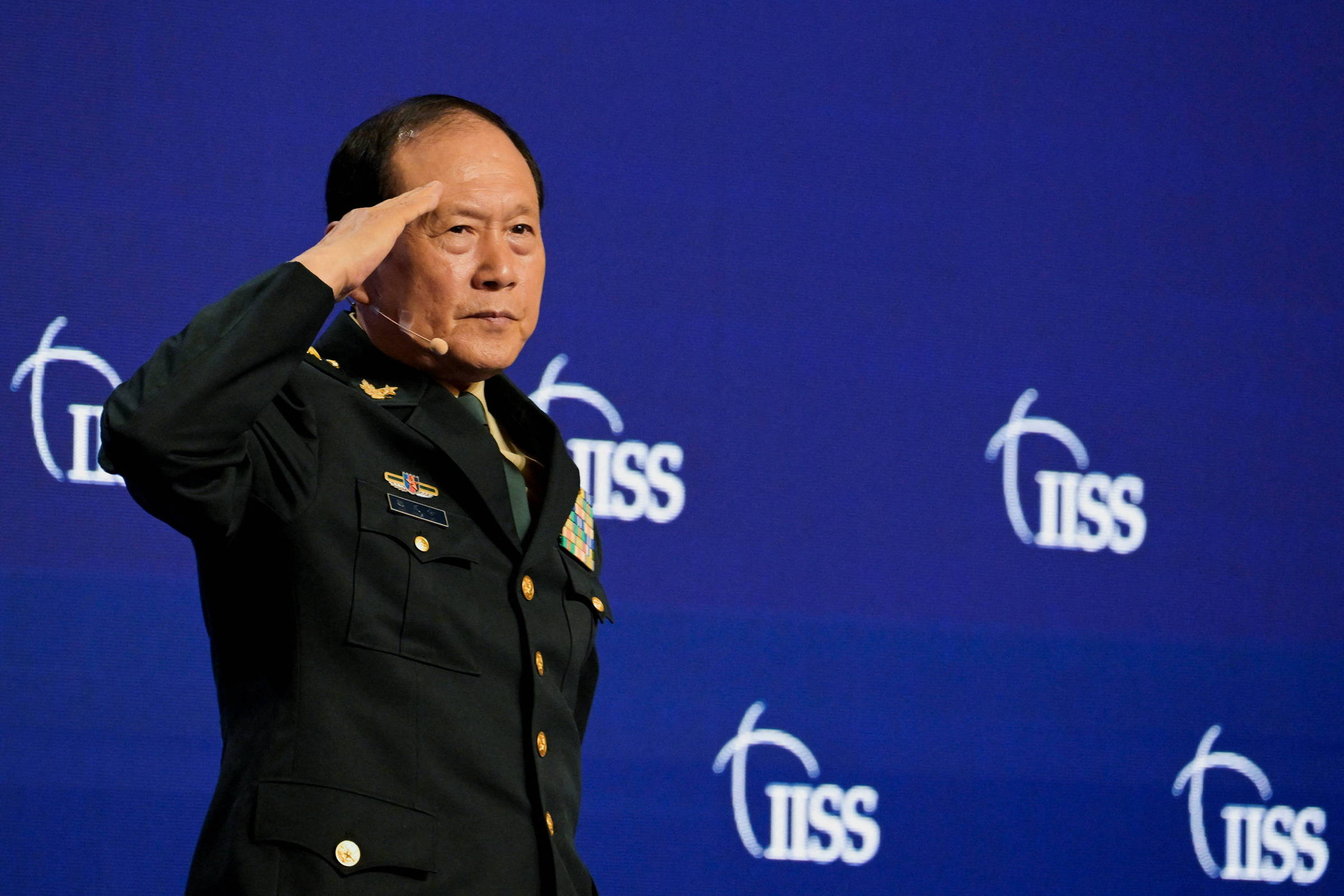 China will “fight to the end” to prevent Taiwan from declaring its independence, Defense Minister Wei Fenghe said on Sunday, at a time of escalating tensions with the US government over the island – which in practice it has autonomy but no international recognition and is claimed by Beijing as part of its territory.

Frequent air raids by Chinese fighter jets near Taiwan have fueled tensions, and on Saturday, US Defense Secretary Lloyd Austin accused China of sustaining “provocative and destabilizing” military activity in the region.

Speeches by both sides were given in Singapore during the Shangri-la Dialogue, Asia’s main security summit, which this year brought together 575 delegates from 40 countries, including diplomats, defense officials and arms manufacturers. Wei and Austin took advantage of the meeting and met for the first time on Friday (10), where they reiterated their countries’ positions on the Taiwan issue.

In a speech on Sunday, Wei Fenghe said China “has no other option” to fight any attempt at independence from Taiwan. “We will fight regardless of the cost and we will fight to the end. This is the only option for China,” she said. “No one should underestimate the resolve and ability of the Chinese Armed Forces to safeguard their territorial integrity,” she said.

Wei addressed the United States and urged the US government to stop interfering in the country’s internal affairs. At the same time, the minister also adopted a more conciliatory tone on some points, defending a stable relationship between the powers, which he considered “vital for global peace”.

During his speech on Saturday, Austin also expressed a desire for the lines of communication with Chinese authorities to remain open.

This Sunday, Taiwan’s prime minister, Su Tseng-chang, responded to the Chinese minister’s statements in Singapore and said that the country does not want to close its doors to China and is willing to dialogue, but on equal terms. “As long as there is equality, reciprocity and no political preconditions, we are willing to engage in goodwill with China,” he said.

“As for China’s harassment of Taiwan with military aircraft, warships, irrational repression and political actions, the most irrational is China,” he added. “Taiwan does not want to close the door on China. It is China that has used various means to oppress and treat Taiwan irrationally.”

Despite the tensions, analysts noted that Austin’s meeting with Wei gives a slight sign of hope. “Talking is always better than not talking,” Ian Chong, an associate professor of political science at the National University of Singapore, who attended the summit, told AFP. “But I believe that at this moment we will not see progress. Maybe in the future it will lead to something”, he added.

In a sign of de-escalation, Wei met for an hour with Australian Defense Minister Richard Marles on the sidelines of the summit, which ended on Sunday. Relations between the two countries have been marked by moments of tension in recent years, including a clash over Australia’s calls for an independent investigation into the origin of the coronavirus, to which China has responded by imposing a series of import tariffs.

US-China relations often dominate the annual meeting in Singapore — which has not been held since 2019 because of the pandemic — but this year, Russia’s invasion of Ukraine was at the forefront.

The highlight was a video-streamed speech by Ukrainian President Volodymyr Zelensky in which he told participants that the Russian invasion threatened the rule-based order and put the entire world at risk of a food crisis. Russia was not invited to the event.

Participants questioned China’s relationship with Russia, and Wei said his country supported peace talks and that Beijing had not provided Russia with any military material. He said providing weapons and imposing sanctions, as Western nations did, did not help to resolve the situation.

Meia Nouwens, a senior fellow at the International Institute for Strategic Studies, told Reuters that Wei’s speech was consistent with Beijing’s official line on Russia-Ukraine issues. “He also stressed that China is Russia’s partner, not Russia’s ally, and that they do not have an alliance,” Nouwens said. “They are pointing out that, at the end of the day, Chinese policy has always been to preserve China’s own interests and not be tied to these other countries.”

For Fiji’s Defense Minister Inia Seruiratu, however, all this was less important. “Guns, fighters, ships are not our main concern,” she said. “The biggest threat to our existence is man-made and is devastating climate change,” she said.