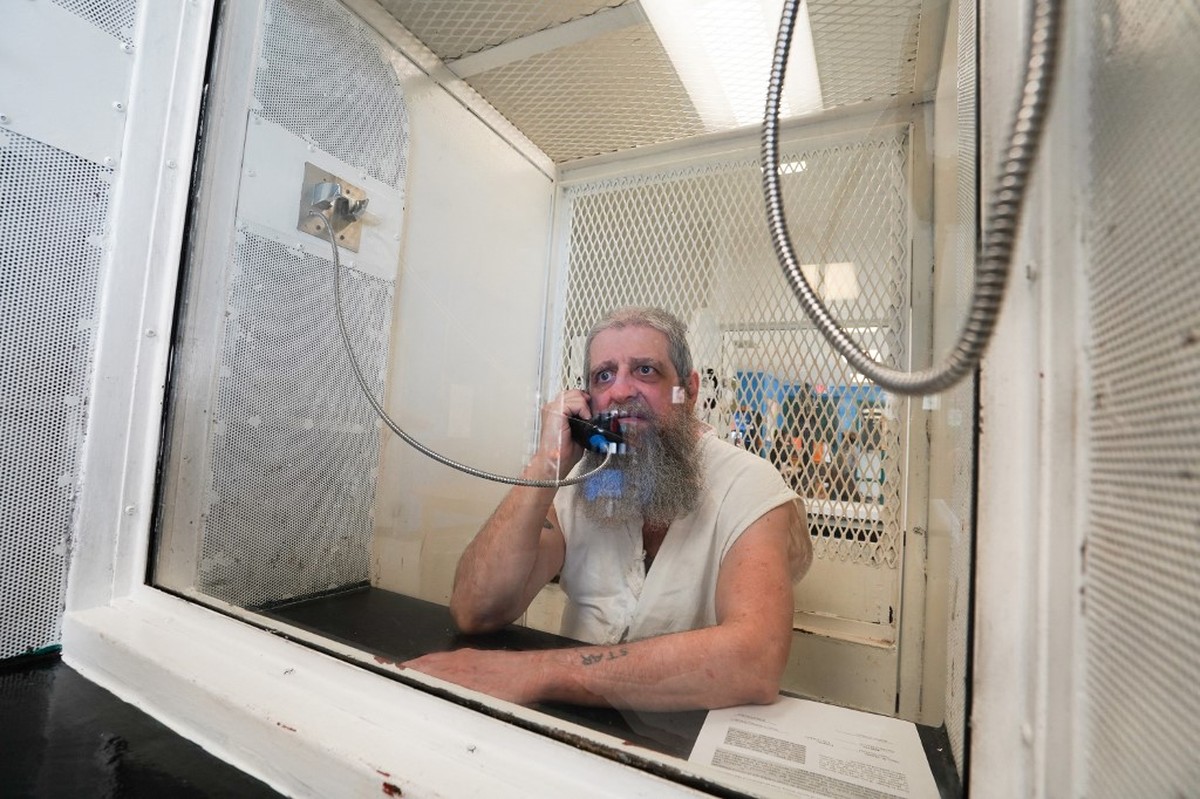 Hank Skinner has been on death row in Texas for nearly three decades, but he hasn’t given up hope.

“I’m optimistic that I’m not going to end up here. I shouldn’t even be here to start,” he told AFP in an interview.

He is being held at the Allan B. Polunsky Penitentiary in Livingston, 130 km north of Houston, and has always pleaded not guilty.

In 1995, Skinner was sentenced to death for the murder of his girlfriend and two of her children in Pampa, outside Texas.

He says he was not at the house where the three victims died and that he passed out after mixing drugs and alcohol. Skinner was detained at a nearby house with blood on his clothing and insists that DNA evidence would prove his innocence.

The 60-year-old has spent nearly half his life waiting for a decision from the state’s highest criminal court.

The Texas Court of Appeals will consider whether the jury that sentenced Skinner would have decided differently had it had access to a DNA test, available today.

Death Row Entrance in San Quentin. The oldest prison in California is the only one in the state that has a gas chamber for executions. — Photo: Lucy Nicholson/Reuters

Some remain behind bars. Others are free like Cesar Fierro, who returned to Mexico after 40 years on death row.

If the court finds Skinner right, he will remain in prison but may appeal in an attempt to prove his innocence.

In March 2010, he was pardoned 23 minutes before receiving the lethal injection. It was his lawyer who broke the news.

“I felt like a weight was lifted off my chest. I felt light, I thought I would float away.”

After the euphoria had passed, Skinner faced a terrible depression when he realized that he would return to death row.

Watching fellow prisoners die, he said, is more difficult than being stuck in a small cell for 22, 23 hours a day, without television or physical contact, except during the visits of the wives.

A total of 127 prisoners have been executed since 2010 in Texas, the state with the most death penalty.

“There are mentally disturbed people here. They throw themselves against the walls, knock on doors, scream with all their strength”, he says.

Others talk to imaginary people. There are also real conversations, always in high tones.

“It’s noisy all the time. But you learn to tune out,” acknowledges Skinner.

With no daylight and with breakfast served at 3 am, he says it’s hard to get a sense of everyday life.

We sleep when we are tired and take advantage of the silence of the night to read.

In 2008, Skinner married a French activist who fights against the death penalty and who is also convinced that he was the victim of a miscarriage of justice.

For the years he has left, Skinner says he would like to “spend every minute” with his wife.

He also has another project in mind: “I’m going to end the death penalty in the world.”

“I think if people knew what it’s really like, they would never vote for the death penalty.”

Previous Secret menu shows new locked screen in iPadOS 16
Next With different actresses, Harley Quinn will be in DCEU, Joker 2 and spin-off of The Batman