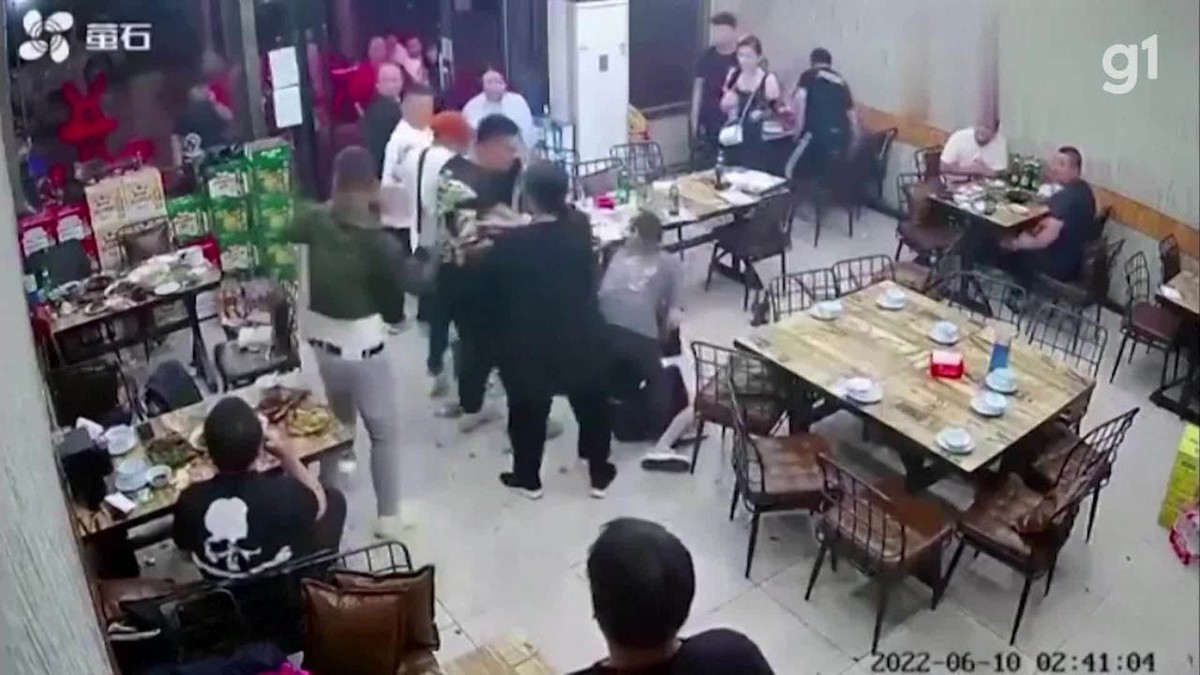 VIDEO: Women are assaulted by men in a restaurant in China and images generate outrage on the networks | World

In the video, it is possible to see that a man in a green coat approaches a table where three women are seated. He then touches the woman in the white coat twice. She tries to push him away, but he insists and then starts hitting her.

Then the two women who are sitting at the table get up and try to help their friend. A general fight breaks out and the women are attacked by other men who show up at the scene.

A young man in a white T-shirt even throws a chair at the two women. The video from the security camera outside the steakhouse also shows that the man knocks down another fourth woman and even kicks the one who was sitting on the table.

The images generated a wave of outrage on Chinese social media when they were released this weekend. On Weibo, an important platform in the country, the subject was one of the most discussed last Saturday (11).

According to the Reuters news agency, local authorities said two women suffered non-life-threatening injuries and were being treated in a hospital.

In a brief online commentary, Chinese state television said the suspects had been severely punished.

“This happened in a society where violence against women is rampant… To ignore and suppress the gender perspective is to deny the violence that people – as women – suffer,” said an anonymous post on WeChat.

Previous Abel Ferreira analyzes Palmeiras’ performance in the year: ‘I don’t know when we’re going to break’
Next Sport x Grêmio: see where to watch it live, lineups, embezzlement and refereeing | Brazilian series b