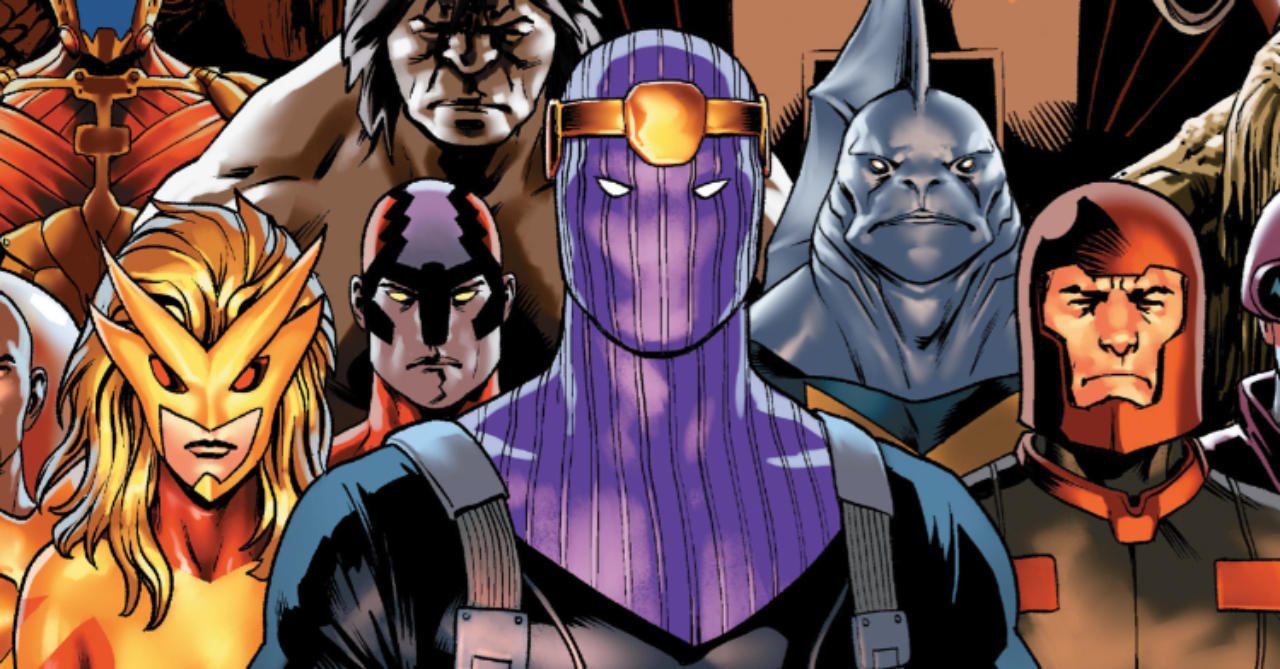 Who are Marvel’s Thunderbolts?

Halfway through its Phase 4, Marvel announced the production of thunderboltsa new film from its cinematographic universe that will be directed by Jack Schreier (Paper Cities) and promises to focus on a group of villains from the comics, forming a very familiar team from the saga.

After all, who are the Thunderbolts?

The Thunderbolts are a secret group of super-villains known as the Masters of Evil, who appeared when the Avengers and the Fantastic Four were absent after the saga. Massacre.

Making its first appearance in 1997, in the HQ Incredible Hulk #449, the team was an ingenious plot of a few villains while the heroes of the moment were absent. In the original story, the team known as the Masters of Evil was grouped together by Baron Zemo, who due to his reputation had to change both his codename and that of his new team.

Exploiting the lack of heroes, the Masters of Evil began plotting heroic acts on top of crimes they could have committed themselves. This whole plot had a background behind it: obtaining confidential secrets from SHIELD and the trust of the population.

What Zemo didn’t expect was for his team of deconstructed villains to have their power gone to their heads. After hiring a real heroine named Shock for the team, the idealism of doing good ended up infecting the other villains, causing them to act more heroically.

The Thunderbolts saga unfolds there. Zemo could no longer contain the good propagated by the team, almost giving in to heroic acts. However, after revealing his plan for world domination through good, the genius boss was stopped by the team itself.

Then, under the new direction of Hawkeye, the Thunderbolts formed a kind of team that did a much darker heroic work than the X-Men, Avengers and Four. The team of anti-heroes blackmailed, tortured and even killed some villains as needed, all at the behest of the government or not.

The original team formed by the Masters of Evil had to be given a codename and new uniforms, as their reputation was far from good.

The first formation managed to have its small success until a certain time when Zemo’s plan failed. Hawkeye continued the heroics of the Thunderbolts, taking on villains like Graviton, the Purple Man (from Jessica Jones) and Baron Von Strucker (from Avengers: Age of Ultron).

The Thunderbolts’ turnover was one of the team’s biggest traits, as, in and of itself, the team was quite shaky in terms of legality. Countless crises happened in the more than two hundred appearances in the comics, among them: the arrest of Hawkeye, the return of Zemo manipulating a hero and the battle with the Avengers.

And for not being a solid team, some emblematic characters were already part of the group:

After a few years, the Thunderbolts returned to the comics with a reboot. Led by the Red Hulk (General Ross, very famous MCU), the team had Elektra, Moon Knight, Punisher, Ghost Rider, Agent Venom and Deadpool. However, this idea did not work out very well and was canceled soon after.

Who from the MCU should appear in the Thunderbolts movie?

If during this article your brain has already established some good links with what Marvel has been doing so far, you are on the right track!

According to Deadline, the newspaper that leaked information about the movie Thunderbolts, one of the most likely names to join the cast are Yelena Belova (Florence Pugh from Black Widow), Taskmaster (Olga Kurylenko from Black Widow), American Agent (Wyatt Russell from Falcão and Winter Soldier) and Baron Zemo (Daniel Brühl from the entire Cap saga).

If we stop to analyze the history of villains and antiheroes, there’s no way not to assume that some good figures will win their screen moments again. Characters like Ghost of Ant-Man and the Abomination of She-Hulk may be possible names of the new Thunderbolts team.

If Marvel is really trying to make its Suicide Squad, the plot must go through well-known names from dark pasts that will add a lot to the story. One of the most coveted names for this new work is Countess Fontaine, from The Falcon and the Winter Soldier, since, even with the protagonist’s pose, the character’s future was not explored on screen.

It is still possible that our hat lover, Kevin Feige, will cross some production boundaries, exploring much more the presence of iconic characters in the universe. What Marvel doesn’t lack is baggage to create a good movie with a breathtaking plot. If the multiverse didn’t prove to be the limit, bandit certainly can’t be.

The game will be released for Playstation 5, still no release date It seems that …