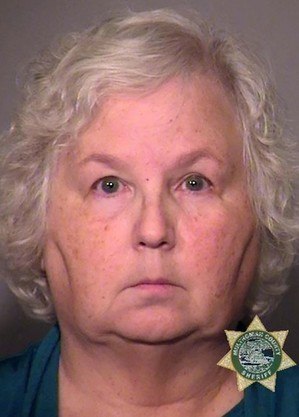 The author of the essay “How to murder your husband” was sentenced to life in prison in the United States on Monday (13) for the murder of her partner.

Nancy Crampton Brophy, 71, will be eligible for parole in 25 years, according to a ruling by an Oregon judge.

The details of the case were covered during a month-long trial in which she was accused of buying a gun online to kill her husband and receiving thousands of dollars in life insurance.

The gun, which she says was purchased while researching a book, was never found.


Chef Daniel Brophy was found in June 2018 on the floor of a classroom at a culinary institute where he worked. He had two bullet hits.

Security footage showed his wife driving in the area around the same time.

The author signs a series of novels entitled “Wrong Never Felt So Right” and which includes titles such as “The Wrong Husband” and “The Wrong Lover” wrong lover).

She says she doesn’t remember having been there, but says she could have been in the neighborhood looking for inspiration for a new work of fiction.

Crampton Brophy denied the murder and insisted that the years of economic hardship were a thing of the past and that she had no reason to kill her husband.

“Would I ask you where the motivation is? An editor would laugh and say, ‘I think you need to work on this story more, there’s a hole in it,'” he said during his trial.

Your lawyers will appeal the decision.

The essay “How to murder your husband”, available on a blog, addresses methods and reasons for getting rid of an undesirable partner. Among them, financial profit and the use of firearms, despite considering them “noisy, dirty and requiring a certain skill”.

“But what I do know about murder is that each of us carries it inside us when we’re pressed hard enough,” he says.