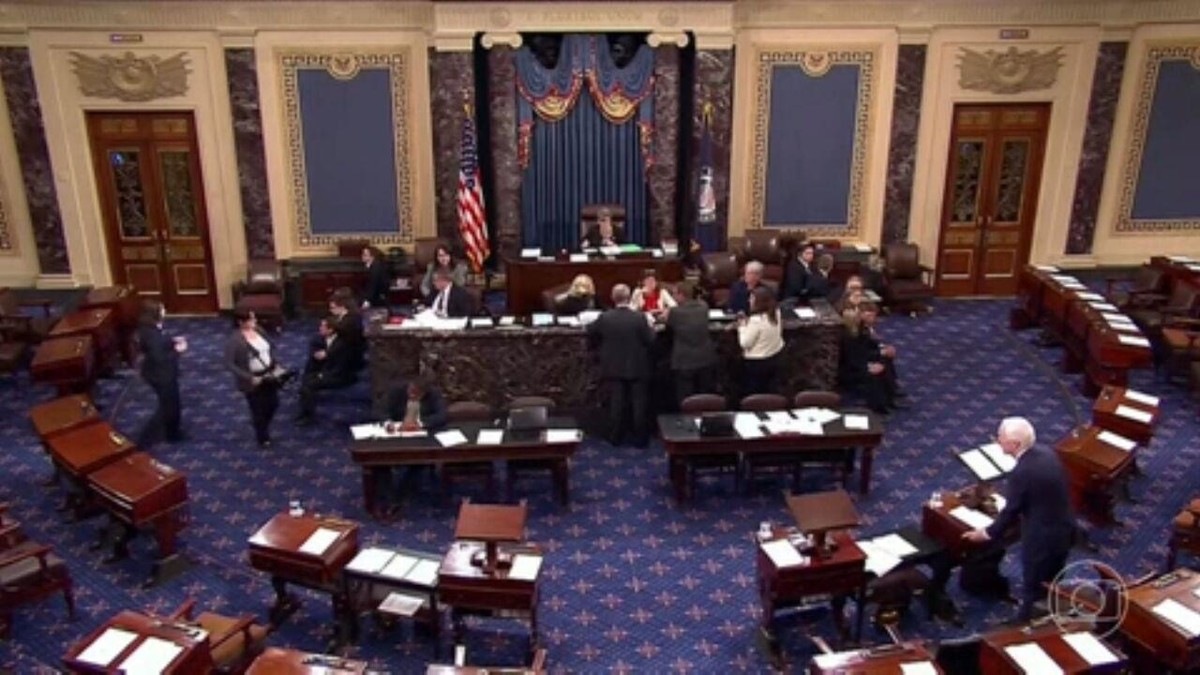 It is timid, but represents progress, the bipartisan agreement announced this Sunday (12) by US senators in an attempt to contain the armed violence that proliferates like an epidemic in the United States.

The proposal abandons expectations of raising the minimum age to buy rifles from 18 to 21, but advances in background checks on buyers..

The consensus, although incipient and not yet drawn up, also means that both parties have yielded to their convictions.

Democrats understood that a modest deal was better than nothing. They managed to co-opt the ten necessary Republicans to avoid obstruction in the Senate and end a more than two-decade stalemate on the gun control issue.

If this nine-item bipartisan proposal is turned into legislation, it will be possible to establish, with federal funding, the so-called red flag laws, which allow police to confiscate weapons from people deemed dangerous to the community. And also the allocation of resources for mental health services and safety measures in schools.

The plan calls for tightening background checks on those under 21 before they can buy a gun. The two shooters from the supermarket in Buffalo, New York, and the elementary school in Uvalde, Texas, were 18 years old and acquired rifles without any difficulty.

The massacres accelerated a Republican response to gun control, even if it fell short of what the American president proposed a few days ago, in an emotional appeal to Congress interspersed with the word “enough”. Biden said he is ready to sign the new legislation into law as soon as it lands on his desk, although he acknowledges the limitations. “The deal doesn’t do everything I think is necessary, but it reflects important steps in the right direction,” he summarized.

In fact, it’s the biggest loophole gun control advocates have managed to open. There are some challenges ahead to overcome: The ten Republicans must resist pressure from gun groups, and Democrats must win the race to see the law passed before the midterm elections, which threaten to alter the configuration of Congress.

Previous Marquinhos Santos debuts in command of Ceará against Atlético-MG
Next Penultimate team qualifies, but former Everton Ribeiro teammate at Flamengo does not go to the World Cup