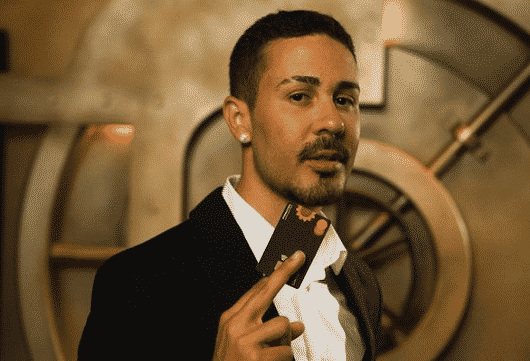 During the first 2 hours of launch, Girabank accounted for more than 2 million hits, would it be a threat to Nubank?

Last Friday (10), entrepreneur and digital influencer Carlinhos Maia announced the launch of his bank, the Girabank. What was not expected was the great demand for opening accounts: in the first 2 hours there were more than 2 million hits; would this situation then be a threat to Nubank?

Carlinhos Maia invested R$ 172 million in the digital group and chose the name Girabank, referring to the sunflower flower, which, because it has an important meaning for him, was the way he chose to attract his audience: sunflowers. Find out now how Girabank’s launch week is going and the influencer’s expectations for their new investment.

The surprising launch of Girabank

After 3 days of launch, Girabank counts 1.2 million active accounts, a number that surprised the financial market and raised the possibility of a threat to Nubank. However, in an exclusive chat with the editorial staff of Seu Crédito Digital, Gira’s advice said that “the new bank’s target audience is the unbanked population, seeking new ways and ways to offer financial services to this segment of the population.”

“We respect the trajectory of all current players and we believe that there is still a lot to be built in this country for this population”, he added. Girabank’s objective is to improve customer service and reach the population that moves billions of reais outside the banking system.

“So, understanding this gap in the market and the lack of access to credit, the bank’s main mission is to participate in the achievements of users through a more accessible and democratic financial path”.

However, the institution reported that some account opening requests were refused due to basic errors, such as:

“Girabank was born to be much more than a bank. It arrives with significant steps towards the social inclusion of a portion of the unbanked population. Very much in line with my life story, we aim to help small and medium-sized entrepreneurs, rural producers, traders, students and especially those who do not have a fixed income, who struggle every day and dream of a better future”, says entrepreneur Carlinhos Maia. .

Growth and concern about scams

In addition to initially having an international prepaid credit card, and not having a minimum income to subscribe to multiple services, Girabank provides other services that are attractive to the public, including credit and microcredit according to the user’s income and history. The bank will soon launch financial and non-financial services such as insurance and mobile telephony.

The organizational structure of the institution is distributed across São Paulo (administrative), Ceará (SAC) and Miami (administrative and technology), in the United States, as it has an advanced and innovative technological center to compose the structure.

However, according to the press office, Girabank is already facing a major challenge: “today our major concern is with people who are creating fake profiles and approaching people on our behalf in an attempt to scam”; therefore, we clarify that the institution’s official messages will never ask for passwords or card data. See the bank’s message for you below: