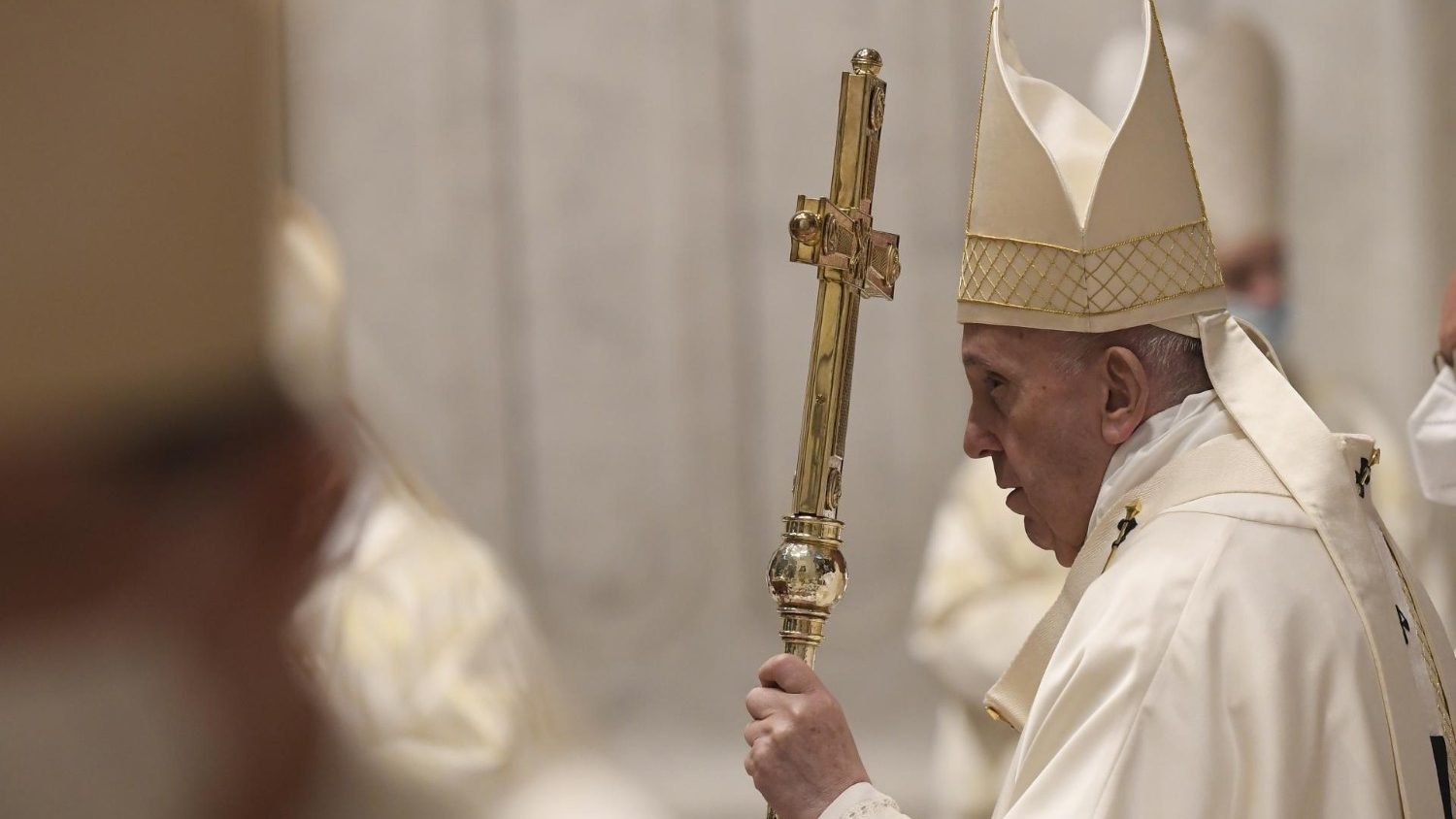 Corpus Christi: Mass and Procession will not be celebrated

The Holy See Press Office reports that the decision is related to the Pope’s health and the specific liturgical needs of the ceremony. The Church celebrates the Solemnity of Corpus Christi next Thursday, June 16

The knee pain that has been conditioning the Pope’s commitments for days, most recently the postponement of the apostolic trip to Africa scheduled for the first week of July, once again changes the agenda of papal celebrations. The Solemnity of Corpus Christi, with the procession with the consecrated Host, one of the most important feasts and among the most intense moments of prayer that has its origin in the 13th century, will not be celebrated. In fact, on the morning of Monday, June 13, the Vatican Press Office, in a communication to journalists, reported that “due to the limitations imposed on the Pope by gonialgia” (knee pain) and “due to the specific liturgical needs of the celebration , the Holy Mass and the Procession with the Eucharistic Blessing will not be celebrated on the occasion of the Feast of Corpus Christi“.

Therefore, not only the intention to protect the results that the medical treatment is bringing, but also because it is a very demanding celebration, which will take place on Thursday, June 16th. In the last two years, due to the threat of the Covid 19 pandemic, the Mass in the Solemnity that recalls the real presence of Jesus in the Eucharist had been celebrated with a limited number of faithful on the Altar of the Chair of Saint Peter’s Basilica and not in the of the Basilica of St. 2018with the celebration in Ostia, and in 2019in the Roman quarter of Casal Bertone.

Over the years, Pope Francis has emphasized various aspects of this Solemnity. First of all, the power to spend for others that comes precisely from the Eucharist:

“How many mothers, how many fathers, together with the daily bread cut on the table at home, have shared their hearts to make their children grow and make them grow well! How many Christians, as responsible citizens, have shared their lives to defend the dignity of all, especially the poorest, most marginalized and discriminated against!” (Corpus Christi Homily, May 26, 2016)

The previous year, Francis had highlighted that what allows us not to become disintegrated is precisely the Eucharist:

“Christ present in our midst, in the sign of bread and wine, demands that the strength of love overcome all lacerations and, at the same time, that it become communion even with the poorest, support for those who are fragile, fraternal attention to those who find it difficult to carry the weight of daily life, and are in danger of losing their faith.” (Corpus Christi Homily, June 4, 2015)

The Eucharist is not an abstract memorial, but a living memorial of God’s love, a sacrament inscribed in the spiritual DNA, the Holy Father recalled in Corpus Christi 2017:

“The Eucharist is the sacrament of unity. Whoever receives it cannot fail to be a builder of unity, because in him, in his “spiritual DNA”, the construction of unity is born. May this Bread of unity cure us of the ambition to prevail over others others, from the greed of treasuring up for ourselves, of fomenting discord and disseminating criticism; may it awaken the joy of loving one another without rivalries, nor envy, nor slanderous murmurings.” (Corpus Christi Homily, June 18, 2017).

And also in 2013 the aspect of communion had been central, while in 2014 the Pope had warned against the various types of food that are offered:

“But the only food that truly nourishes us and that satisfies us is what the Lord gives us! The food that the Lord offers us is different from the others, and maybe it doesn’t seem as tasty to us as certain foods that the world offers us. , we dream of other meals, like the Hebrews in the desert, who missed the meat and onions they ate when they were in Egypt, forgetting, however, that they ate those dishes at the table of slavery.” (Corpus Christi Homily, June 19, 2014)