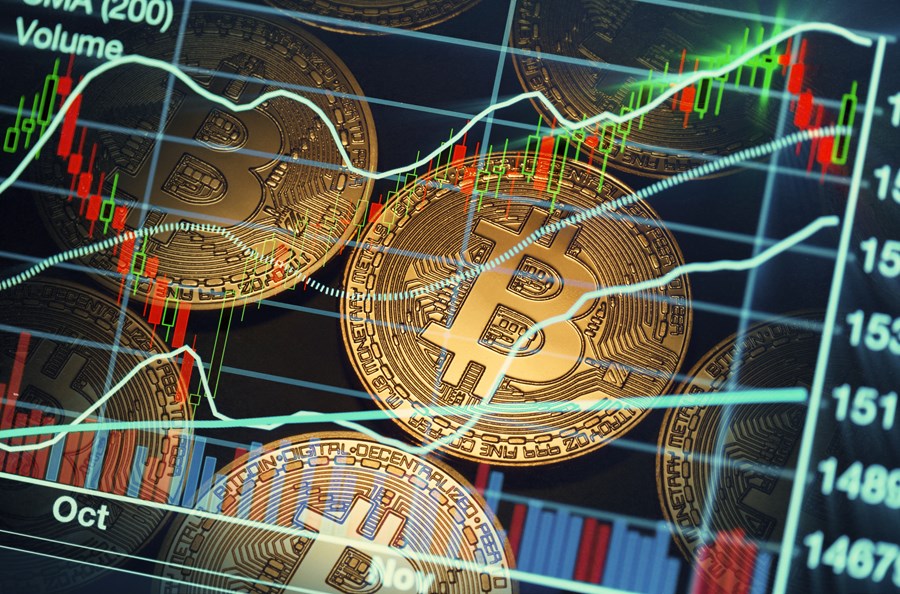 After falling to its lowest level since December 2020, Bitcoin (BTC) managed to stay above $22,000 on Tuesday (14), in a scenario where the cryptocurrency market capitalization was below $1. trillion for the first time since the beginning of 2021.

Meanwhile, the scenario remains negative for practically the entire market. Ethereum (ETH), the second-largest cryptocurrency by market cap, traded with slight losses around $1,200, also at its lowest level in over a year.

Cronos (CRO), cryptocurrency exchange Crypto.com, even dropped more than 20% yesterday amid news that the exchange laid off around 5% of its employees. Wrapped Bitcoin (WBTC) and Tron (TRX) also dropped sharply.

“Sentiment for cryptocurrencies is dire as the global market cap has dropped below $1 trillion,” said Oanda Senior Analyst Edward Moya. “Bitcoin is trying to form a base, but if the price drops below the $20K level, it could get even uglier.”

“As inflation proves to be an even tougher opponent than expected, Bitcoin and Ether continue to suffer severe bruises in the ring,” wrote Hargreaves Lansdown senior investment and markets analyst Susannah Streeter. “They are the main victims of risky asset flight as investors worry about spiraling consumer prices around the world.”

This drop in crypto also tracks the retreat in equity balls around the world. The S&P 500 dropped 3.8% yesterday, entering the so-called bear market, when an asset loses 20% of its value since the previous high. The Nasdaq tumbled 4.6% in the last trading session.

Investors will be closely watching the Federal Reserve meeting, which begins on Tuesday and is expected to culminate in a 50-bp hike in interest rates on Wednesday as part of an ongoing effort to contain inflation in high.

The move worsened after, later on Sunday night, with possible systemic risk from within the crypto market after cryptocurrency lending network Celsius halted withdrawals on its platform.

The company, which allows users to earn more than 17% returns on their cryptocurrency holdings, cited “extreme market conditions” as one of the factors behind its decision. This led to severe criticism among market watchers and accelerated the declines.

Check out the performance of the main cryptocurrencies at 7:15 am:

See the main crypto market news for this Tuesday (14):

The bill, which was passed by the state legislature, would impose a two-year moratorium on new carbon-fuel-powered PoW mining projects in NY, although existing mining companies or those currently in the process of renewing their licenses are authorized to continue operations.

According to the project’s Democratic supporter, State Senator Kevin Parker of Brooklyn, there is only one such plant in current operation that would not be affected by the project. He added that there is a pending order that could be put on hold until the study is completed.

During the moratorium, the state will conduct a study on the potential environmental impact of proof-of-work mining.

ScienceMagic.Studios Raises $10.3M From Coinbase Ventures, DCG And Others

ScienceMagic.Studios, a company that creates and advises on non-fungible tokens (NFTs) and social tokens, has raised $10.3 million in a pre-seed round, according to a press release.

The company is a joint venture between ScienceMagic.Inc, macro investor and founder of RealVision Raoul Pal, and cryptocurrency research firm Delphi Digital.

ScienceMagic.Studios will help Web 3 companies at various stages of development, from early stage branding to digital asset creation. The funding will help the company scale to meet demand.

Previous Away from Maracanã for 42 years, Vasco’s grandmother thanks you for affection after going viral: “I felt like a child” | vasco
Next Lady Gaga negotiates participation in musical sequel to the film Rolling Stone