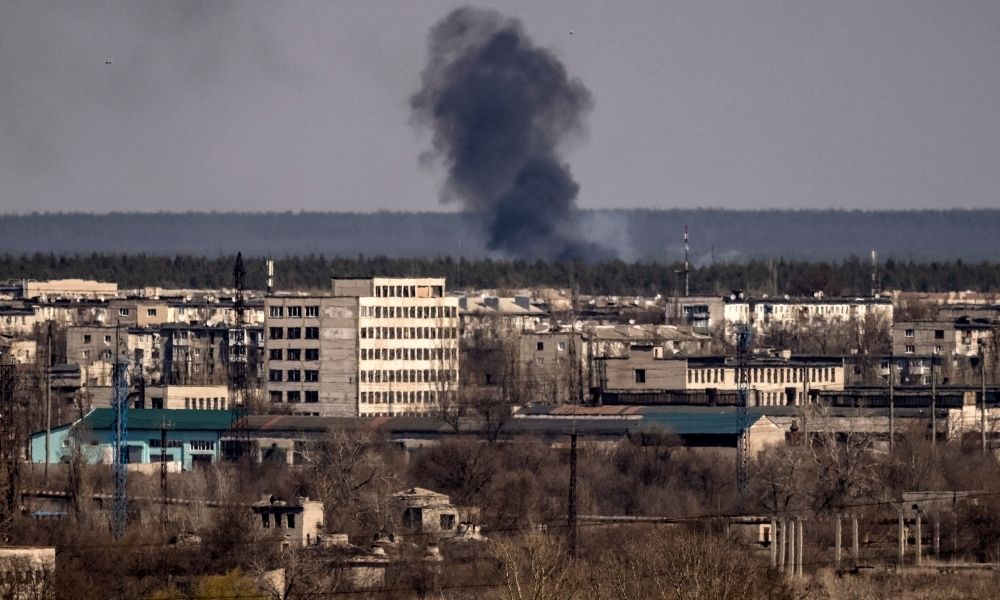 Sauli Niinistö warned of a ‘vertical escalation of the conflict’ against Ukraine, which will extend from 24 February

FADEL SENNA / AFPSmoke rises near the city of Severodonetsk, Donbas region, on April 7, 2022, amid Russia’s military invasion launched on Ukraine.

the president of Finland accuses the Russia to use weapons of mass destruction in conflicts against Ukraine, which extend since February 24. In a speech on Monday, 13, Sauli Niinistö warned of a “vertical escalation of the conflict” by the use of increasingly heavy weapons. “Russia has started to use very powerful weapons, thermobaric bombs that are, in fact, weapons of mass destruction,” said Niinistö, who also recognizes that Western countries have started to supply increasingly heavy weapons to Kiev, seeking to stop the advance of Russian troops. “The irrationality of the situation is reflected in the fact that both peace and a ceasefire agreement are considered risky, a chance to rearm. What can be done then?” asked the Finnish president. Ukrainian authorities have published videos of alleged Russian attacks with thermobaric bombs, whose supersonic booming wave can destroy everything in its path. Amnesty International also denounced the use of prohibited weapons by Russia, such as cluster bombs, which may have caused the death of hundreds of civilians in the Ukrainian city of Kharkiv.

Previous Xiaomi brings Redmi 10A and Redmi 10C to Brazil; know the prices | Cell
Next Jessica Alba joins Yahoo’s Board of Directors