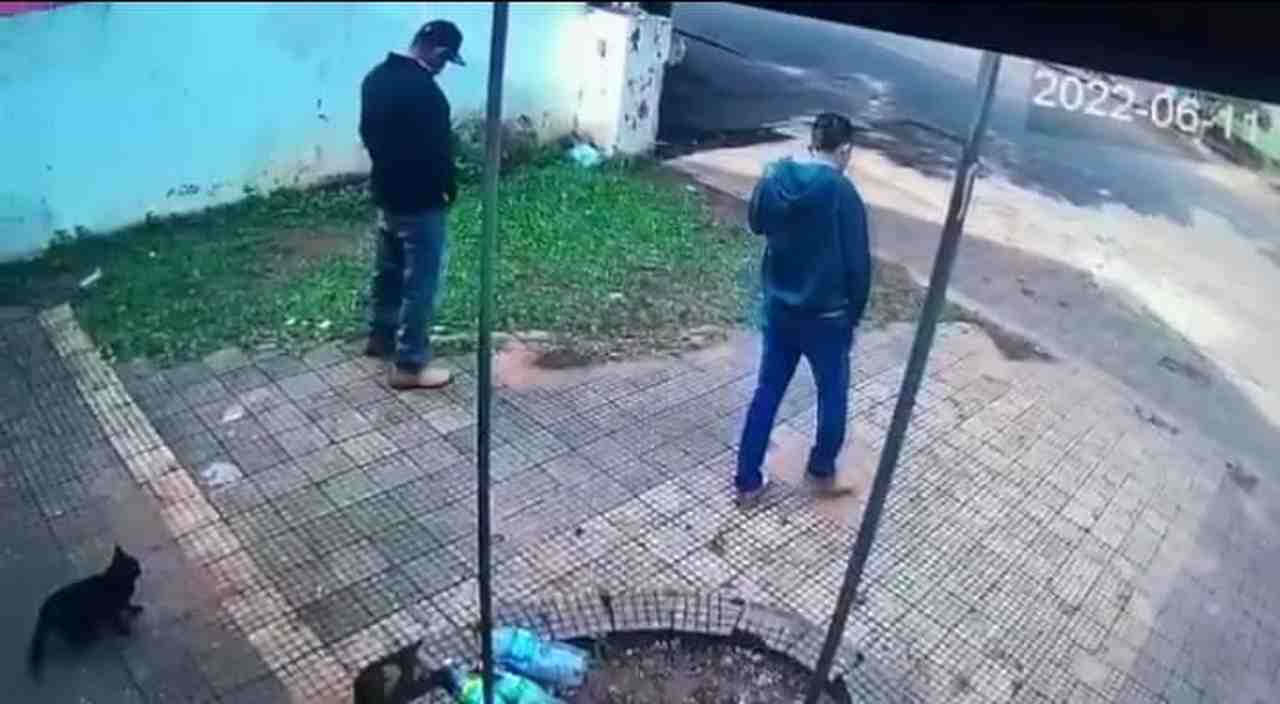 The main suspect in the death of noncommissioned officer Luis Alcibiades Peralta Dávalos, 36, who was executed with nine shots from a 9 mm pistol on the morning of last Saturday (11), was arrested on the morning of this Monday (13). He was on a travel bus on his way to Pedro Juan Caballero.

As Midiamax published recently, the National Police already had information about the main suspect in the crime. According to Commissioner César Casco, who is investigating the case, it is Carlos Villa Alta López, who was arrested in the Cristino Potrero neighborhood.

The agents, based on investigations, set up surveillance along the route at the top of the Cristino Potrero neighborhood, where they stopped public transport on which the suspect was traveling to Pedro Juan Caballero. When checking, the National Police confirmed that Carlos was wearing the clothes and also had similar characteristics to the gunman in the video.

The commissioner stated that the non-commissioned officer was in front of Capitán Bado’s office, accompanied by his father-in-law in the early hours of the morning, when a man got off a motorcycle, approached him and fired the shots.

In closed-circuit footage of the place, released this Sunday (12) by Midiamax, after firing, the gunman still kicks the policeman in the head before fleeing. The woman with a baby on her lap, who also appears in the images to help the victim, is the policeman’s wife, according to information from the commissioner.

Previous Juventude vs Santos: see where to watch the match valid for the Brasileirão
Next Amber Heard scenes in Aquaman can be deleted, says journalist