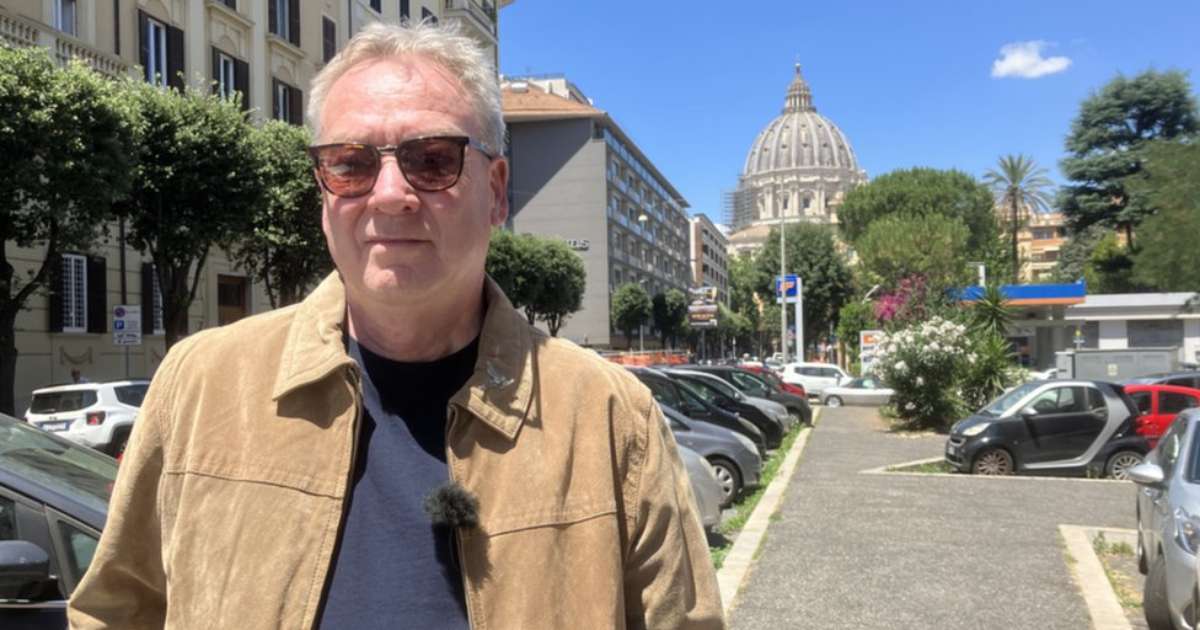 ‘I just want you to hear me’, says Brit who will report sexual abuse to Pope

When Briton Mark Murray tells Pope Francis about the sexual abuse he suffered as a teenager at a seminary, he just wants the Pope to listen.

Murray is one of seven men who were sexually abused as young men at St. Peter Claver College, in the north of England, and who will attend a meeting with the Pope in private this Monday morning (12/6).

Murray was repeatedly abused by a priest at the former seminary (priest preparatory school) for youth and adolescents between 1969 and 1974. When he joined the institution, he was 13 years old.

The Briton is one of 11 former seminarians who accepted a collective bargaining agreement of £120,000 during a lawsuit over abuses suffered in the 1960s and 1970s.

The men also received an apology from the Bishop of Leeds. Now they must share their testimonies with Pope Francis, after the body responsible for dealing with child sexual abuse in the Catholic Church helped organize the meeting.

“My statement will be more personal — what the Church’s handling of the case has done for me as a person and for my family,” says Murray, who is now a father of two.

“I have dealt with the issue of abuse as a child through years of psychotherapy. But dealing with the response of some institutions towards me is even more difficult.”

Murray said he has not been able to talk about the abuse he has endured for more than 20 years. In 1995, however, he managed to muster up the courage to file a civil suit to fight for recognition of what had happened.

“The Comboni men (the order that ran the seminary where the abuse took place) knew what happened, but they never admitted it,” Murray says of the motivation for the process.

“This meeting shouldn’t be happening now, it should have happened decades ago. If the Comboni Order had really listened to me in 1995, this could have already been resolved”, he says.

“We didn’t want what happened to us to happen to other people. So we pushed for a meeting with the person at the top of the Catholic Church hierarchy.”

Cardinal Vincent Nichols, head of the Roman Catholic Church in England and Wales, also attends the meeting on Monday. Nichols has recently come under fire for the way he handled a child sex abuse scandal at the church.

Leeds Bishop Marcus Stock, whose diocese the institution where the abuse took place was located, will also be at the meeting, having offered victims a “sincere and unreserved” apology last year.

The bishop apologized for the “pain and trauma experienced when (Murray) was a student and for the spiritual suffering and emotional anguish that continue to affect him to this day.”

Members of the Comboni Survivors Group, who have suffered abuse, hope the visit to the Pope will help them in their healing process, but say they still want justice.

The congregation that ran the seminary is now known as the Comboni Missionaries, but was once called the Sons of the Sacred Heart of Jesus and known as the Fathers of Verona. The mission was founded in 1867 by Italian Daniele Comboni as a male clerical group approved by the Catholic Church.

The group publicly apologized “for any abuse suffered by former seminarians” and added that they “recognise the harm done by child abuse.”

“It was with great sadness and regret that we learned of allegations of non-recent abuses concerning our former junior seminary which closed in 1984,” said a spokesperson for the Comboni Missionaries.

“We work hard to respond seriously and sensitively to complaints and claims made, we fully support and cooperate with the independent investigation into child sexual abuse — and we are working with a respected specialist charity to provide advice and facilitate meetings.”

The Catholic Safeguard Standards Agency (CSSA) said it would do “everything in its power” to help with “any issues of abuse and suffering related to the Church.”

“We are aware of the survivors’ concerns and are actively engaging with them and the Order’s representatives to bring them together and address those concerns,” said CSSA President Nazir Afzal.

Previous How to make a career transition?
Next Ark: Survival Evolved for PC is free on Steam