The largest bullfighting arena in the world, in Mexico City, has been banned from hosting shows since last Friday (10).

Judge Jonathan Bass issued an order in late May banning performances at the venue. The action had been initiated by an organization called Just Justice.

One of the association’s lawyers, Mariana Ruiz Albarrán, said, in an interview with Infobae, that the decision is not yet final.

Just Justice argued that bullfighting violates the right “to a healthy environment”, which would be a violation of human rights — this relationship between the environment and human rights has already been incorporated by the Mexican judiciary.

“Society is interested in respecting the physical and emotional integrity of all animals because they are living beings that are part of ecosystems and, thus, contribute environmental benefits that are essential for human beings,” he said.

The Justice of Mexico has been discussing since 2019 whether to prohibit or allow bullfighting.

The argument in favor of the show is that it is a cultural manifestation. Opponents of bullfighting say that bulls are bullied to death at these events.

In the Legislature there are also discussions, and the concerns are different: there are fears that the ban will end jobs. 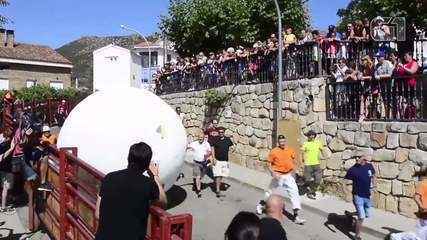 In the Mexico City Chamber there has not yet been a final vote, but there are indications that the majority is in favor of the ban.

In an initial vote in December 2021, there was a majority to end bullfighting at the Monumental.

According to “El País”, both groups against and in favor of bullfighting try to influence political discussions, but the decision must be taken by the courts.

The rule for Mexico City should be extended to the entire country.