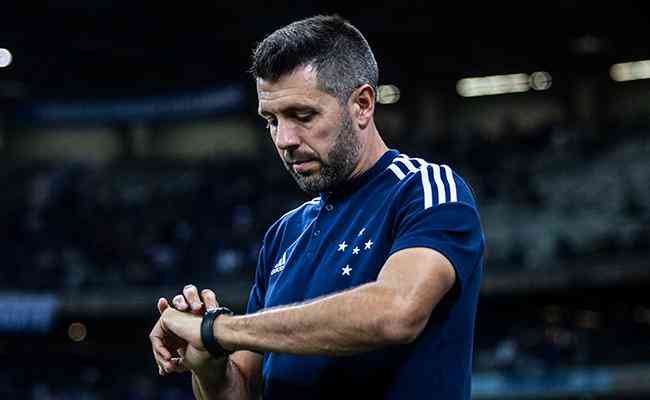 Pezzolano becomes a foreign coach with more games for Cruzeiro

Paulo Pezzolano will become the foreign coach with the most games for Cruzeiro in history. The Uruguayan reached 31 appointments and surpassed the Argentine Filpo Nuez in the Raposa’s duel against Ponte Preta, this Thursday (16), at 4 pm, in Mineiro.

Since arriving at Cruzeiro, in January of this year, Pezzolano has commanded the team in 30 games. There were 21 victories, two draws and seven defeats – taking advantage of 72.2% of the disputed points. The Uruguayan was runner-up in the Campeonato Mineiro and leader of Serie B in the Brazilian Championship.

Already Filpo Nuez had no use or similar. In the same 30 games, the Argentine won 11, drew eight and lost 11 – using 45.5% of the points played. He had two stints at Toca: in 1955, when he commanded Raposa in 18 matches, and in 1970, when his stint lasted just 12 games. The numbers are from the Almanaque do Cruzeiro.

In addition to being the greatest foreign coach in Cruzeiro’s history, Pezzolano is the one who most commanded the team since the departure of Mano Menezes, in 2019, the year in which the team was relegated to Serie B. With 30 games, he surpassed Rogrio Ceni, Abel Braga, Adilson Batista, Enderson Moreira, Ney Franco, Felipo, Felipe Conceio, Mozart Santos and Luxemburgo.

The Uruguayan’s aggressive and intense game model has excited the fans, who created a ‘campaign’ for Pezzolano to stay at Toca da Raposa II. On social networks, all posts praising the coach’s work are followed by negative comments from Cruzeirenses. The strategy is to prevent opposing teams from trying to take the coach out of Belo Horizonte.