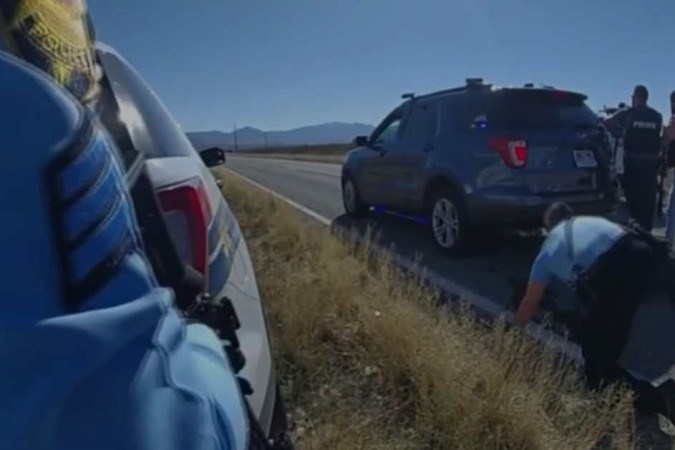 Body camera footage of police officers recorded the moment an agent shoots the kidnapper of a baby while he was holding the child in his arms, in Utah, Arizona, in the United States.

The incident took place in February of this year, but the videos were only released after a request from the television station. KUTV.

Oscar Alcântara, 30, was running away from police due to another incident, when he got into a woman’s car with her son still inside the vehicle. After a chase, officers tried to get the man to hand over the baby.

However, Alcântara got out of the car with the child on her lap and pointed a gun at her. As the police tried to negotiate with the man, gunmen positioned themselves and shot the kidnapper, still with the baby in his arms. The man died and the child was not injured.