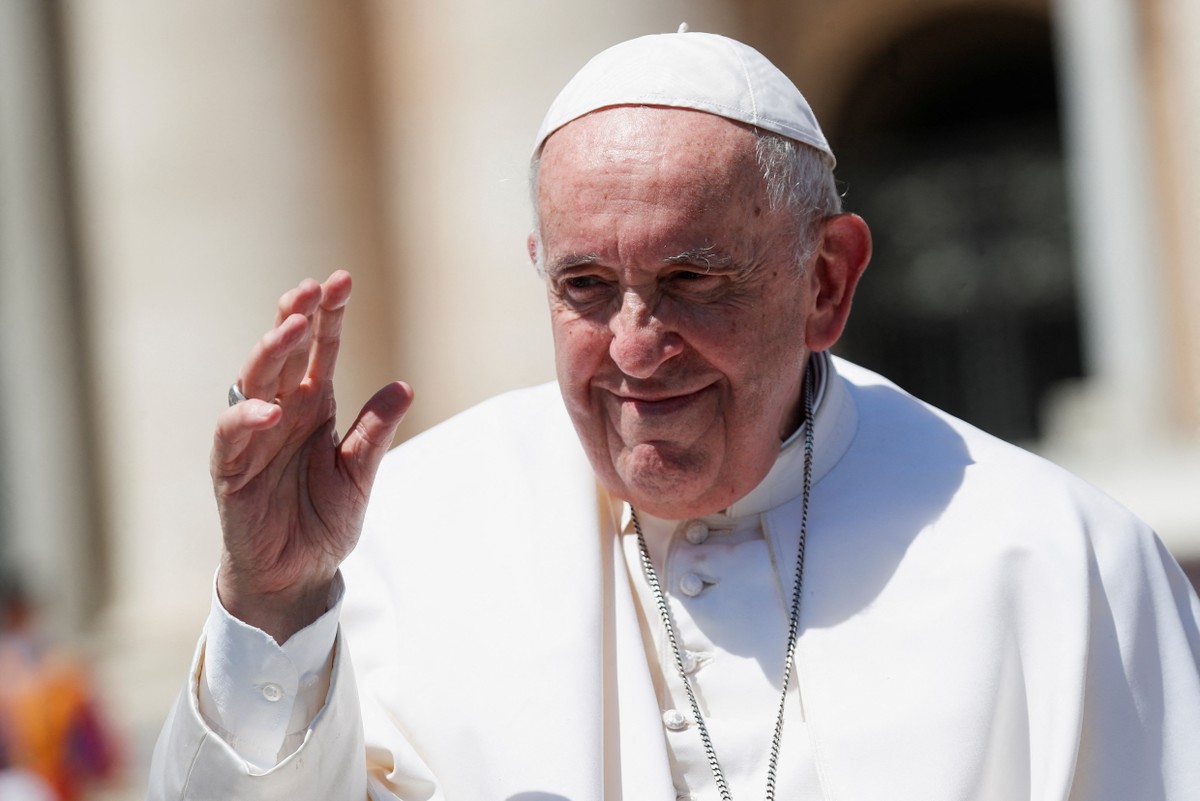 Pope criticizes Russian ‘cruelty’, but considers that war may have been provoked | World

Pope Francis has made a new series of attacks on Russia for its actions in Ukraine, saying its troops were brutal, cruel and ferocious, while praising “brave” Ukrainians for fighting for survival.

However, in the text of a conversation he had last month with editors of the Jesuit media and published this Tuesday (14), he also said that the situation was not black and white and that the war might be “in some way provoked”. .

While condemning “the ferocity, the cruelty of Russian troops, we must not forget the real problems if we want them to be resolved,” Francis said, including the arms industry among the factors fueling the war.

A Ukrainian soldier fires a grenade launcher amid Russia’s invasion of Ukraine in Bakhmut, in the Donbass region (Photo: Gleb Garanich/REUTERS)

“It is also true that the Russians thought it would all be over in a week. But they miscalculated. They found a brave people, a people who struggle to survive and who have a history of struggle,” he said in the transcript of the statement. the conversation, published by the Jesuit newspaper Civilta Cattolica.

“That’s what moves us: to see such heroism. I would really like to emphasize this point, the heroism of the Ukrainian people. What is before our eyes is a situation of world war, global interests, arms sales and geopolitical appropriation, which is to martyr a heroic people,” he said.

Pope during an event at the Vatican on June 11, 2022 — Photo: Remo Casilli/REUTERS

Francis said that several months before President Vladimir Putin sent his forces to Ukraine, the pontiff met with a head of state who expressed concern that NATO was “barking at Russia’s gates” in a way that could lead to war.

Francis then said in his own words: “We don’t see all the drama unfolding behind this war, which perhaps was somehow provoked or not avoided.”

Asking rhetorically if that made him “pro-Putin,” he said, “No, I’m not. It would be simplistic and wrong to say such a thing.”

Russia calls its actions in Ukraine a “special operation” to disarm Ukraine and protect it from the fascists, a characterization previously criticized by Francis. Ukraine and the West say the fascist claim is unfounded and that the war is an unprovoked act of aggression.

In his comments, Francis also noted Russia’s “monstrous” use of Chechen and Syrian mercenaries in Ukraine.

Russian Patriarch Kirill during an event in 2019 — Photo: Sergey Pivovarov/REUTERS

Francis said he hopes to meet Russian Orthodox Patriarch Kirill at an interfaith event in Kazakhstan in September. The two were supposed to meet in Jerusalem in June, but the trip was canceled because of the war.

Kirill, who is close to Putin, has fully supported the war in Ukraine. Francis said last month that Kirill could not become “Putin’s altar boy”, prompting an outcry from the Russian Orthodox Church.

In conversation with the Jesuits, Francis said he told Kirill during a video call in March: “Brother, we are not clergy of the state, we are pastors of the people.”