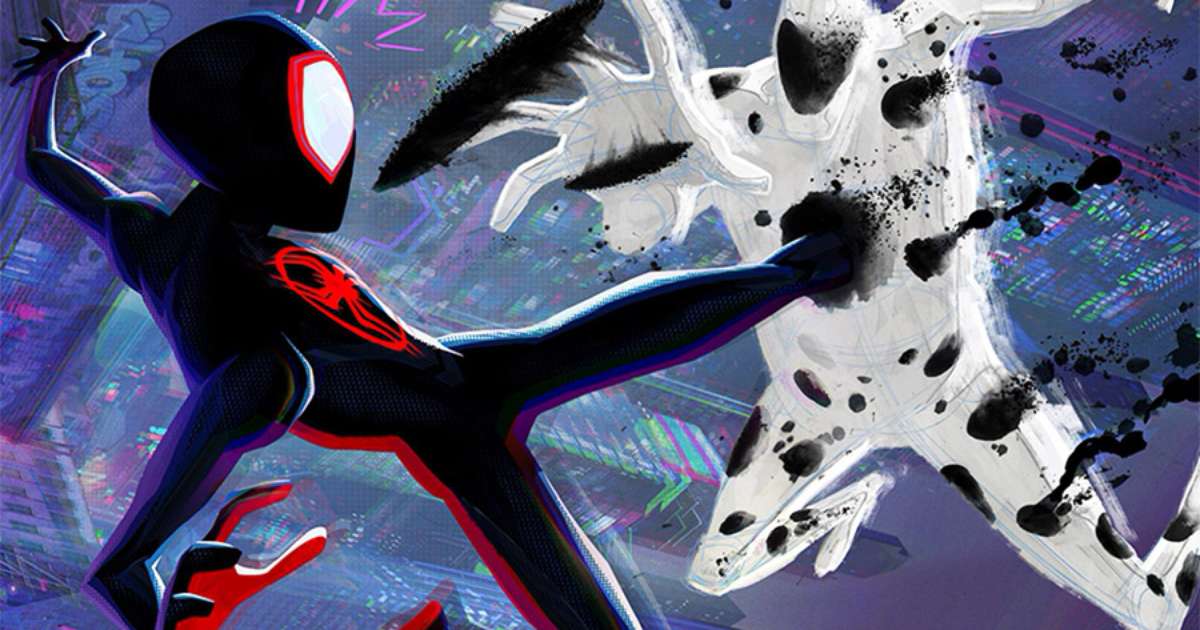 “Spider-Man Through the Spider-Verse” Reveals Its Villain

Sony released on social media the first image of the villain of “Spider-Man Through the Spider-Verse”, new animation of the hero of Marvel. The character chosen to torment Miles Morales was The Spot, who will be voiced by Jason Schwartzman (“Moonrise Kingdom”).

In a Twitter post, the studio described the character, introduced to the comics in 1984, as “Miles Morales’ most formidable foe to date”.

The three directors of the film also spoke about the production and the choice of villain this Monday (13/6) during a panel at the Annecy Festival, in France.

“For those of you who aren’t hardcore geeks, Stain is one of the darkest references in Spider-Man’s rogues gallery,” co-director Kemp Powers said at the event. “But he has a superpower that really excited our entire team: his entire body is covered in tiny interdimensional portals that can send him anywhere he wants to.”

In the film, the villain will use these portals as weapons against web-slingers Miles Morales (voiced by Shameik Moore) and Gwen Stacy (Hailee Steinfeld). In addition to the duo, who return from “Spider-Man: Into the Spider-Verse”, the production will also feature new heroes, such as Spider-Man 2099 (Oscar Isaac) and Jessica Drew (Issa Rae).

“Spider-Man Through the Spider-Verse” is scheduled to premiere on June 1, 2023 in Brazil, one day before the US release.

Meet The Spot, Miles Morales’s most formidable foe yet. 🕳 Voiced by Jason Schwartzman, see him in action in Spider-Man: Across the #SpiderVerseexclusively in movie theaters June 2, 2023. pic.twitter.com/1aAmMjMcpX