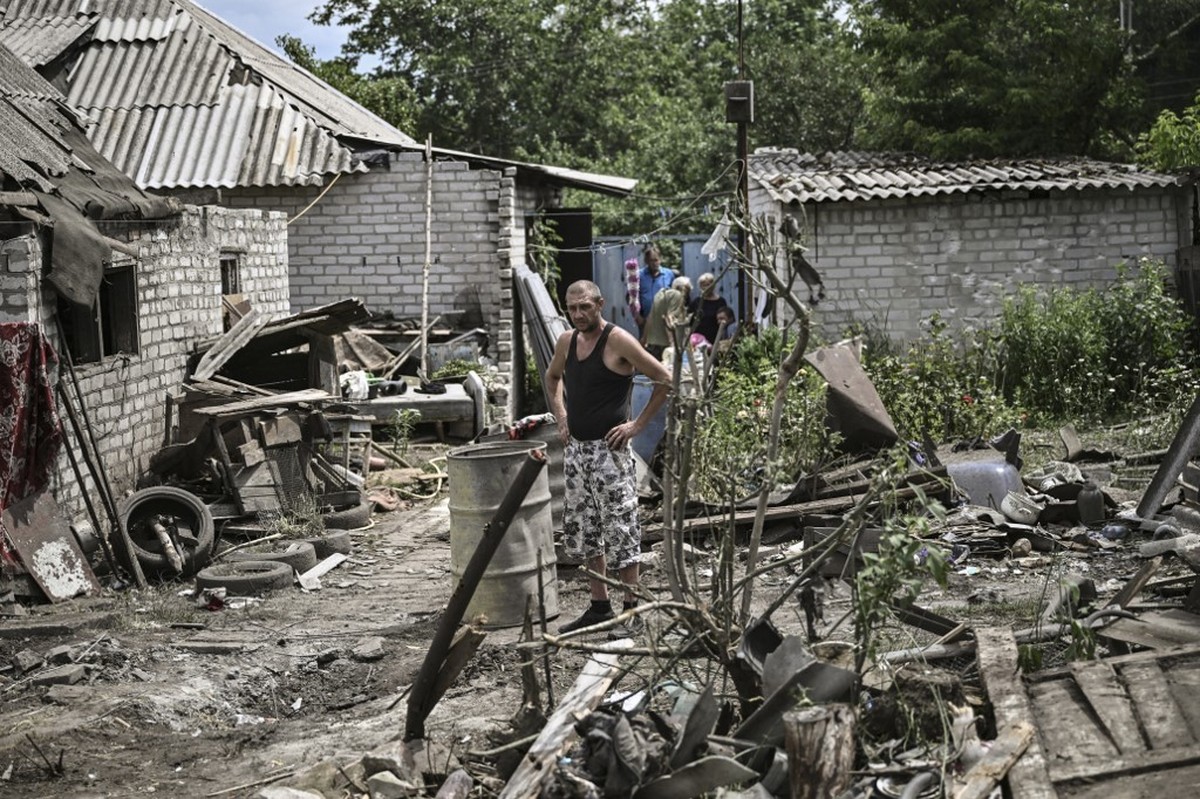 The anguish of residents of Lysychansk, eastern Ukraine | Ukraine and Russia

Red-eyed Maksim Katerin shows freshly dug graves in the garden to his mother and stepfather, killed in Russian bombings in the eastern Ukrainian city of Lysychansk. On Sunday (12) afternoon, a shell destroyed the garden of de Maksim’s residence and instantly killed his mother, Natalia, and her husband, Mikola, both 65 years old..

Since then, residents of the city, hit by Russian attacks, no longer have access to clean water, electricity or a telephone network. Lysychansk and neighboring Severodonetsk are crucial to the Russian advance towards the capital of the Donbass region. which remains under the control of Kiev, Kramatorsk.

A woman wounded after a battle between Ukrainian and Russian troops is treated by a Ukrainian soldier in Lysychansk, in the east of the country, on June 13, 2022. — Photo: Aris Messinis/AFP

For several days, Ukrainian artillery has been positioned in the elevated areas of the city to attack enemy troops in Severodonetsk, or across the Donets River and already largely controlled by the Russians.

“Here are their graves. The bomb fell right here,” says Katerin, pointing to an area of ​​the garden. “I don’t know who did this, but if I did I would rip the person’s arms off,” she adds.

A resident of Lysychansk, in eastern Ukraine, mourns the death of her neighbor and her husband in a bombing from Russia that hit the couple’s garden on June 13, 2022. — Photo: Aris Messinis / AFP

Her neighbor, Yevgueniya Panicheva, can’t hold back her tears. She says her mother Maksim “was lying there with her stomach ripped open. You could see her intestines. She was a kind and helpful woman.”

“Who did this? They bomb and bomb and we don’t know what to do”, he laments.

The two weren’t the only Lysychansk residents who died tragically on Sunday: a six year old boy also diedannounced the local police, who released a photo of the crater caused by the fateful bombing.

A pre-war city of nearly 100,000, Lysychansk is virtually deserted these days. In the streets, cut electrical power cables are hanging from poles, shops have been burned to the ground and some properties still have smoke from an attack.

A police officer describes the situation in one word: “chaos”. “The Russians bomb the center relentlessly,” he says. “It happens all day, it never stops,” says another security force.

“Every day the bombings get more intense,” confirms Oleskandr Pokhna, a lieutenant colonel in the special forces of the police in the Lugansk region, where Lysychansk is located.

A mortar explodes on the side of the main road leading to the city of Lysychansk, in eastern Ukraine, on May 26, 2022. — Photo: Aris Messinis/AFP

During a visit to the site, correspondents from the France Presse news agency heard the incessant noises of the bombings. At the entrance to the city, craters can be seen on the road and a cluster bomb. A building that housed a checkpoint is on fire.

The few inhabitants who dare to leave the house, on foot or by bicycle, line up to get green water at the fire station.

It is impossible for these people to leave the city due to lack of money or the presence of relatives and domestic animals that they cannot imagine leaving, they explain. “We have five-year-old twins, so we can’t go anywhere,” says Serguei, a worker in the metallurgical sector. “Then we wait sitting in the basement.”

Others are waiting for the resumption of peace talks between Ukraine and Russia towards the end of the war. “Can’t we reach an agreement? We need an effort to achieve it,” Galina said. 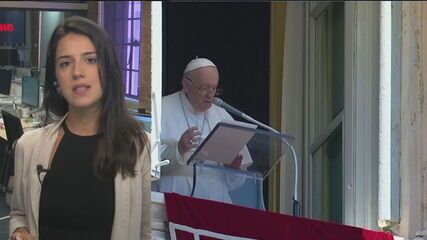 For many residents of Lysychansk, cut off from the world and all information for several weeks, it is the Ukrainians who bomb the city. “They don’t consider us human beings. They treat us like pro-Russian separatists,” adds the furious woman who refuses to reveal her last name.

An old man nods his head: “And yet they were our people, the Ukrainians.

In this mostly Russian-speaking region of eastern Ukraine, many people feel closer to Moscow than Kiev.

Previous Recipe auctions iPhone XR and other Apple items; see how to participate
Next Guardians of the Galaxy Vol. 3 adds Nico Santos to the cast