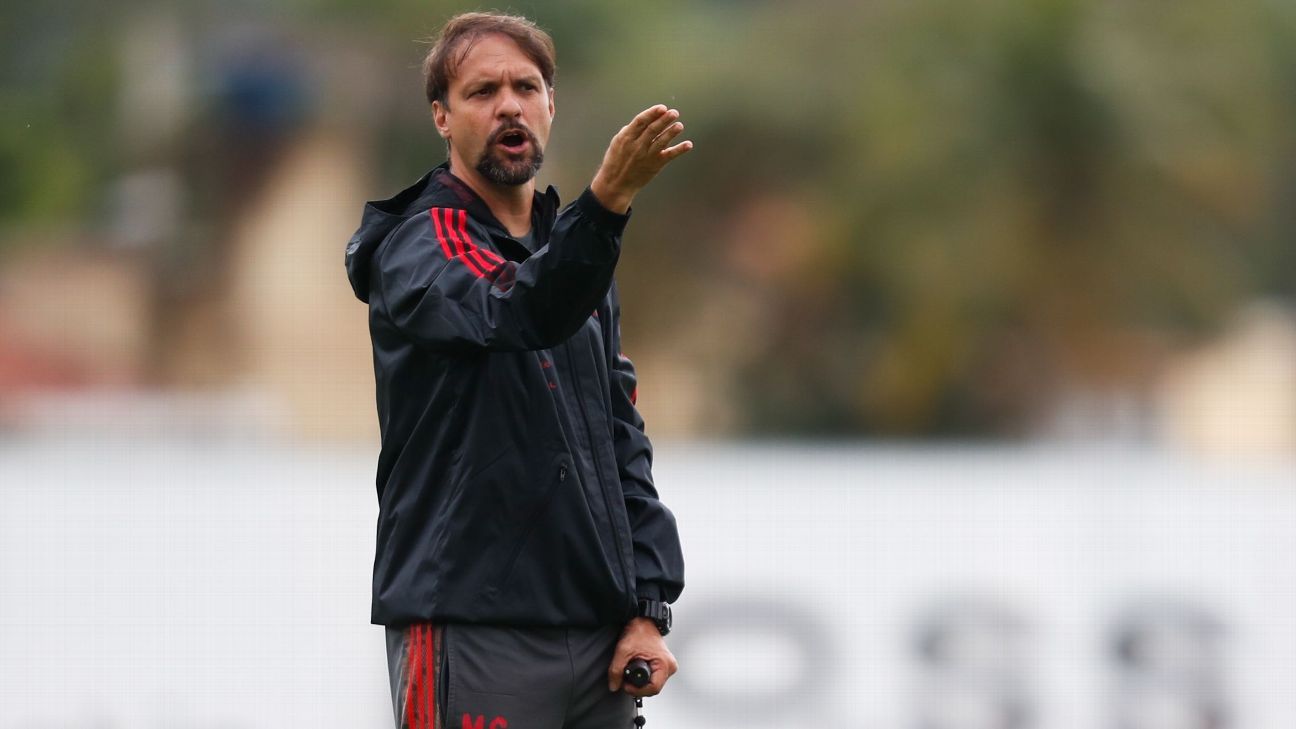 Portuguese João Eduardo will work for the first time alongside Maurício Souza, announced as Vasco’s new coach this Monday (13)

This Monday (13th), Vasco announced Maurício Souza as his new coach. The professional, however, is not the only novelty to compose the club’s technical committee. In addition to it, Portuguese also arrives John Edwardto be assistant coach.

And according to the ESPN, Maurício Souza’s assistant participated in a selection made by Vasco himself to assume the position in the permanent technical commission of the carioca club. O Cruzmaltino was the one who carried out the entire operation, without the participation of the North American company 777 Partnerswhich is heading to acquire 70% of Vasco’s Sociedade Anônima do Futebol (SAF), which only gave the endorsement for its hiring.

João Eduardo has not yet worked with Maurício Souza in his career, and the two will meet at the beginning of their work at the Rio club. And the new assistant coach brings experience in Europe, Asia and Brazil, including as a head coach and even a performance analyst.

The Portuguese also had internships with some of the main coaches, and also clubs, in world football. With a ‘B’ license from UEFA, the highest body in European football, João had experiences with Jose Mourinho at the Manchester Unitedin 2018Besides Ernesto Valverdein 2019at the barcelona.

As head coach, João spent time at Benfica, where he worked at the Portuguese club’s football academy in China, in addition to two other Portuguese teams, Oeiras and Desportivo dos Olivais de Moscavide.

Last year, he had his first experience in Brazil, as assistant coach of cuiabáwhere he worked alongside Alberto Valentinewhich also passed through Vasco, between 2018 and 2019.