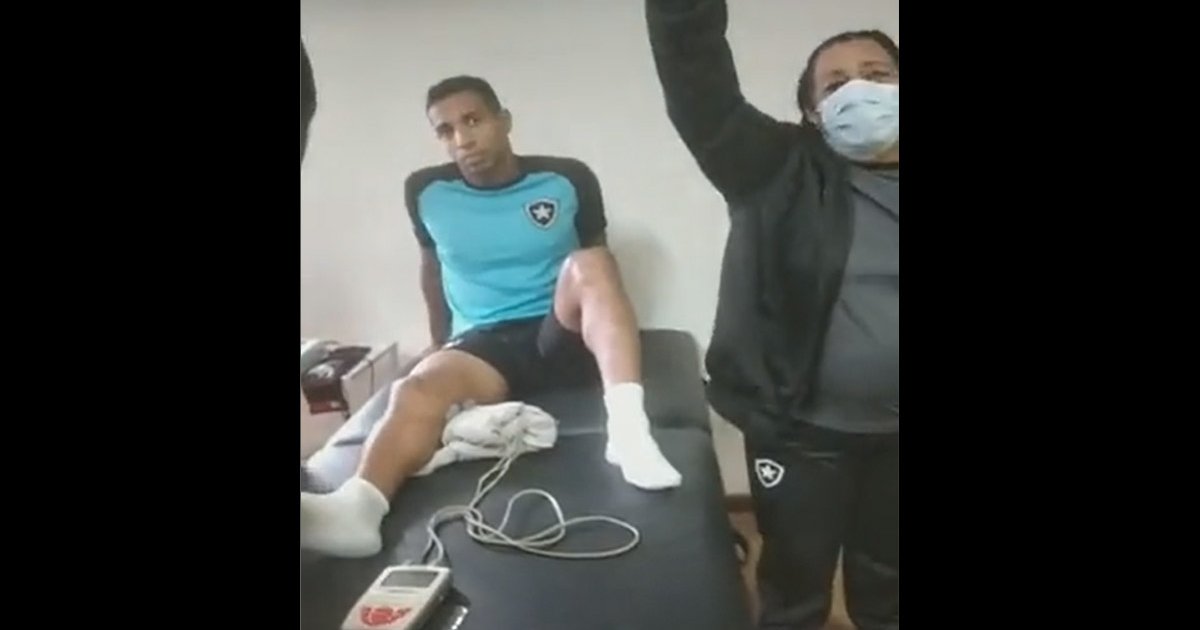 After being intimidated by fans, Victor Sá tells family he is thinking about leaving Botafogo, reports reporter

The invasion of fans from an organized supporters of the Botafogo to Espaço Lonier this Wednesday morning begins to have consequences. According to journalist Venê Casagrande, forward Victor Sá – one of those who were intimidated by fans in the physiotherapy sector – called scared family members, threatening to leave the club.

– Victor Sá called his family, like his brother, who helps him manage his career, and said: “I’m scared and I want to leave”. It is obvious that he may have said this in a moment of adrenaline, scared to death, he may later cool his head and say that he doesn’t want to leave anymore. But when a player says that, you see the inconvenience it causes, how it affects the weather – reported Venê, during the “SBT Sports Rio” program.

According to the journalist, Victor Sá intends to have a conversation with the board and is considering terminating the contract. The thing!” also informs that the striker will not enter the field this Thursday, against São Paulo, for the Brazilian Championship.

In addition to him, other players who were being treated at the DM had contact with fans and were charged, such as Lucas Fernandes, Del Piage, Kayque and Diego Gonçalves.