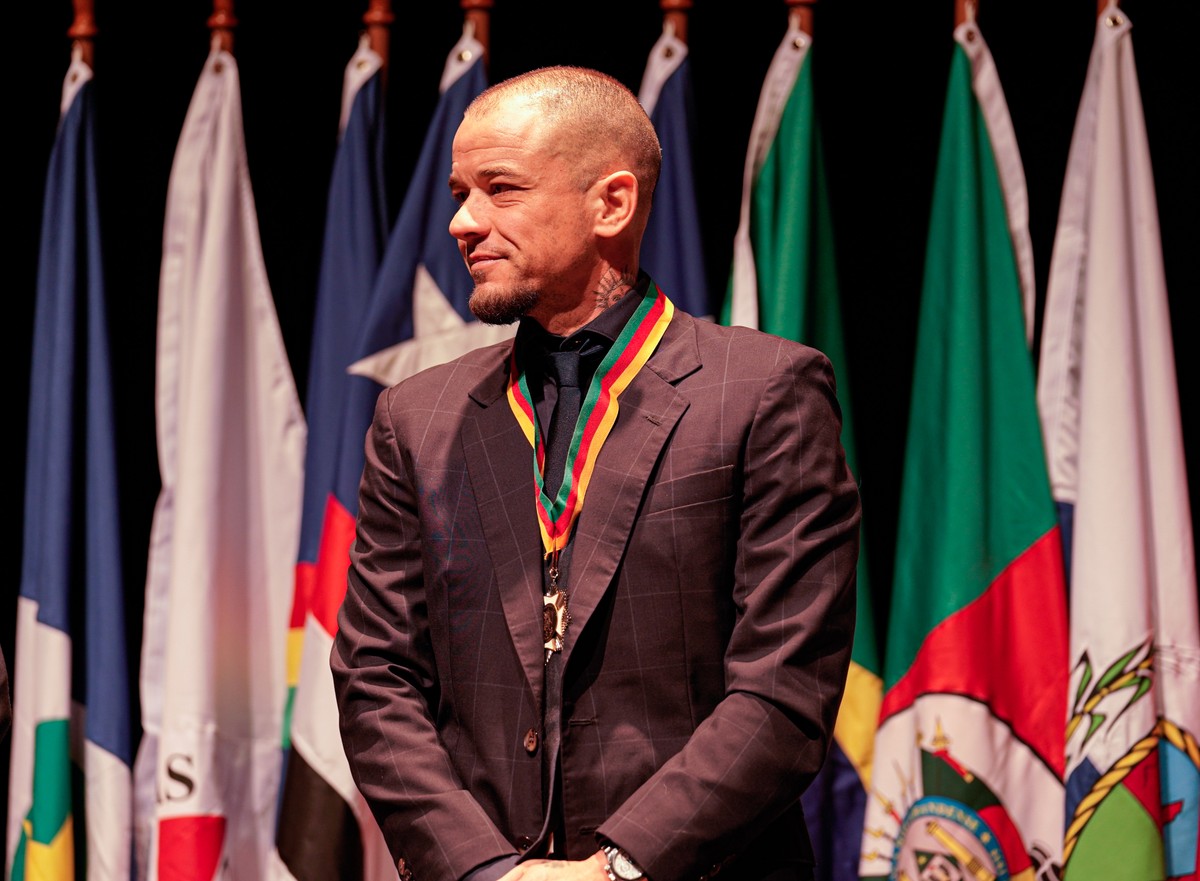 D’Alessandro receives homage in the Legislative Assembly of RS: “Pride as a gaucho and Brazilian” | football

Former player D’Alessandro received the Medal of Merit Farroupilha at the Legislative Assembly of Rio Grande do Sul this Tuesday morning. The distinction is the highest in the state granted to personalities with relevant services to the economic, social and cultural development of the state.

The idea of ​​honoring D’Alessandro was proposed by state deputy Juvir Costella. At the age of 41, the Argentine retired from football on April 17, in Inter’s victory over Fortaleza, in Beira-Rio, for the 2nd round of the Brazilian Championship.

After receiving the honor, at an event held at the Dante Barone Theater, in Porto Alegre, D’Alessandro spoke and thanked him for everything the state offered him, including the respect of the two fans, that of Inter, the club he defended, and also of the rival Guild.

– It is a feeling of pride as a gaucho and Brazilian that I am today to be able to have my identity in a country that has given me and given me everything, since I arrived in 2008, and to have surpassed the limits of our rivalry and clubism, which in our state It’s very big. The Colorado fan obviously earned their respect through work, but the Grêmio fan I think recognizes the work and the person I am off the field. Feeling of belonging for the reception of Porto Alegre and Rio Grande do Sul with me and my family. This is priceless. What Rio Grande do Sul did for my family is something I will take with me for the rest of my life. I feel gratitude for the gaucho people. A feeling of accomplishment for transmitting social values ​​and leaving a legacy to Rio Grande do Sul society – said D’Alessandro in part of his speech.

Still as a player, but outside the field, D’Alessandro became active in the social area by developing and executing Lance de Craque, a charity game that took place annually in Porto Alegre, as an ambassador. In six editions, the event raised more than R$ 3 million, donated to 30 social institutions and needy entities in the state.

The Argentine is also an ambassador for the Children’s Cancer Institute for all of Latin America. For 30 years, the project has helped children and adolescents with cancer from 0 to 19 years old, with the aim of increasing cure rates and the quality of life of patients and their families.

This was not the first honor received by D’Alessandro in Rio Grande do Sul. In 2015, the Argentine, now with Brazilian citizenship, received the title of Citizen of Porto Alegre. At the time, the ace had been at Inter for seven years. In total, there were more than 11 seasons with the colorada shirt, 529 games, with 97 goals scored and 12 titles.

Previous what to buy with a prize of R$ 52 million
Next Inter does not stop at Dourado and another holder of Mano Menezes can be sold; arabic football could be fate