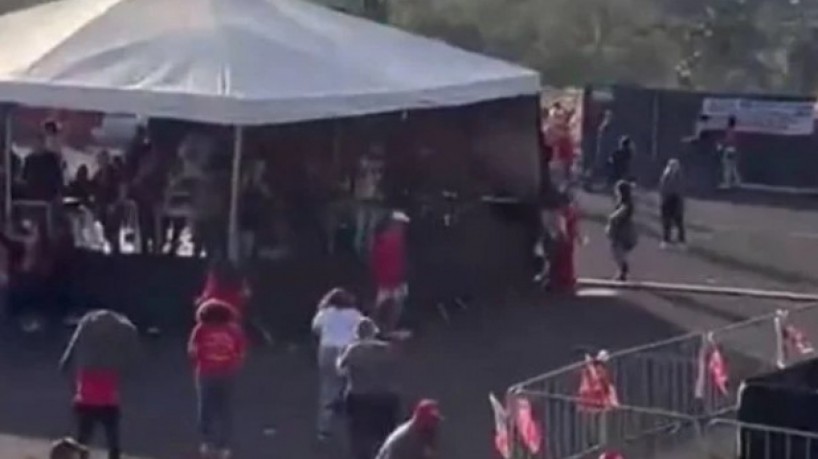 Drone throws feces and urine at Lula supporters during an event in MG; watch video

A spraying drone that flew over the University of Triângulo Mineiro (Unitri), this Wednesday, 15, threw feces and urine on people present at the reception event for former President Lula (PT) and the former mayor of Belo Horizonte, Alexandre. Kalil (PSD). According to reports, PT supporters started a run and tried to throw objects at the flying equipment. However, they were reprimanded by local security.

Videos shared on social media show the aerial vehicle flying over the place and the rush of people:

Supporters of former President Lula (PT) were surprised by a spraying drone dropping feces and urine. They were waiting for PT to arrive for an event in Uberlândia (MG). pic.twitter.com/B2Zdm3QjfQ

Lula returns to Minas Gerais to participate in a public act in Uberlândia, alongside former governor Geraldo Alckmin (PSB). The event, which started at 5 pm, marks the launch of Kalil’s pre-candidacy for the government of Minas, which has the support of Lula and Alckmin.

The alliance between Lula and Kalil was announced on May 19. With the movement, state deputy André Quintão (PT) was placed as deputy governor on the ticket headed by Kalil in place of the Minas Gerais congressman Agostinho Patrus (PSD), also present at this Wednesday’s event.

The PT national president, Gleisi Hoffmann, and the coordinators of the “Vamos Juntos pelo Brasil” movement in Minas will also participate in the meeting: federal deputy Reginaldo Lopes (PT-MG) and Agostinho Patrus, president of the Legislative Assembly of Minas Gerais.