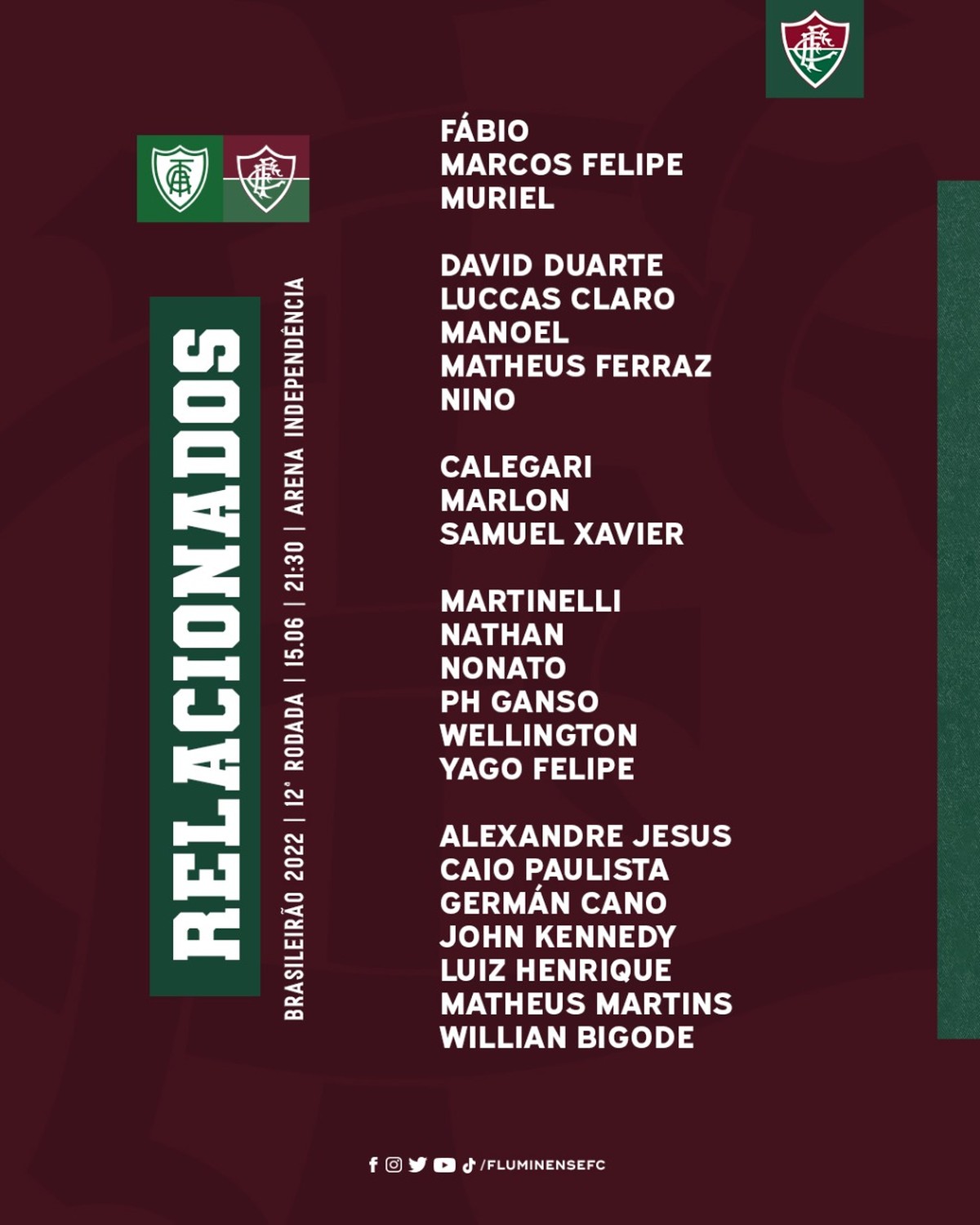 Fluminense released in the early afternoon of this Wednesday, the list of related parties for the game against América-MG, at Independência, at 21:30, for the 12th round of the Brazilian Championship. Among the absences are Cris Silva and Felipe Melo, who did not travel due to physical conditions, in addition to David Braz, André and Arias, suspended.

Cris Silva took a hit against Atlético-GO last Saturday, did not recover in time and was banned from the match for having suffered a sprain in his right knee. Felipe Melo, who has been a reserve since returning from surgery on his right knee, according to the club, did not travel to “fulfill the physical recovery program”, which was already planned.

On the other hand, Diniz will have three returns: Ganso returns from suspension and resumes the position occupied by Willian Bigode in the last game; Nino, who has recovered from a left thigh injury, should start in place of David Braz; and Matheus Martins, who was serving the Brazilian under-20 team, competes for Arias’ spot in attack. And for André’s place, Yago is the favorite.

With 14 points tied with América-MG itself, Fluminense is in eighth place in the Brazilian Championship and is looking for rehabilitation after the defeat at home to Atlético-GO. To enter the G-6 in this round, Tricolor needs to win and hope for a combination of results: two defeats by Atlético-MG and Athletico-PR, or one together with a stumble by Coritiba.