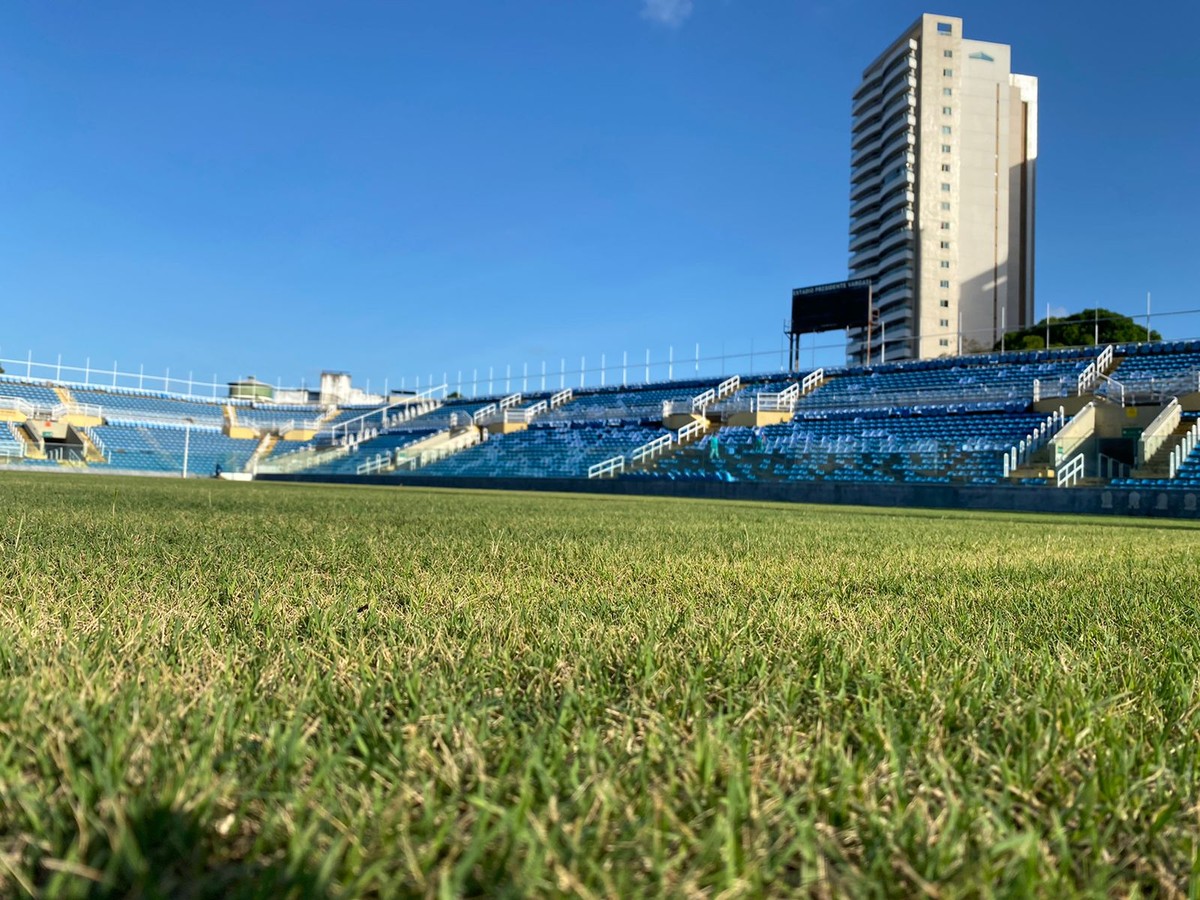 For a good lawn, Fortaleza evaluates changing Castelão for PV when full capacity is released | strength

This Tuesday (14), the president of Fortaleza, Marcelo Paz, commented on the possibility of exchanging the Castelão Arena for the Presidente Vargas Stadium due to the lawn. Castelão has been the target of criticism, while the PV has just been renovated.

However, the stadium in the Benfica neighborhood still has only 50% free capacity, that is, 10,000 people. The Presidente Vargas stadium has a capacity of 20,166 fans and has received reports from the Fire Department, the Military Police, the CREA and the Sanitary Surveillance to function at maximum capacity. The Fan Statute, however, recommends restricting up to 10,000 people when the sports square does not have closed circuit video surveillance..

The City Hall of Fortaleza informed the ge that the forecast of release is in 15 days.

– I had contact with the municipal secretary of sport, Ozires Pontes, to find out how the equipment is doing. He said that the equipment is ready, in operation in all sectors, that he would be pleased to receive Fortaleza in a possible game in PV. However, so far, the stadium only has a free capacity of 10,000 people for the public. This makes it impossible for us to go there at the moment – said Marcelo Paz.

Fortaleza has a strong sequence of games for Série A do Brasileiro, Copa do Brasil and for Libertadores. Marcelo Paz completed.

– As soon as we have reports with release to the total public, we will evaluate, inspect the club itself, look at the lawn, to see the feasibility. The board does not rule out sending a game in the PV. We are evaluating, but only with the full capacity released, because the club is committed to the fans and members.