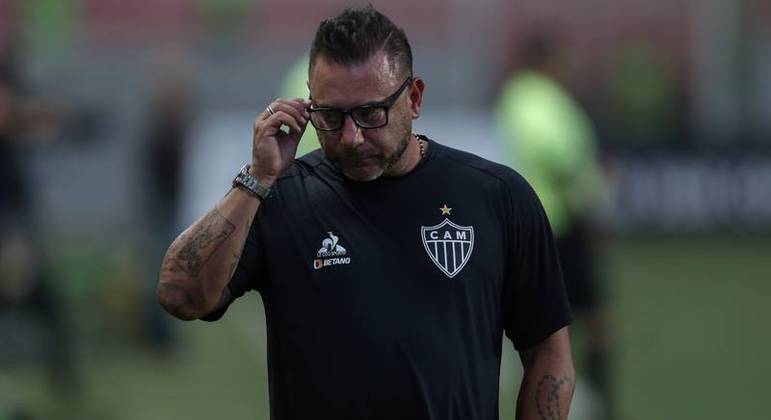 
“Many things need to be fixed and aligned. It’s not normal in such a big game to concede five goals. It’s not our defense’s fault, it’s collective, general.


“Starting with me up front, you can’t concede five goals, it’s unacceptable.”

Hulk’s outburst, shortly after Fluminense’s 5-3 rout against Atlético last week, has already provoked a reaction from the press and Minas Gerais fans.

After the disappointing draw against limited Santos, on Sunday, in the heart of Mineirão, criticisms of Argentine coach Antonio Mohamed, the Turk, fell once and for all.

The sixth position in the National Championship, after 11 rounds, bothered the current Brazilian and Copa do Brasil champions a lot.

The club that invested around R$ 180 million for the formation of the team in 2020, is being demanded a lot in 2022. Not even one more Minas Gerais title and the classification in the round of 16 of the Libertadores and the Copa do Brasil calmed the critics.

The shadow of Cuca, who left the club, after the conquests of the Mineiro, Brasileiro and Copa do Brasil 2021, remains strong, hindering Mohamed.

And the campaign in the Brazilian, with four wins, five draws from two defeats, with 17 goals in favor and 14 against, weighs against the Argentine.

The almost always calm Keno decided today to vehemently defend the coach. He reflected the attitude of the players, who don’t even want to think about changing commands. And so the athletes are also responsible for the bad phase.

“I see everyone massacring him, I know that two, three defeats fall on the coach. We also have to have a little responsibility, to enter the field and give our best. When the phase is bad, we have to take stone milk.

“Swing happens to any team. This year I think we lost two games, Fluminense and the other was America. Last year that didn’t happen. It’s a matter of working, having a little patience. Last year we won everything, I was more hungry to win, we won important titles, we scored goals every game and didn’t suffer, but it happens.

“It’s not just a coach, we see people ‘playing stone’, trying to end his life. We feel for him, we are human beings. If he is feeling it, you can be sure that all the players are feeling for him too .”

The fear of the Atlético squad is that the patrons who control the club, the billionaires Rubens Menin, Ricardo Guimarães and Renato Salvador, decide to fire El Turco.

The pressure starts to mess with the coach.

Mainly because of the instability of the team.

It’s been six months of work and Atlético continues without a pattern of play.

Main characteristic he had with Cuca.

But athletes don’t want him out.

Hulk, despite the criticism for his five goals against Fluminense, is also a staunch defender of the Argentine.

Keno spoke today for the team…


King of Fashion! Pele launches clothing line with pieces of up to R$1,500