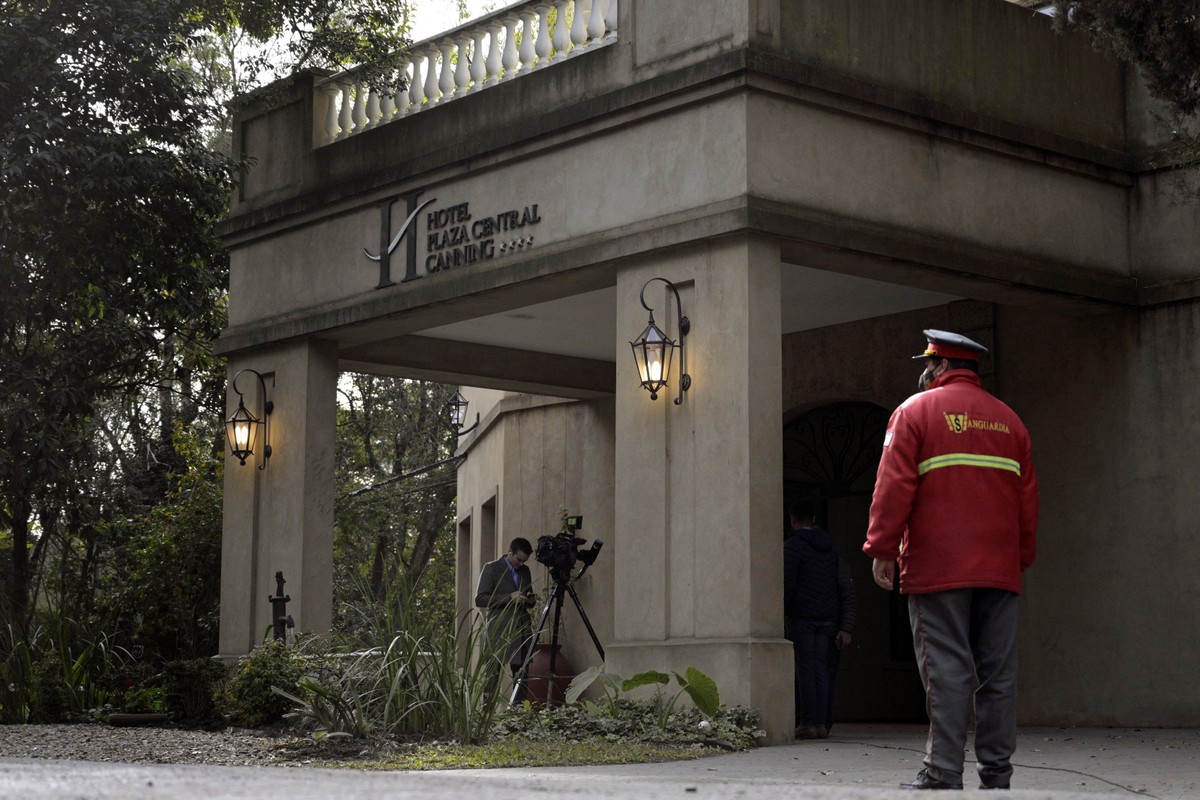 This Tuesday (14th) the Argentine court banned the departure of 14 Venezuelans from the crew of a cargo plane that also has 5 Iranians, who already had their passports withheld by the authorities.

The plane is from a Venezuelan-flagged Boeing 747, which belongs to the company Emtrasur, a subsidiary of Venezuela’s Conviasa, which is on the US Treasury’s sanctions list. The aircraft has been detained since June 8 at Ezeiza International Airport.

The aircraft arrived in Argentina on June 6 from Mexico. Then it tried, unsuccessfully, to land in Uruguay.

The case is under legal secrecy.

It is known that the measure to prohibit the crew from leaving Argentina was taken by the federal judge of Lomas de Zamora, Federico Villena, after a search and seizure operation that was carried out by the federal police in the hotel rooms where the crew are housed.

The operation lasted seven hours. Cell phones, personal computers and documents of various types were seized, according to a police source.

The ban on Venezuelans leaving the country is in addition to a similar measure applied since Monday to Iranian crew members in the face of “reasonable suspicion that the reason given for entering [na Argentina] could not be the real or true”, according to the court decision.

Argentina considers the presence of Iranian travelers to be sensitive, given the red alerts of arrest issued by Interpol against former authorities of the Asian country, accused of the attack on the AMIA Jewish center in Buenos Aires in 1994, which left 85 dead and about 300 injured.

The Delegation of Argentine Israeli Associations (DAIA) is one of the parties in the judicial investigation process in the case of the plane.

Guests are free to roam

“They came to search the 19 rooms, not the hotel. Everything went smoothly, they were very correct, without any problems. Plaza Central Canning, Cesar Giuggioloni.

Giuggioloni stated that, initially, he had been informed that these customers would leave on Monday, but later changed the date to Wednesday]. Now, the hotel’s director says he believes the visitors are scheduled to leave for Friday.

“Passengers have the possibility to come and go freely, they have no restrictions,” said the hotel’s director.

The hotel is located in Ezeiza, close to Buenos Aires international airport, 40 km from the capital. On its lower floor there is a shopping center with several shops and restaurants.