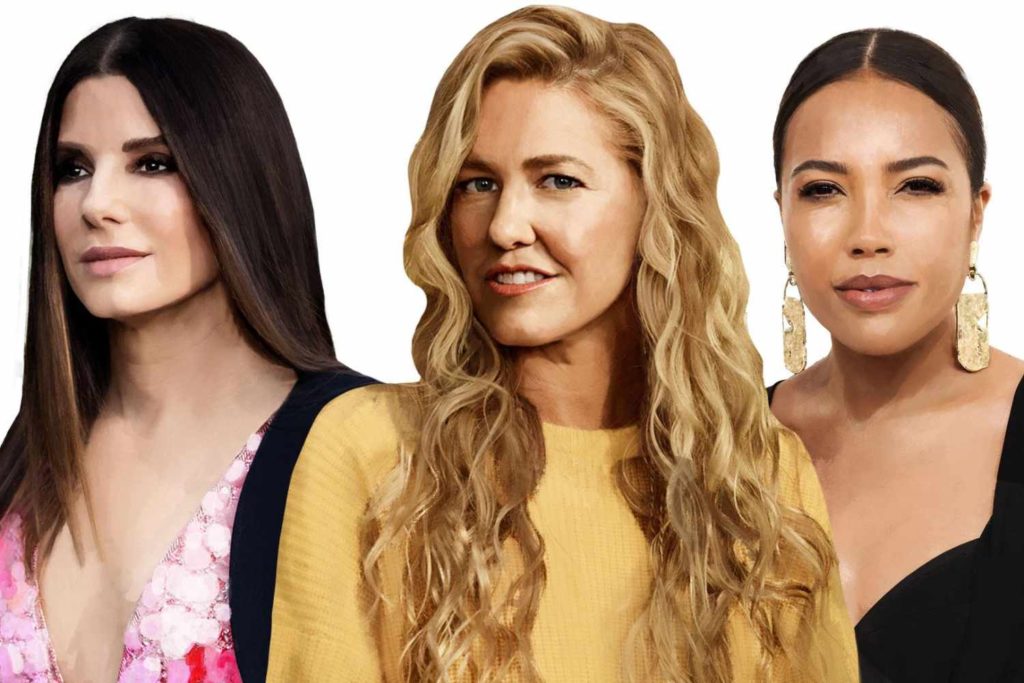 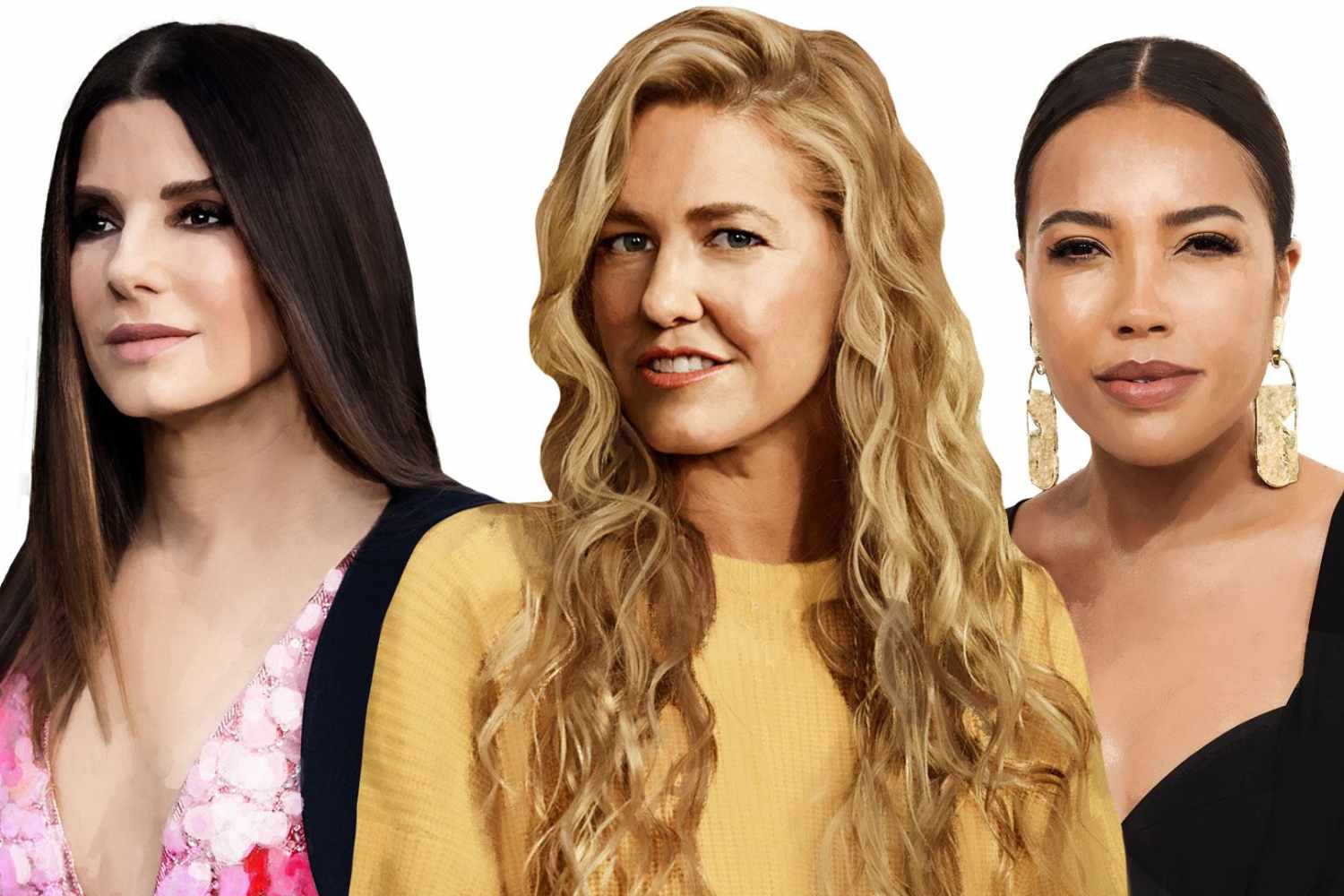 Sandra Bullock, Paige Mycoskie and Emma Grede, who joined the list this year, have assets of at least R$ 1 billion

The stock market crash in the first half of 2022 was not enough to contain a crop of successful women entrepreneurs, executives and artists. Seven newcomers joined Forbes’ 2022 list of America’s richest self-made women, building fortunes in the tech, fashion and banking sectors.

The new arrivals range in age from 27 to 80 and come from five different states. Each one is worth at least US$ 215 million (R$ 1 billion), the limit to enter this year’s list; together, they are worth US$ 2.3 billion (R$ 11.7 billion), according to Forbes estimates.

The best known is superstar Sandra Bullock, who has been on the big screen for more than three decades in hits like ‘Gravity’ and ‘The Proposal’, and at 57 is still earning millions from starring roles.

Another newcomer to the list is Betsy Cohen, 80, one of the first bank CEOs in the United States, who in recent years has invested in Spac mergers and acquisitions companies.

Three newcomers were successful during the pandemic. Paige Mycoskie has found millions of customers for her Aviator Nation, a clothing company known for selling retro rainbow-striped hoodies for $190 each. The brand exploded by outfitting artists like Jennifer Lawrence, Jay-Z, Robert Downey Jr. and Selena Gomez; sales jumped from US$70 million (R$357 million) in 2020 to US$110 million (R$561 million) in 2021.

Rachel Drori, aiming to change the frozen food industry through her delivery company Daily Harvest, has also secured investments from several sports idols and a famous chef. Emma Grede, the first black investor in the Shark Tank program, was founding partner and director of products at Skims, Kim Kardashian’s shapewear and loungewear company, among other ventures.

Two of the richest newcomers on this year’s list made their fortunes through technology — one who is deeply involved in the thriving field of artificial intelligence and another whose company took off with the rise of personal computers.

Here are the newcomers to Forbes’ 2022 list of America’s richest self-made women:

Guo debuts on the list thanks to a nearly 6% stake in artificial intelligence startup Scale AI, which was valued by private investors at $7.3 billion in 2021. She studied computer science at Carnegie Mellon University, but dropped out after winning the Thiel Fellowship.

While working on the Q&A site Quora, she met Alexandr Wang, with whom she co-founded Scale. The duo entered the Forbes Under 30 list in 2018, the same year Guo left the company. She co-founded venture capital firm Backend Capital in 2019 and in April 2022 launched startup Moment, which she describes as a “web3 platform for creators”.

In 1982, Gallup founded PC Connection, a computer dealership based in Merrimack, New Hampshire, with David Hall. The two backpackers met while working as a support team on the Appalachian Trail. They used $8,000 in savings to found the company, tapping into the growing PC market.

The company went public in 1998 and posted nearly $2.9 billion in sales in 2021. Now called Connection, its customers include small businesses and public sector departments. Gallup has a 27% share and serves as chairman.

Grede is the CEO of Good American, the plus-size fashion brand she launched with Khloe Kardashian in 2016. She is also the co-founder of plant-based cleaning brand Safely with Kris Jenner and is a founding partner and director of products at Skims. , Kim Kardashian’s company, where her husband is CEO.

Raised in East London by a single mother, Grede worked delivering newspapers at age 12 and saved her pennies to buy fashion magazines. She founded the marketing agency ITB Worldwide in 2008 and became the first black woman to act as an investor in the popular series Shark Tank.

The former Gilt Groupe marketing executive started the Daily Harvest frozen meal delivery service in 2015, funding it with $25,000 from her savings. She started making smoothies on weekends in a rented commercial kitchen in New York’s Queens borough, paying her teenage nephews $20 a night to have them delivered to Manhattan.

Pregnant with her first child, she vowed she wouldn’t quit her job until orders from strangers outnumbered purchases from friends and family by five times. It took two months. In November, Daily Harvest, which now sells frozen bowls, parfaits, flatbreads and more, raised $100 million from private investors at a valuation of $1.1 billion. ; Drori has an estimated 35% stake. Famous investors include Gwyneth Paltrow, Serena Williams, snowboarder Shaun White and chef Bobby Flay.

While working at a Venice Beach surf shop in 2007, Mycoskie founded Aviator Nation, a company that sells expensive hoodies branded with 1970s-inspired smileys that took off during the pandemic. The company reached $110 million in sales last year and has expanded to 17 US retail stores, including a fitness center in Los Angeles. Mycoskie has never made outside investments for Aviator Nation and relies exclusively on growing lines of bank credit.

A lawyer by training, Cohen founded Philadelphia-based Jefferson Bank in 1974, becoming one of the first female bank CEOs in the United States. She sold the bank in 1999 and later founded Delaware-based The Bancorp, which she ran as CEO until late 2014. More recently, she and her son Daniel completed Spac mergers with seven companies — including financial advisory firm Perella. Weinberg Partners, which began trading on the Nasdaq in June 2021.

Bullock owes his fortune to more than three decades in front of the camera, appearing in blockbusters over the years such as “Speed” (1994), “Gravity” (2013) and “Eight Women and a Secret” (2018). In Hollywood, she defied the odds by landing some of her biggest roles — and highest salaries — in her 50s. She has more than $60 million in real estate, including a house in Manhattan, a mansion in Beverly Hills and an estate in Malibu.