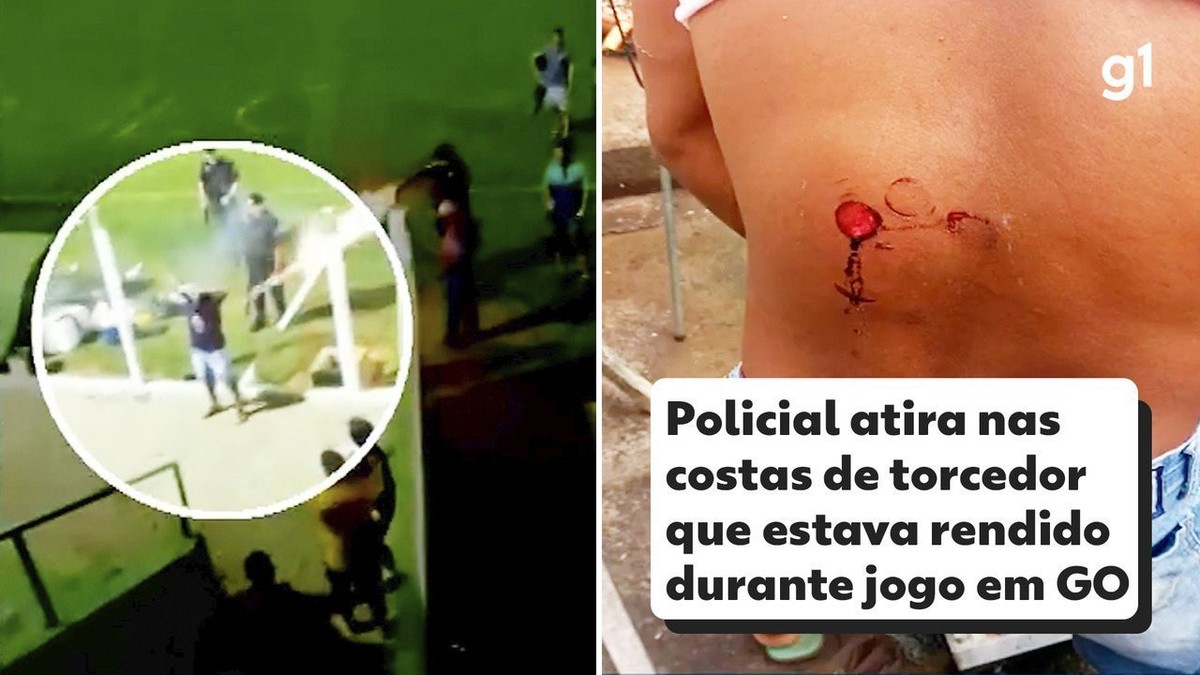 Police officer shoots supporter in the back who was surrendered during game in Mozarlândia; video | Goiás

A policeman shot a fan in the back with a rubber bullet, in a stadium in Mozarlândia, in northwest Goiás. Video recorded by a person who was in the stands shows the moment when the agent fired twice and hit the 37-year-old man, who had his back to the agents.

The case happened on Sunday (12), after a game between Mozarlândia and Aruanã, held at the Municipal Stadium Alicio Camões de Araújo.

O g1 contacted the Military Police, who claimed to have opened an administrative disciplinary process to investigate the circumstances of the fact involving military police officers from the Specialized Policing Command (CPE).

Policeman shoots a fan in a stadium – Photo: Reproduction/TV Anhanguera

In addition, the g1 requested a position from the Municipality of Mozarlândia, on the night of this Tuesday (14), and did not receive a response until the publication of this report. O g1 also failed to locate the defense of the Mozarlândia and Aruanã teams for a position on the case.

After the case, the injured man did not want to register a police report.

A fan is shot by a rubber bullet — Photo: Reproduction/TV Anhanguera

See other news from the region at g1 Goiás.