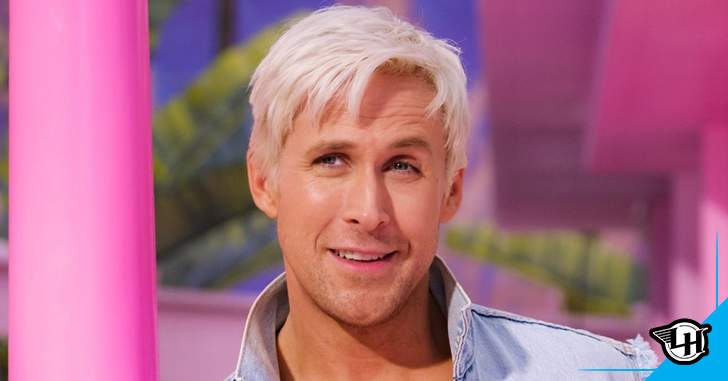 Ken saw you, Ken sees you!

The live-action film by Barbie promise! bringing Margot Robbie as the most iconic doll in the world, the feature will also have Ryan Gosling (La La Land) as Ken. Now, the actor has appeared fully platinum in the first official photo as the character.

Counting on the direction of Greta Gerwig (Lady Bird, Little Women), who was also the screenwriter for the feature — sharing the role with Noah Baumbach (Story of a Marriage) — the film has not yet had details of its plot released. However, considering the creative team involved in the project, we can expect a very interesting and unexpected story for Barbie and her friends.

This can also be seen in Gosling’s visuals. With platinum hair and dressed all in jeans, the actor appears with his six-pack outside, supported by a pink pillar. In the background we can see more details of the pink house, as well as some palm trees.

Check out Ken’s first look below:

Ken’s first image in the movie!

In addition to Gosling and Margot Robbie, the film has Kate McKinnon (Ghostbusters, Scandal), Alexandra Shipp (X-Men: dark phoenix), America Ferrera (Betty, the Ugly), Simu Liu (Shang-Chi and the Legend of the Ten Rings), Hari Nef (You) and Will Ferrell (Megamind, Conan) in the list.

Barbie has a premiere scheduled for July 21, 2023at the movies.

Previous Compulsive hoarders: what is the syndrome of those who live surrounded by useless objects
Next Fluminense discloses related against América-MG and explains absences of Cris Silva and Felipe Melo | fluminense