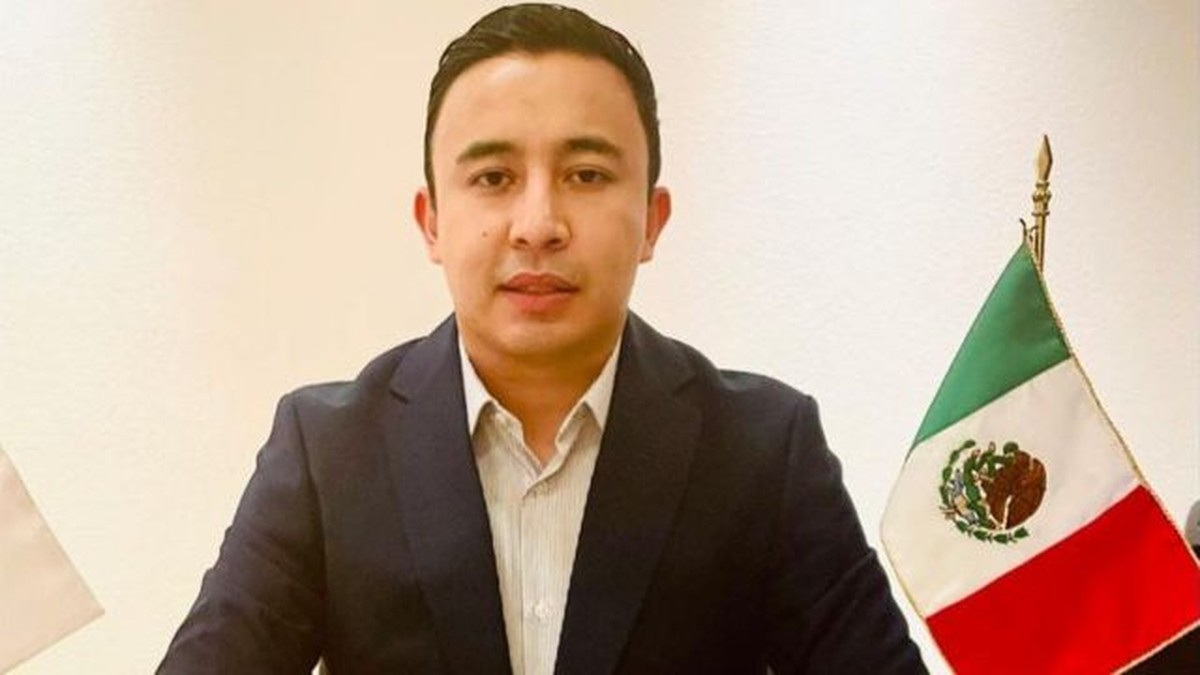 As he had done several times before, Daniel Picazo González left his home in Mexico City to visit the property his grandfather had inherited in a small town in the state of Puebla.

The house is in the town of Las Colonias de Hidalgo, about three hours from the Mexican capital, and as a 31-year-old man who loved to travel, enjoying his days off among that community in the Sierra Norte mountains was something he enjoyed. .

This happened on June 9th. Picazo González told his parents, Ricardo Picazo and Angélica González, that he had arrived safely.

The next news they had of their son was that something terrible had happened to him.

That Friday night, about 200 residents of the town of Papatlazolco, neighboring Las Colonias de Hidalgo, detained, beat and lynched Picazo González to death.

A rumor spread days earlier by Papatlazolco’s WhatsApp and Facebook groups said that outsiders were kidnapping children to traffic in their organs. And the 31-year-old was a victim of the public trial of a mob, according to preliminary investigations by authorities.

False information of this kind has already been used to generate anxiety in communities that are willing to believe it — and taken to extremes as happened in this community in Puebla.

Picazo González was a lawyer and until last March he worked as an adviser to a federal deputy.

He had just finished a master’s degree and, on June 9, he was trying to “escape” the stress of the city by visiting his home in Las Colonias de Hidalgo, according to his father.

But the climate in that region was not the same as before.

There were even images with logos of institutions that no longer exist as such (the PGR, for example, which today is the Fiscalía General de la República). These photos supposedly indicated that there was a search for criminals.

“This information has been circulating for a few years. These same photos have circulated not only here, but nationally, in other parts of Mexico”, explains to BBC News Mundo, the BBC’s Spanish-language news service, journalist Pablo Torres, from Huauchinango, municipality where Papatlazolco is located.

One of the images released was this one, which does not correspond to a warning from the authorities and had already been used in the past without any support — Photo: Reproduction via BBC

That Friday night, around 9 pm, a local resident spotted a truck with a license plate from another state and alerted the community via WhatsApp that “foreigners were already around and that they were probably talking about them for two days”, he says. the journalist Torres.

“They were pointing out the young man as an alleged kidnapper of children, without anyone having verified anything”, he adds.

Initially, about 30 residents gathered, according to the mayor of Huauchinango, Rogelio López.

“The police received a call and immediately went to help, but then more than 200 people arrived. There were six police officers for just over 200 people,” said López.

Images posted on social media show Picazo González handcuffed, with signs of having been beaten, being forcibly taken through the streets of Papatlazolco.

The authorities did not realize what happened before the death of the young man “intelligent and studious”, as his father puts it.

The mayor claims that the police “rescued” him, until “more than 200 people” arrived to attack the agents.

“And, unfortunately, they couldn’t do anything else.”

As Picazo González’s mother told the Mexican press, a man who witnessed the event tried to help him by revealing his identity and origin.

“The boy said my son told him, ‘Help me, help me!’ They tied him up, handcuffed him and left him on his knees,” Angélica González told TV station Milenio.

“Almost dying, he said: ‘Take my wallet, it’s in my pants’. And the witness saw that he had his identification from the Chamber of Deputies. (…) He wanted to defend my son, but the residents did not let him. state and municipal police, but they were also framing him.”

Picazo González’s body was found charred, after allegedly having been doused with gasoline and set on fire while he was still alive.

The governor of Puebla, Miguel Barbosa, said that the investigation of the case had already been opened.

“It is a barbaric act, a total aberration, in which there is prejudice, ignorance, rumours, an environment of not believing in authority”, lamented Barbosa.

The family, however, says they have not yet received any new information. Authorities did not say whether there were any arrests or any progress until Tuesday.

“The only witness came to us, brave, declared everything that had happened. But there the people in charge of clarifying these issues and answering our questions we did not see them”, complains Angélica González.

A phenomenon of Puebla and the country

The Puebla government has registered 11 cases of attempted lynching in which the authorities managed to rescue 15 people, said Ana Lucía Hill, secretary of government, on Monday (13/6).

“Personnel training was conducted in 144 municipalities [de 217 no total]which made it possible to significantly reduce these cases, and now what is reported is the retention of people”, he explained.

But the local press reported several other deaths and, according to the Ignacio Ellacuría Human Rights Institute, there were 600 cases between 2015 and 2019 — and 78 people were killed in the state.

Previously, in a 2019 report, the National Human Rights Commission counted 336 acts or cases of lynching involving 561 victims between 2015 and 2018.

Two men, also accused of ‘kidnapping children’, were lynched in Puebla in 2018 – Photo: Reproduction/Twitter via BBC

From Huauchinango, journalist Pablo Torres explains that this is not common in Papatlazolco, which is an indigenous community of around 2,600 inhabitants.

“Although they already have development potential, they have a certain delay. They are people who, for the most part, lack a good level of education, which causes, in most cases, ignorance.”

“I chose my favorite photo to say goodbye to you, discovering how they took your life makes me most disgusted by the people who did this unfairly without knowing that you were a professional, incapable of harming anyone, lover of travel and life, with a bright future, fly so high, my Dany.”

“I trust that God will do justice to all the people who clipped their wings… just for being at the wrong time and place. You enjoyed your brief life the way you liked best, rest in peace…”.

Previous Stolen iPhone reappears 10,000 km away and report goes viral | Cell
Next ‘I felt like a joke’ 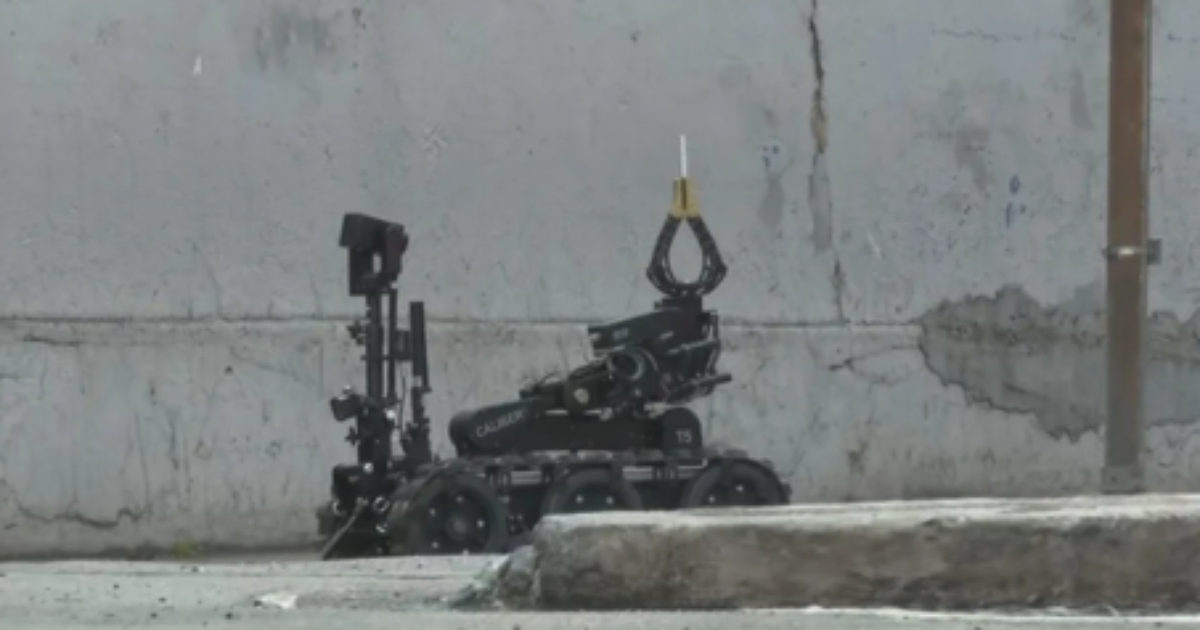 Use of “killer robots” is closer to happening in the US; understand

To date, the use of killer robots is not yet fully approved; another vote should …