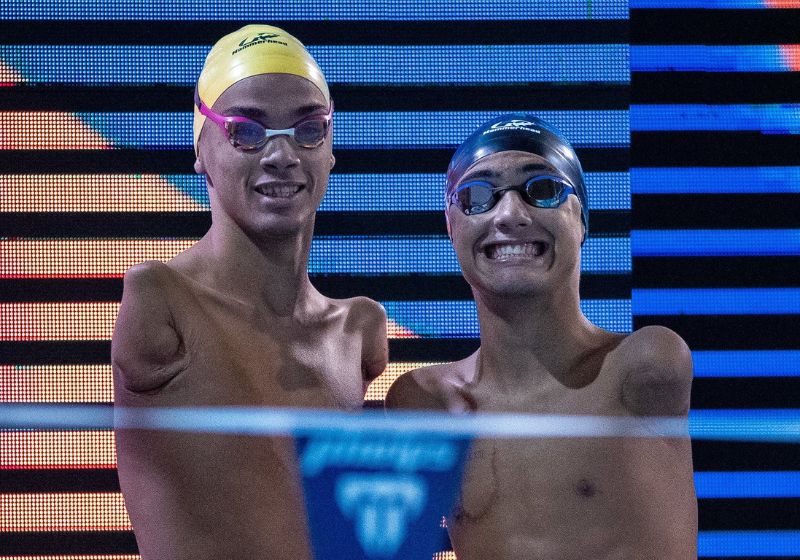 Brazilian cousins ​​Samuel and Tiago Oliveira climbed together on the podium of the Paralympic Swimming World Championship, in Portugal, seven years after losing their arms due to a kite accident.

Tiago, 21 years old, took the bronze with a time of 3min15s01, after Turkish Koral Kutlu was disqualified.

The cousins ​​are from Campinas, São Paulo and the whole family was thrilled with the achievement.

“It’s a dream we had to see the two on the podium together. I didn’t imagine it would be so fast, because we know that getting to the world and being a medalist is difficult. God knows everything and made this dream come true that they too had”, said Jorge Ferreira, Tiago’s father.

Swimming as a fresh start

In January 2015, the two boys came into contact with high voltage wires while trying to pull a kite out of a tree using an iron bar.

They received an electrical discharge of 13,000 volts. The arms had to be amputated at shoulder height.

It was then that swimming entered their lives as part of their rehabilitation.

They train together at Praia Clube, in Uberlândia, and are in their first World Cup.

Congratulations, boys! You are a pride and example of resilience, focus and overcoming!

Samuka goes to the podium of the 200m medley together with his cousin, Tiago.

With information from Jornal O Precursor