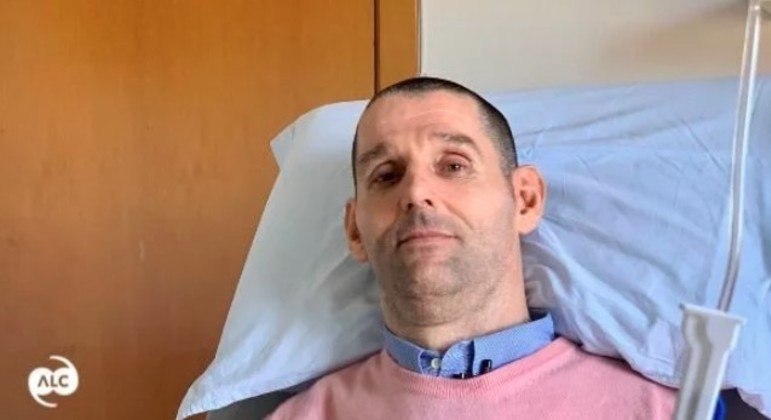 An Italian died last Thursday in Italy’s first case of assisted suicide, according to an association that campaigns for legal euthanasia.

Federico Carboni, 44, was a former truck driver and became quadriplegic 12 years ago after a traffic accident.

The man died with his family at his bedside after administering a cocktail of lethal drugs. A machine specially designed for this purpose was used.

“I do not deny that I regret saying goodbye to life,” he told the Luca Coscioni Association, which helped him overcome resistance from the courts and health authorities.

“I did everything I could to live as best I could and try to make the most of my disability, but now I’m at the end of my strength, both mentally and physically,” added Carboni.

Italy’s Constitutional Court paved the way for assisted suicide in 2019 in the face of strong opposition from conservative parties and the Roman Catholic Church, but said local health officials must review and approve each request.

Some patients seeking authorization accused the authorities of deliberately dragging their feet in order not to decide on the matter.

Carboni was granted permission to receive the lethal drugs in November 2021 after winning two court cases and overcoming an initial refusal by health agencies.

In a final decision, an ethics panel said that Carboni’s condition met the requirements set by the Constitutional Court, which included a chronic, irreversible pathology causing suffering that the person found intolerable.

His case helped spark support for right-to-die advocates, who last year collected more than a million signatures to try to force a referendum that would make euthanasia more accessible.

However, the Constitutional Court rejected the petition, saying that a vote on the matter would not sufficiently protect “weak and vulnerable” people.

“We will continue to fight so that similar obstructions and violations of the patients’ will are not repeated,” said the Luca Coscioni Association.

Assisted suicide is a controversial topic that, despite having legal authorization in Switzerland, Belgium, Holland, Luxembourg and Spain, is widely questioned worldwide.

Nor should it be confused with ordinary suicide, which is an act of despair by someone in deep psychological distress. These people can — and should — seek help..

Depression is a disease for which there is treatment, and it is possible to return to a normal life.

In Brazil, the CVV (Centro de Valorização à Vida) offers free care for people who at some point considered taking their own life.

The non-profit organization was founded 57 years ago and has representation in 19 states and the Federal District. Telephone 188 (toll-free throughout the country) is the main service channel.

Thousands of volunteers who make up the CVV work daily. It is also possible to get in touch via the chat on the website, which provides a list of physical addresses of the units.