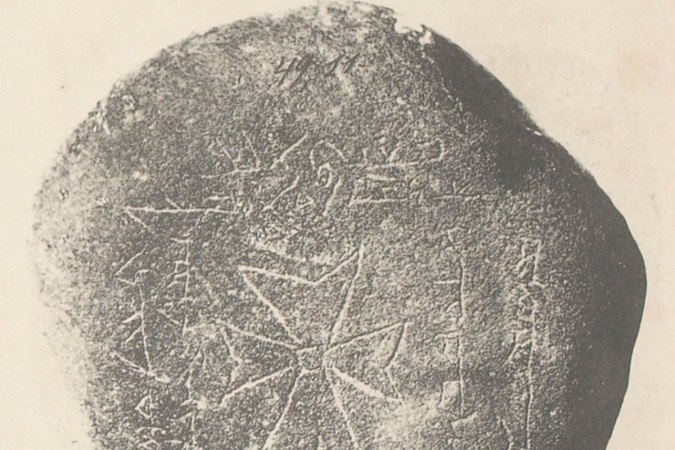 Between 1346 and 1353, a bacterium wiped out about 60% of the population of Eurasia, a region that encompasses European and Asian countries. In the following 500 years, a pandemic would cause millions of deaths, without knowing the origin of the so-called Black or Bubonic Plague, because of the victims’ swollen lymph nodes, similar to bulbs. Only in the 19th century, the French bacteriologist identified the cause of the disease: Yersinia pestis, a bacillus transmitted by infected animals. It remained, however, to know the origin of the pathogen.

If in the Middle Ages and in the modern period Jews were blamed for the pandemic, China also emerged as a possible birthplace of Y. pestis — the discovery of the bacillus was in Hong Kong. Discussions continued until now, when a multidisciplinary group of researchers from the Max Planck Institute and the University of Tübingen in Germany and the University of Stirling in Scotland deciphered the riddle. With genetic analysis of seven individuals, the scientists found that the pathogen emerged in the region of Lake Issyk Ku, near Kyrgyzstan, which made up the Silk Road. These interconnected paths were used by merchants between Asia, Africa and Europe to transport the most varied products. At the stop, at some point in the place now pointed out by the researchers, Y.pestis hitched a ride on the caravans, reaching the Old Continent.

“There have been several different hypotheses suggesting that the pandemic may have originated in East Asia, specifically China, Central Asia, India, or even close to where the first outbreaks were documented, in 1346, in the Black Sea and Southwest regions. Caspian Sea,” Archaeogeneticist and lead author Maria Spyrou, from the University of Tübingen, told an online press conference. “We know that trade was probably a determining factor in the spread of the plague in Europe during the onset of the Black Death. It is reasonable to assume that similar processes determined the spread of the disease from Central Asia to the Black Sea between 1338 and 1346.” The article was published in the journal Nature.

The vicinity of Kyrgyzstan was one of the suspicious locations, because it was there that the only archaeological trace of the plague was found. 120 years ago, remains from cemeteries called Kara-Djigach and Burana were excavated in the region, and transferred to St. Petersburg, Russia. There, there was an important clue: explicit references to a particular plague on the tombstones.

According to historian Philip Slavin of the University of Stirling in Scotland and co-author of the study, Tian Shan — the mountain range system that borders Kazakhstan, Kyrgyzstan and the Uyghur Autonomous Region (western China) being the epicenter of the plague — makes every the sense. The region is on the ancient silk trade route, and Kyrgyz tombs contained pearls from the Indian Ocean, corals from the Mediterranean and foreign coins, suggesting that distant goods passed through the area. “We can hypothesize that trade, both long-distance and regional, must have played an important role in spreading the pathogen westward,” Slavin said.

Part of the funerary material was analyzed by the team from Germany, with total genome sequencing of seven people. As the genetic information of Y. pestis was completely deciphered last year, it was possible to compare the materials. Now, there seems to be no more doubt: these individuals were victims of the Black Death. “Our discovery that the Black Death originated in Central Asia in the 1330s ends centuries-old debates,” Slavin said.

According to the authors, this strain did not just give rise to the Black Death, but to most of the plague pathogens that still circulate. Although many people think the disease has been eradicated, there are localized outbreaks of the disease in many Asian and African countries. The researchers highlighted that Y.pestis survives in wild rodent populations around the world. The ancient Central Asian variant that caused the 1338-1339 epidemic around Lake Issyk Kul must have come from one of these reservoirs.

“We found that the modern strains most closely related to the ancient strain are now found in plague reservoirs around the Tian Shan Mountains, very close to where the ancient strain was found. This points to an origin of the ancestor of the Black Death in Central Asia.” , explained Johannes Krause, senior author of the study and director of the Max Planck Institute for Evolutionary Anthropology, at the press conference. While this terrible pandemic is closely associated with Europe, it has also devastated Asian countries.

Now, researchers aim to assess remains found in China to unravel the eastern side of this chapter of history. “Having more samples of pests from ancient Asia and China will be super interesting in terms of adding even more evidence for the Asian origin of the first and second pandemics,” added Simon Rasmussen, a computational biologist at the University of Copenhagen, in an interview with Nature magazine. analyzed ancient sequences of Y. pestis.