Just yesterday (16) the future Galaxy F13 appeared in a teaser and had the presence of three confirmed rear cameras. Until then the smartphone still did not have an official release date, but that has just changed. Samsung announced that the intermediary will be announced in India on June 22, 2022.

It was believed that the Galaxy F13 would be an Indian version of the Galaxy M13, but the official announcement pointed out significant differences between the devices.

Among the confirmed features are: 8 GB of RAM with support for “RAM Plus” function (apparently a virtual RAM expansion), LCD screen with FHD+ resolution, 6,000 mAh battery and automatic data switching feature.

Images shared on Flipkart also confirm the presence of a fingerprint reader on the side, 3.5mm headphone jack and USB-C port. While the announcement doesn’t include details about the Galaxy F13’s platform, we do know that the device will feature the Samsung Exynos 850 chip due to a Geekbench listing.

What did you think of the Galaxy F13 specs? Tell in the comments!

The Galaxy F13 seems to be getting closer and closer to being released. The mobile has now appeared in a teaser on the Indian store Flipkart, within the section dedicated to smartphones coming to market.

Although the banner has an indication of “Coming Soon”, which means it will be available soon, there is no specific date for the launch of the new Samsung device, as you can see below. 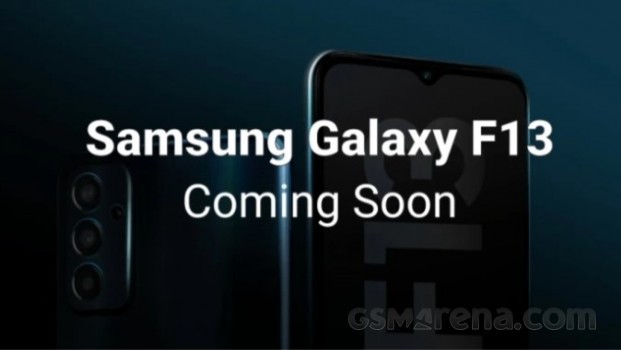 Either way, you can already see some device-specific details. One of them consists of the presence of a jumped block with three rear cameras. In addition, there will be a drop-shaped notch, in the format that the Korean calls Infinity-V.

By the expected specifications, the Galaxy F13 will be a version of the Galaxy M13 for India. Thus, it is expected to contain an Exynos 850 mobile platform, accompanied by a 6.6-inch IPS LCD screen, 4 GB of RAM and up to 128 GB of internal storage.

economy and market
26 May

The camera array will likely be led by the 50 MP main sensor. The 5 MP ultrawide and 2 MP depth would complete the trio. On the front would be the 8 MP selfie lens. The battery would be 5,000 mAh, with 15W charging, in addition to Android 12 as the operating system, under the One UI 4.1 interface.

It is worth remembering that the Galaxy F13 had already appeared on Geekbench and even received a support page, in which the design was confirmed.

What is your impression of the future Galaxy F13? Don’t forget to leave us your comment!

Previous Grêmio has a more expensive ticket than a competitor of the G-4; see comparison of Series B values ​​| Guild
Next Selena Gomez appears in a “hopeless” dress on the talk show