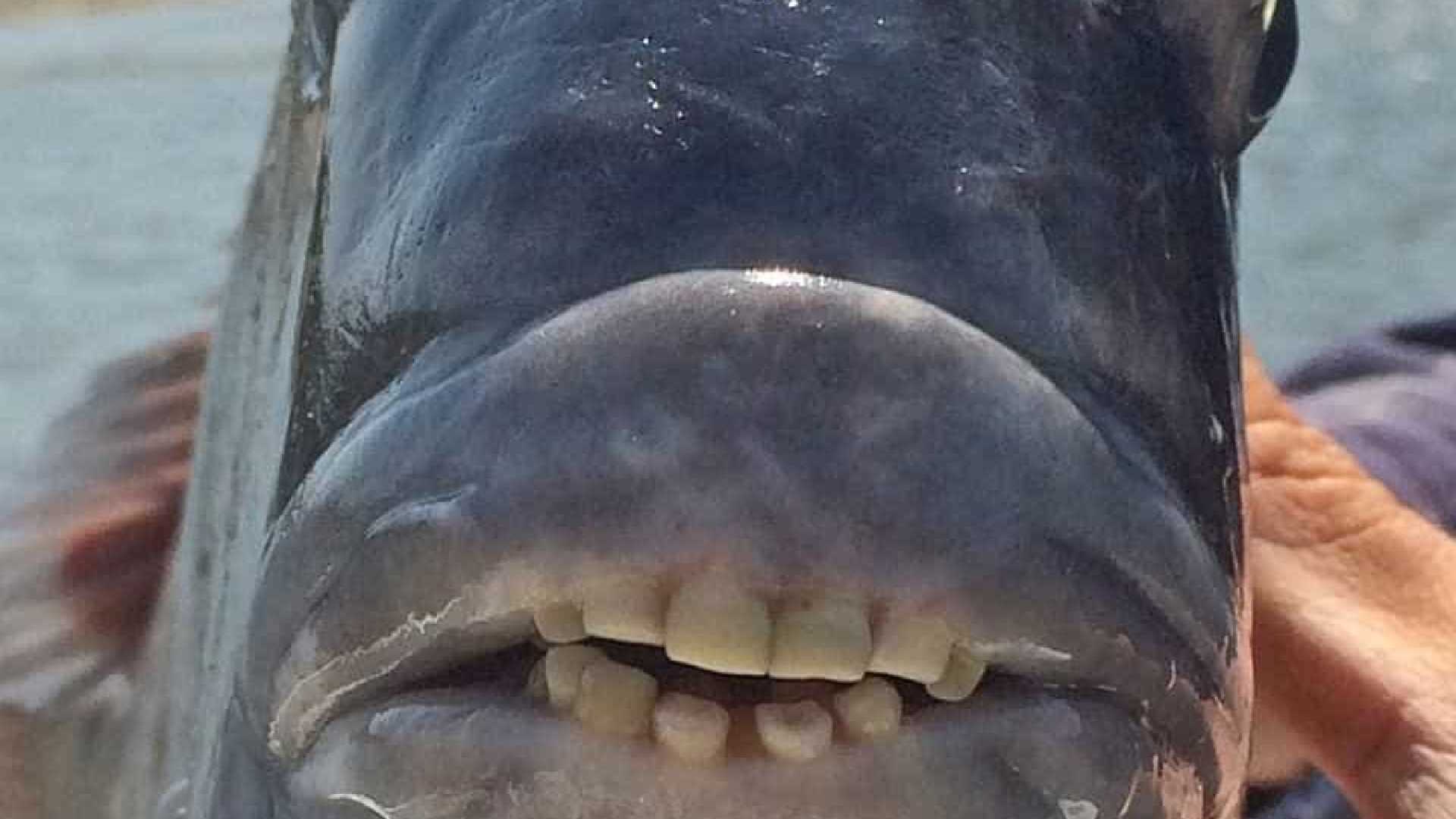 Fish with weird smile scares everyone and video goes viral; check out

One fish with weird smile recently went viral on social media TikTok. The animal was observed in a Cape Coral canal, located in Florida, United States, and the footage became popular thanks to the animal’s teeth, which resemble a human smile.

Read more: Moccasin snake: check out the dangers of this snake

Fish with a weird human smile

The video, which is extremely strange, was recorded by Frankie Nickole in August of last year, but it was successful again on the social network, with more than seven million views. Click here to be able to watch the footage.

“That’s why I don’t swim in rivers,” Frankie said, evidencing fear of possible frightening apparitions like this one. The audience who watched the video apparently agrees with her. One of the netizens even stated that this is “why I am afraid of fish”.

Toothed bream: What do you need to know?

The fish in the video is a toothed bream, which has also been observed in other regions. In this sense, every time a bream is registered, success on social networks is practically guaranteed. In addition, he is very famous among fishermen due to his difficult temperament, which makes him very difficult to fish.

It is a fish that is part of the sparidae family, existing on the Brazilian coast. It prefers habitats with shallow water, rocky bottoms and reefs, in which it lives in small schools. Furthermore, they can occasionally be found in the brackish water of estuaries.

An interesting curiosity is that sea breams have several very characteristic stripes along their body, which led to the name “convict fish” in the USA, that is, condemned fish.

Are teeth normal in this fish?

Contrary to what one might imagine, this toothed fish did not arise as a result of a super mutation caused by exposure to radiation or chemicals, for example. The truth is, his teeth are quite natural.

Experts point out that the toothed bream does not pose a risk to swimmers or fishermen, although it has strange teeth and its dorsal fins are quite sharp. The fish, moreover, is highly sought after by fishermen due to its tasty meat, and can reach up to 90 centimeters in length.

Previous Without Bruno Henrique, see the main options of Dorival in Flamengo; Vitinho takes the lead | Flamengo
Next Reverse vasectomy? Corinthians never knew of the story attributed to Jô