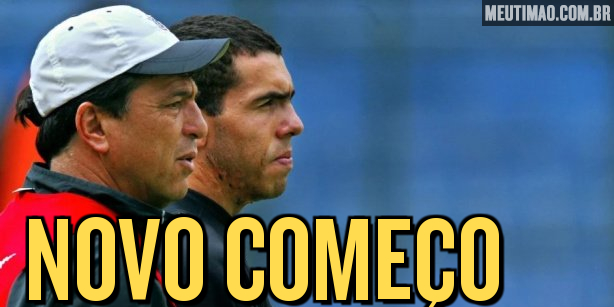 Former striker Carlitos Tevez will start his coaching career at Rosario Central. The information was released by all the Argentine press this Friday with the promise that the ace will begin his career in the new team as of Tuesday of next week.

According to Olé, Carlitos asked for a long, three-year contract to accept the proposal. His probable debut would be on Friday, in a match against Velez, for the local championship. In the evaluation of the direction, the ace would help in the hiring of new names for the team.

Tevez announced his retirement from professional football last month and Corinthians recalled the player’s visit to Parque São Jorge, between 2005 and 2006, at the beginning of the athlete’s career.

He was hired for US$19.5 million by Corinthians in late 2004, with money from MSI. He was the leader of the Galácticos do Timão, a team that also had Gustavo Nery, Mascherano, Carlos Alberto and Roger among others, in addition to a series of young people from the base-like Jô.

Tevez led the Corinthians to the fourth Brazilian championship, the first won in the straight points system. There were 31 goals and 11 assists for him in his first season as a club player.

Already consecrated, he represented Corinthians in the World Cup with the Argentine national team, in 2006, falling in the quarterfinals. On his return, he participated in important victories to take the team out of the fight against relegation before leaving for West Ham, from England.

Author of 46 goals and 16 assists for the club in a year and a half, he is still the second foreigner with the most goals in Corinthians history (Guerrero is 54). It also has the best goal average of the century among those who played for at least 50 games (0.59 goals per game).

In addition to Timão, Tevez played for Boca Juniors, his favorite club, West Ham, Manchester United, Manchester City, Juventus and Shanghai Shenhua. He was champion at least once with almost every shirt he wore except for West Ham.