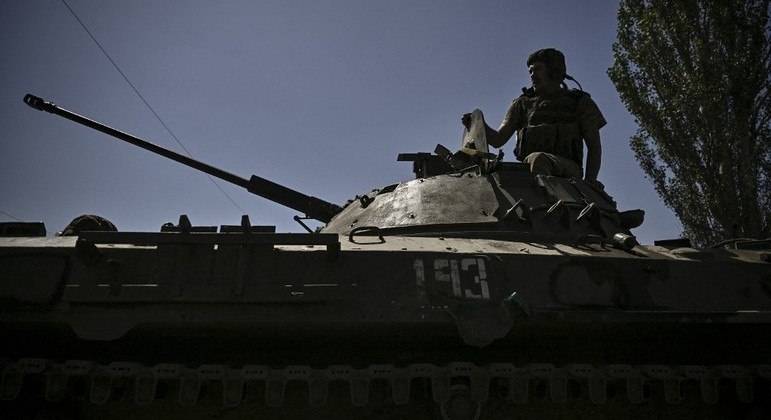 Ukrainian authorities on Saturday reported a “fierce battle” against Russian troops in the east of the country, around the city of Severodonetsk, a position Moscow’s forces have been trying to take for weeks.

“Now the fiercest battle is near Severodonetsk,” said Lugansk region governor Sergiy Gaidai, who said Russian forces did not control the entire city.

“In the neighboring towns there are very difficult battles, in Toshkivska and Zolote. They tried to advance but failed,” he said in a Telegram message.

The local authority also reported that Ukrainian forces managed to shoot down a Russian plane and took prisoners.

The governor said Lysychansk, the neighboring city of Severodonetsk, separated by a river, was being “heavily bombed”. “The Russians can’t get close, so they bomb the city,” he said.

Gaidai reported more “destruction” at the Azot chemical plant in Severodonetsk, where hundreds of civilians had taken refuge.

Last Friday (17), local authorities reported that there were 568 people at the plant, including 38 children, and noted that an evacuation was “impossible and dangerous” “due to the constant bombing and fighting”.

Also on Friday, the UN warned that the situation in eastern Ukraine is “extremely alarming” and that access to water, food, sanitation and electricity is decreasing in Severodonetsk.