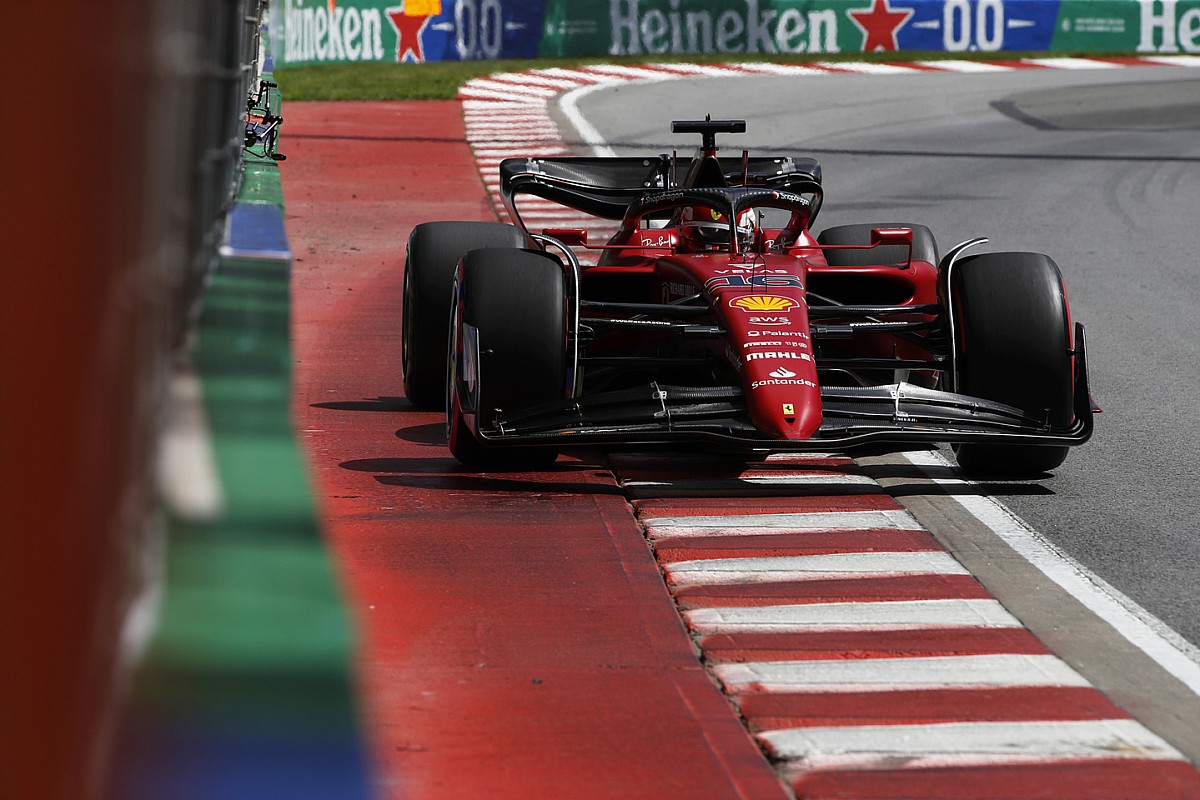 Charles Leclerc will start from the end of the grid to the Canadian GP in formula 1after Ferrari opted for new power unit components.

The Monegasque pilot, who is fighting with Max Verstappen for the world title, he was already down 10 places on the grid as a result of a new electronic control unit.

However, during the last free practice sessions, the FIA ​​confirmed that Leclerc will carry several new power unit components for the remainder of the Montreal weekend.

The new internal combustion engine, turbo, MGU-H, MGU-K is enough to mean Leclerc will start from the back row of the grid alongside AlphaTauri’s Yuki Tsunoda – who also has a new engine installed.

Leclerc’s teammate Carlos Sainz also took a new internal combustion unit, which is his third and final of the season, he is not subject to any penalties.

Ferrari’s decision to give Leclerc a new engine for the Canadian GP comes after a series of two failures in the last three races.

He retired from the lead at the Spanish and Azerbaijani GPs with power unit problems.

In Spain, the problem caused him to miss a turbo and an MGU-H, while the failure in Baku ensured that the power unit could not be repaired.

Leclerc moving into his extras at this stage of the year, coupled with previous defeats, means that with more than half the season ahead he will likely have to suffer more penalties before the end of the campaign.

Although Leclerc was disappointed by the recent drop in performance, he said the car’s promising pace – which was the fastest overall recently on a single lap – encourages him for the future.

“We are aware of the pace that exists in the car. So we found confidence in that,” he told the motorsport.com.

“We know that obviously reliability has been an issue for the last three races, but the performance is there. So we know that whenever we fix these issues, we will be there fighting Red Bull for the championship.

“I’m confident with this team because they’re giving 200% as usual, obviously, and I’m sure that once we solve our problems, we can get Red Bull back.”