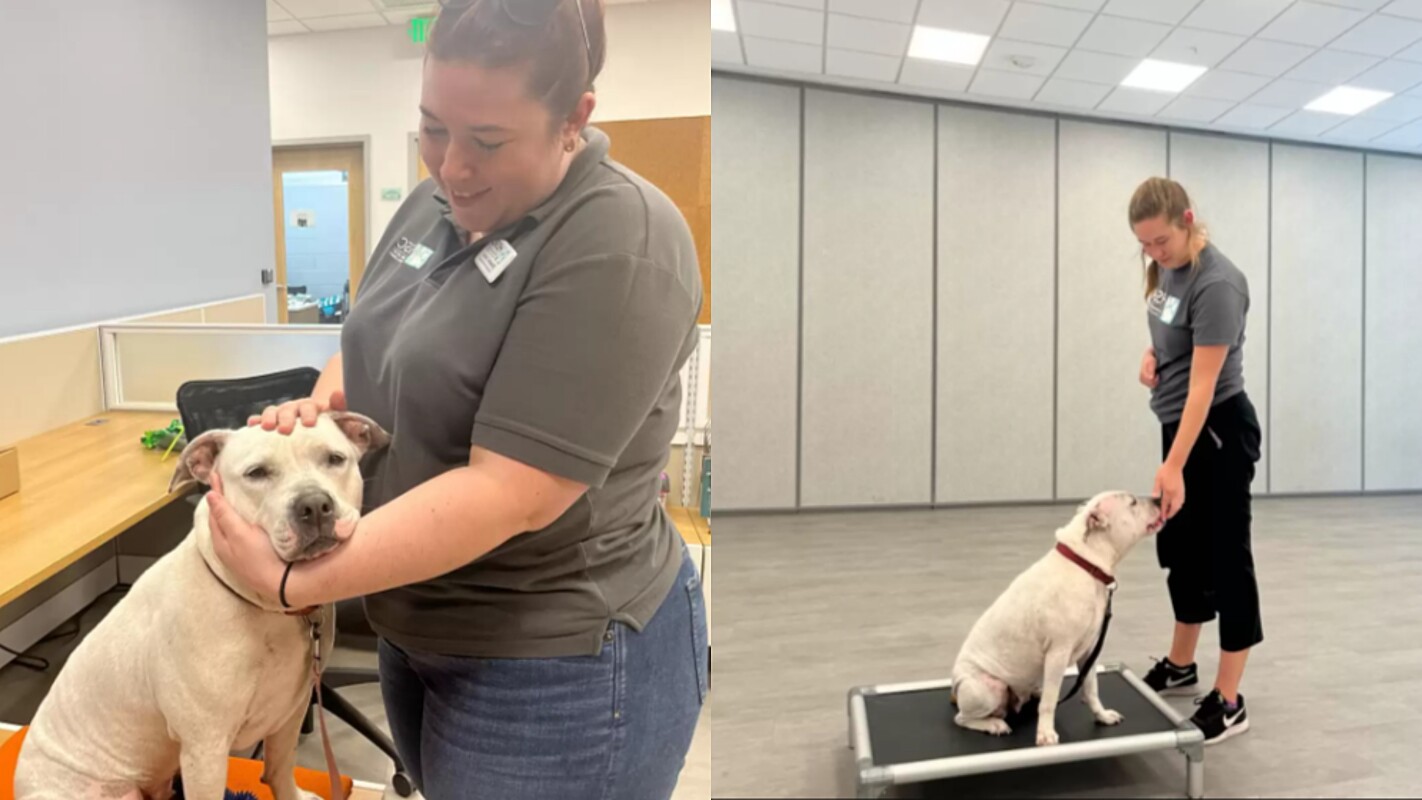 In February, a mixed-race pit bull named Charlotte arrived at the Sarasota, Florida, United States animal shelter, surprising everyone on the team for several reasons. One was that the dog seemed to ignore everyone, preferring to remain isolated and quiet, but they soon discovered that was because she was deaf.

The dog was rescued from a situation of abuse and neglect, it seemed that she was used to being alone and rejected, so she preferred to stay away from humans. But what she didn’t know is that her life would improve for the better.

In addition to this behavior, the place where Charlotte chose to sleep also drew attention, despite having won a warm and comfortable bed just for her, the pit bull preferred to sleep on top of a desk.

After much speculation and observation, one of the shelter volunteers, named Alissa Jackson, came to the conclusion that this was Charlotte’s way of being aware of what was happening and also of visualizing everyone arriving at the shelter, as she doesn’t hear the people entering the place.

Charlotte didn’t take long to find a home, she was adopted shortly after a local newspaper made an announcement about the animals that were available for adoption. The pit bull caught the attention of Laurie Hall, a resident who also has hearing problems, so everyone knew she would make the perfect pair.

“She’s the best, most adorable, calmest, smartest dog I’ve ever had. It was our destiny to become a family,” Charlotte’s new guardian told The Dodo.

Now the dog and the owner spend their days walking and cuddling at home. Best of all, Charlotte no longer has to sit at tables, because she knows her loving mother is always around.

One completes the other and they understand each other and coexist well with the peculiarity they have.