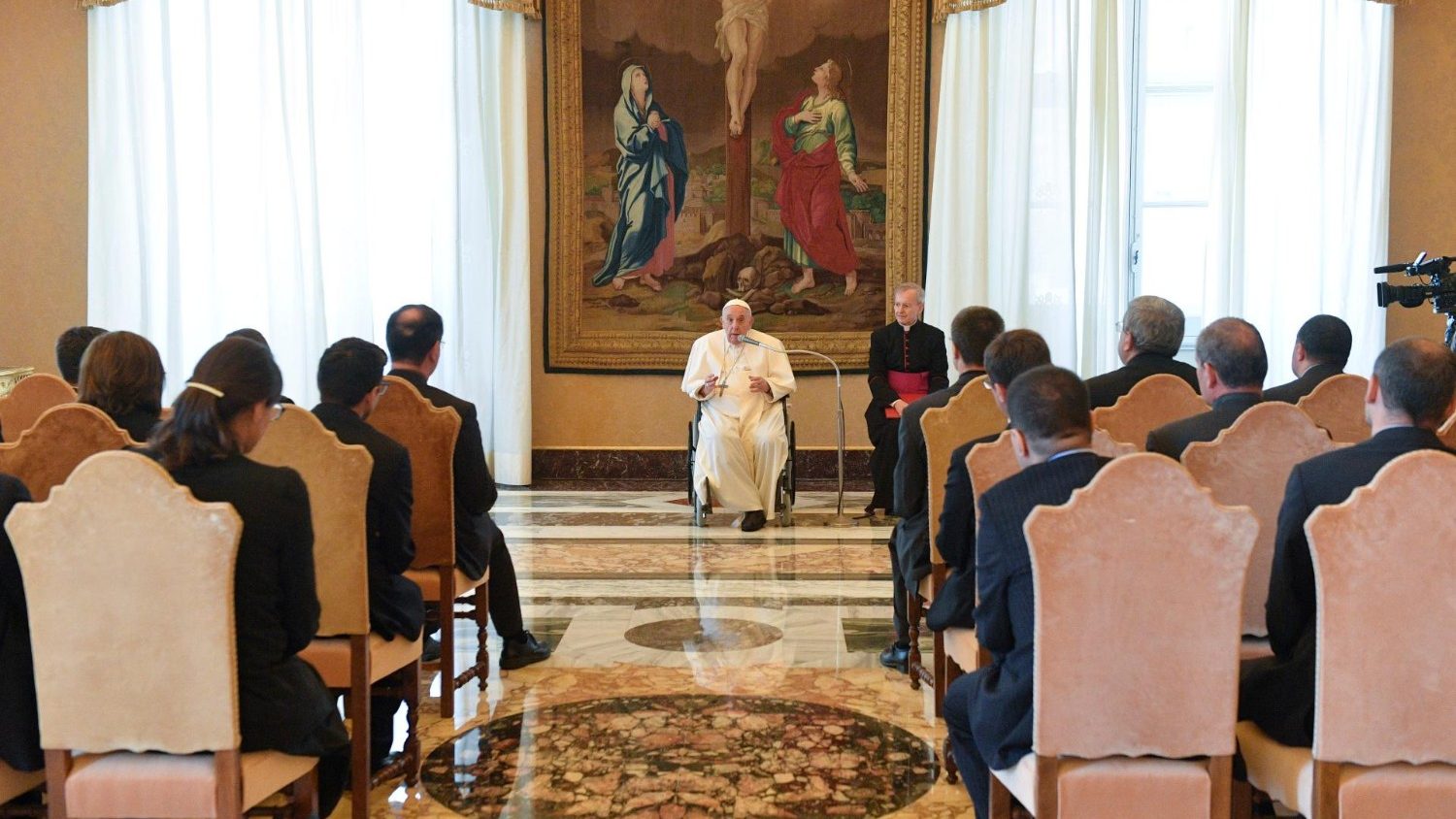 Francis received in audience the formators of the Archbishop’s Seminary in Milan, on the occasion of the 150th anniversary of the theological magazine “La Scuola Cattolica”: the world needs priests “specialists in humanity” and not a “theology that is exhausted in academic disputes”, stated in his speech. “Sermons or catechesis are largely composed of moralisms, little able to tell us about God”.

A good formation for priests so that they become “specialists in humanity”, capable of listening to people’s suffering. Examining and fully evaluating those who begin the path of the priesthood, taking into account their way of living affections, relationships, roles, responsibilities, as well as “frailties” and “imbalances”. These are the words of the Pope to the formators of the Seminary of the Archbishopric of Milan, but he is ideally addressed to all those who dedicate themselves to the birth, accompaniment and discernment of vocations, and he always encourages them to keep in mind the “link between faith and life” and never fall into “self-referentiality”.

The occasion was the audience for the 150th anniversary of the theological magazine ‘La Scuola Cattolica’, founded in 1872 by a group of priests from Lombardy. The Pope defined the magazine as “the showcase of a workshop, where the artisan exhibits his works and where his creativity can be admired”. And precisely because of this creativity, he offers precise indications about what theology must say and represent to the world: not “a ‘pre-made’ theology, which “is exhausted in academic dispute or that looks at humanity from within a glass castle”, but “a service to the truth” that gives “taste” as well as “knowing”.

In his long speech, the Pope speaks through images and metaphors, especially when he reflects on the “calls” to vocation” which, he says, are not “mushrooms that sprout suddenly”, but “clay pots” molded by the hands of the Lord. through mentors and trainers.

A theology with living language

There are three nominations from the Pope. Above all, a theology with a language that is “always alive, dynamic”, which “cannot fail to evolve and must take care to make itself understood”. In fact, there is a need for “the work of those who try to interpret the faith, translate and re-translate it, make it understandable, expose it in new words”.

Sometimes the sermons or catechesis we hear are largely made out of moralism, not “theological” enough, that is, they are not sufficiently capable of telling us about God and of responding to the questions of meaning that accompany people’s lives, and which we often do not have the courage to openly formulate.

How to communicate faith today

For Francis, “one of the greatest evils of our time is in fact the loss of meaning, and theology, today more than ever, has a great responsibility to stimulate and guide the search, to illuminate the way”.

Let us always ask ourselves how it is possible to communicate the truths of the faith today, taking into account linguistic, social and cultural changes, using the means of communication competently, without ever diluting, weakening or ‘virtualizing’ the content to be transmitted.

The Pope therefore calls for “a theology capable of forming specialists in humanity and closeness”. “The renewal and future of vocations is only possible if there are priests, deacons, consecrated persons and well-trained lay people,” he said. And formation is “a process that requires a lot of docility and trust”, because “each person is an immense mystery and brings with him his/her own family, personal, human and spiritual history”.

Sexuality, affectivity and relationality are dimensions of the person to be considered and understood, both by the Church and by science, also in relation to sociocultural challenges and changes. An open attitude and a good witness allow the educator to ‘know’ the whole personality of the person ‘called’, involving his intelligence, feelings, heart, dreams and aspirations.

The Pope urges discernment on whether or not a person can undertake the vocational path: “Every path must activate processes aimed at forming mature priests and consecrated persons, specialists in humanity and closeness, and not employees of the sacred”.

A good formator expresses his service in an attitude that we can call the “diakonia of the truth”, because the concrete existence of people is at stake, who often live without certainties, without shared guidelines, under the constant conditioning of information, news and messages that they are often contradictory, which change the perception of reality, leading to individualism and indifferentism.

This is how seminarians and young people in formation can “learn more from your life than from your words; be able to learn the docility of your obedience, the industriousness of your dedication, the generosity of your sobriety and availability to the poor, the paternity of his chaste and non-possessive affection”.

The world needs priests who can communicate the goodness of the Lord to those who have experienced sin and failure, priests who are experts in humanity, pastors willing to share the joys and work of their brothers and sisters, men who know how to hear the cry of those who suffer.

Evangelization is not proselytism

It is in this perspective that theology becomes a service to evangelization, which, Francis stressed, “is never proselytism, but attraction to Christ.” “All men and women have the right to receive the Gospel and Christians have a duty to proclaim it without excluding anyone”. And the entire People of God “proclaims the Gospel because, above all, it is a people on the way to God”. On this path, dialogue with the world, cultures and religions is fundamental.

Finally, the Pope recalls that it is always the Holy Spirit that drives the Church’s mission. “Therefore”, he emphasizes, the theologian’s ‘habit’ is that of spiritual manhumble of heart, open to the infinite newness of the Spirit and close to the wounds of poor, discarded and suffering humanity”.

Without humility the Spirit flees, without humility there is no compassion, and a theology devoid of compassion and mercy is reduced to a sterile discourse about God, perhaps beautiful, but empty, soulless, incapable of serving his will to incarnate, to make himself present, to speak to the heart.

Therefore, it is clear that “teaching and studying theology means living on a frontier, the frontier where the Gospel meets the real needs of the people.” “Good theologians, like good pastors, smell of the people and the street and, with their reflection, pour oil and wine on the wounds of many”, says the Pope. And it concludes with the desire for “a living theology, which gives ‘taste’ as well as ‘knowing’, which is the basis of serious ecclesial dialogue, of synodal discernment, to be organized and practiced in local communities, for a rebirth of faith in today’s cultural transformations”.

Previous Former Corinthians player agrees with Argentina team and will start career as a coach
Next Hired by Flamengo, Everton Cebolinha was a ‘victim’ of Jorge Jesus at Benfica. Europe’s dream turned into a nightmare – Prisma 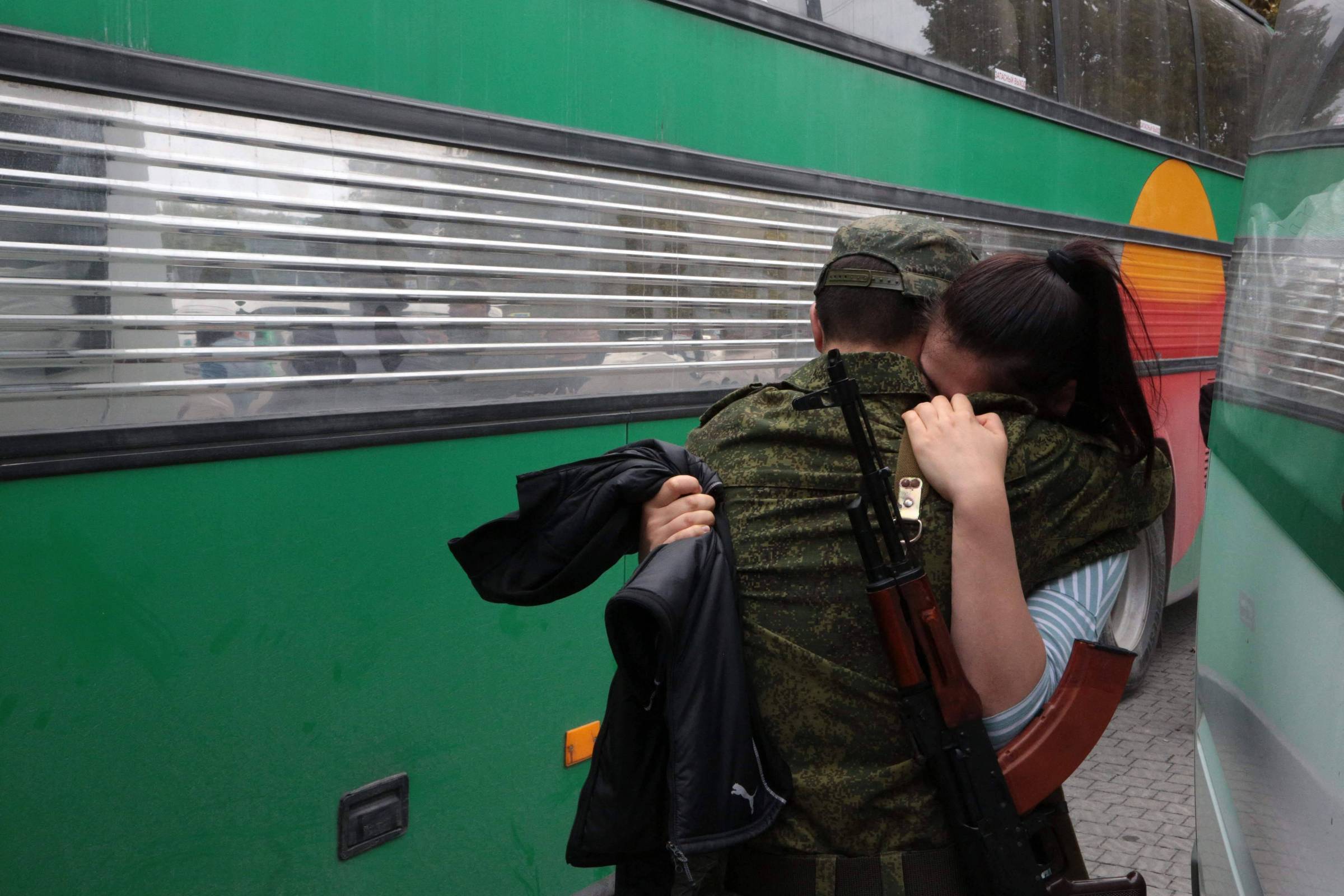