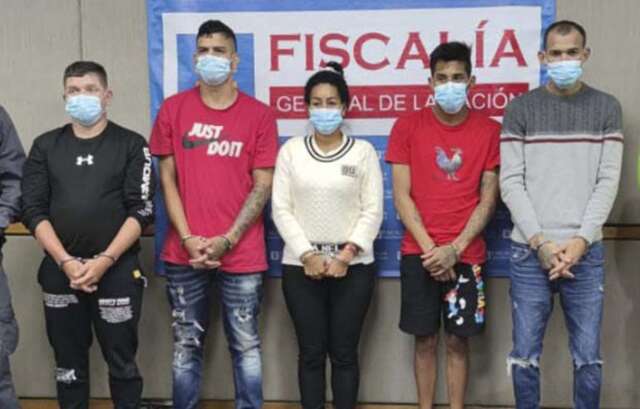 Quartet who murdered Paraguayan prosecutor sentenced to 23 years in prison

Four of the five involved in the murder of Paraguayan prosecutor Marcelo Pecci were sentenced to 23 and a half years in prison, plus all the sentences of the accused. For having confessed to the crime, Wendret Carrillo, Eiverson Zabaleta Arrieta, Marisol Londoño and Cristian Camilo Monsalve had their sentences reduced by 50%.

Francisco Luis Correa Galeano, accused of having organized and financed the attack on the prosecutor, denied all the accusations and will remain in prison. The process carried out by the Colombian Justice to investigate, arrest and convict the murderers of prosecutor Marcelo Pecci lasted just 37 days.

According to the ABC Color portal, Wendret Carrillo is the one who shot the promoter; Eiverson Zabaleta Arrieta, would have supported the escape of criminals; Marisol Londoño and Cristian Camilo Monsalve were in charge of lifting the steps of the prosecutor and his wife at the hotel where they were staying.

A sixth suspect in the murder is at large. Gabriel Carlos Luis Salinas Mendoza is said to have driven the jet ski that took Wendret to the beach where the crime took place.

Head of the task force against organized crime in Paraguay and working against factions on the border with Mato Grosso do Sul, Marcelo Pecci was shot dead on May 10, while he was spending his honeymoon in the province of Barú, in Cartagena de Indias, on the Caribbean coast of Colombia.

It was just him and the woman, without any security. The suspects were arrested in Envigado, in the metropolitan region of Medellín, one of Colombia’s main cities and known for being the birthplace of drug trafficker Pablo Escobar.

Previous Amber Heard. From “I’m not a saint” to fear of being sued again by Johnny Depp
Next Thor and Jane Foster feature beautiful variant covers of Total Film magazine; Check out!