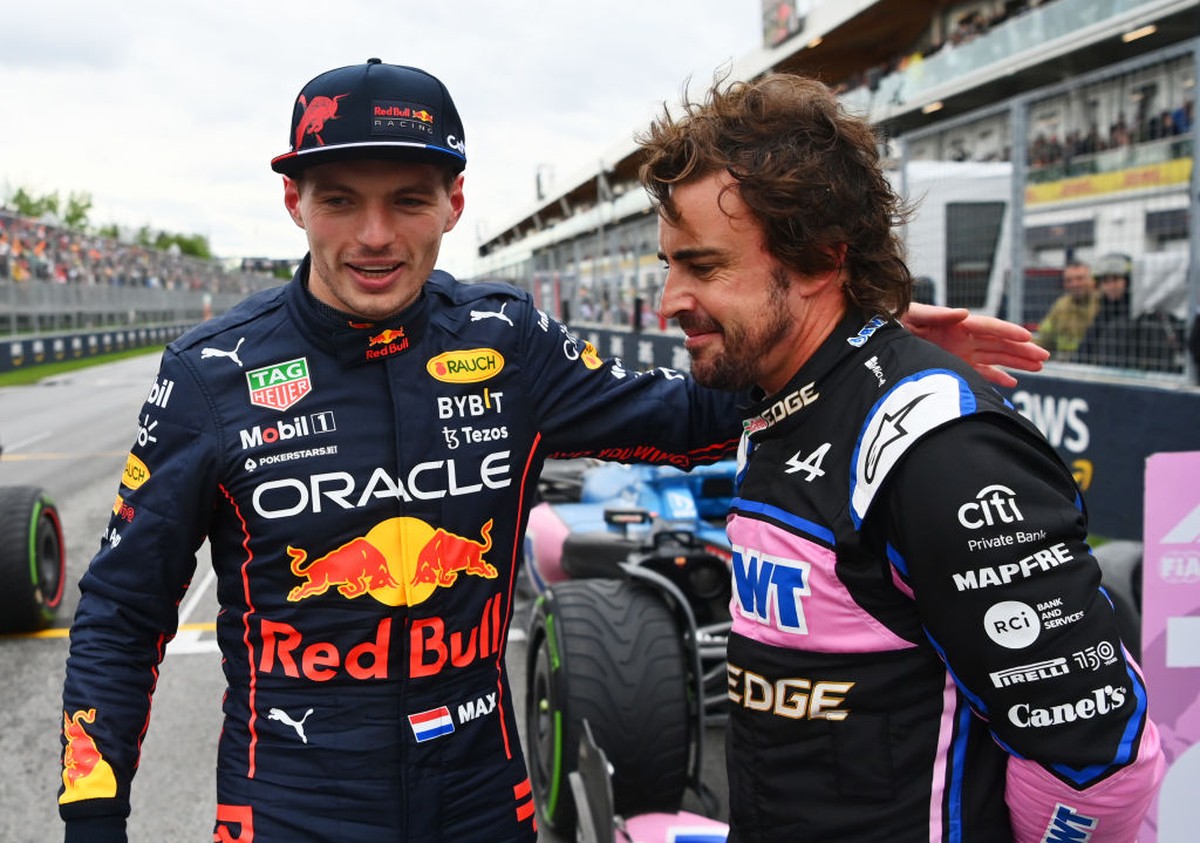 Fastest in a third free practice under heavy rain, Fernando Alonso maintained his good performance on the intermediate tires and, on this Saturday in the Canadian GP qualifying session, he faced the favorite of the weekend, Max Verstappen. It wasn’t worth the pole position, but the two-time Alpine champion secured second place on the starting grid on Sunday – and promises to go all out against his rival.

– The goal is to lead on lap 1, so we’re going all out in the first corner! Then they (RBR and Ferrari) can go ahead and fight, but it would be sweet to be able to lead the race – said the Spaniard after the session.

Verstappen was fastest in all three segments of the session, with rain until the end of Q2. And this time he won’t have the protection of his RBR colleague, Sergio Pérez; the Mexican crashed in the middle of the intermediate segment and will start only in 11th, moving up two positions with the penalties of Yuki Tsunoda and Charles Leclerc for the exchange of power units of both.

Alonso has not started a front row race since the 2012 German GP, ​​in July, when he won pole position. But despite the surprise, the Spaniard was resigned to the real possibilities of Alpine, only the fifth team in the current F1 championship:

– I’m not sure of the possibilities for tomorrow. I would say that we will fight for the top 5. We have a good starting position, but we know our limits; and we’ve seen races where the RBR or Ferrari started last or had a puncture on lap 1 but still finished with a good margin ahead of us. I think the first four places are already guaranteed, so fifth is like a victory for us.

Verstappen, meanwhile, celebrated the RBR’s “error-free” classification, despite the disadvantage with the loss of support from Pérez at the start. Championship leader and back at the top of the grid since the Emilia-Romagna GP, the Dutchman still joked with his “old” rival:

– I used to watch F1 as a kid, watch Fernando there, winning races and championships. Sharing the front row with him is cool. Fernando may be getting a little old but he’s still very fast. He knows how to start very well, so I need to be prepared.

Alonso, one month away from turning 41, also became the oldest driver to start from the front row since the second place on the grid won by Michael Schumacher at the 2012 Chinese GP. The two-time champion has not won a race in F1 since the race. from Spain 2013; Alpine’s last triumph was in August 2021, at the Hungarian stage, with Esteban Ocon.

Previous Which movie will be on Sunday on TV Globo?
Next Under pressure, Fortaleza faces América-MG for Série A with a single objective: to win