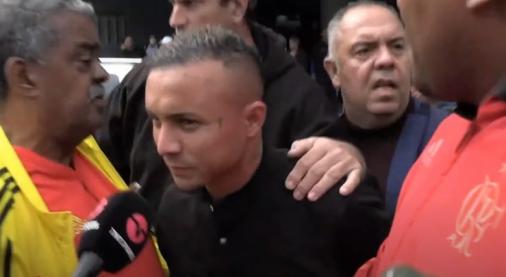 Bureaucracy prevents official announcement of Everton Cebolinha, who should start work at Flamengo at the end of the month

After disembarking in Rio de Janeiro, this Saturday, and already speak like a Flamengo playerEverton Cebolinha went to Ninho do Urubu, fulfilled all the processes and signed his contract with the gávea club. What is preventing the official announcement of the striker’s hiring is a bureaucratic procedure involving Benfica and the Portuguese government, but nothing that is a cause for concern for the Nation.

Portuguese clubs must inform all transfers to the Securities Market Commission and its shareholders. The CMVM is responsible for supervising and regulating the financial instrument markets and the agents operating in them in the country. As the final documents were exchanged on Saturday afternoon, there was not enough time for this process to be carried out on this day.

As reported by “ESPN” and confirmed by LANCE!, the process can – and should – be concluded this Sunday, “freeing” Flamengo to make the official announcement of the arrival of Cebolinha, the sixth reinforcement of 2022, who signed a contract until December 2022. 2026 with Rubro-Negro.

Flamengo, by the way, already has all the ad material prepared.

On vacation after the European season, with Benfica, Everton Cebolinha had his first contact with Flamengo’s squad and coaching staff this Saturday, before the delegation departed for Belo Horizonte, where they face Atlético-MG this Sunday, at Mineirão.

The work of Cebolinha no Ninho do Urubu should only begin, in fact, in the last week of June. The striker will enjoy the last few days off with his family before officially introducing himself to the club.

In any case, the striker will only be available to Dorival Júnior from July 18, when the transfer window will open.