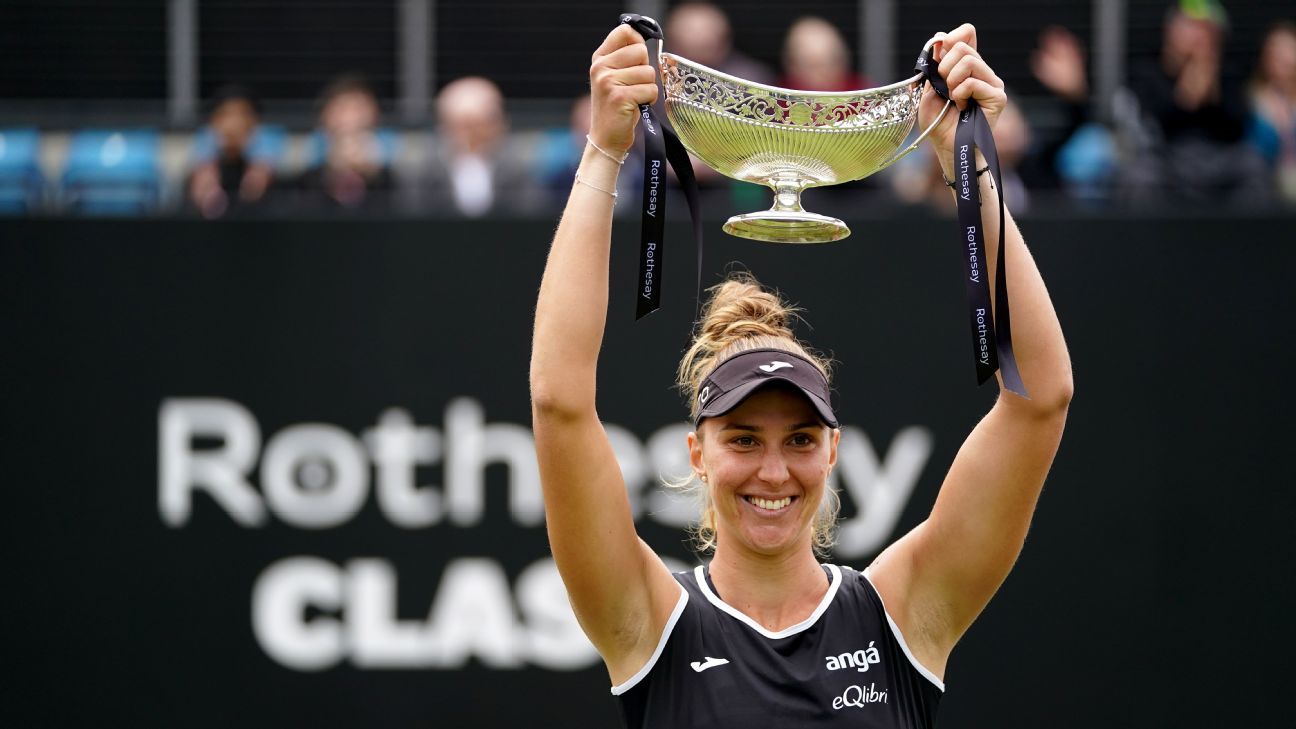 Chinese gives up in the 1st set, Bia Haddad takes the title in Birmingham and lifts 3rd trophy in 1 week

Brazilian tennis player got the better of Zhang Shuai in the final of the WTA 250 in Birmingham, England, this Sunday (19), after the Chinese gave up in the 1st set.

current number 32 of the world in the ranking of WTA, Bia Haddad continues to make history in Ladies Shoes. This Sunday (19), the Brazilian got the better of the Chinese tennis player Zhang Shuai at the end of Birmingham WTA 250in England, and won her second singles title of her career, and consecutively on grass, since last week she was champion of the Nottingham Open, also on English soil. Bia’s victory came in the first set, when the game was 5-4 in her favor, and her rival gave up due to neck pain. The decision was broadcast live and exclusively by ESPN on Star+.

By an irony of fate, the Brazilian found her doubles partner at the Nottingham Open in the final, since, last weekend, she and Zhang got the best of the tournament decision over the duo formed by the American. Caroline Dolehide and the romanian Monica Niculescuper 7/6 and 6/3. Bia, in turn, won the double in the tournament, with the doubles and singles titles. That is, adding the title in Birmingham, in one week Bia lifted three trophies.

In the 1st set, Zhang started better and went 2-0 after breaking Bia’s first serve. The Brazilian, however, reacted, left everything the same and dominated the game until reaching 5/4 on the scoreboard, when the Chinese asked for withdrawal.

“First of all, Shuai, I can’t tell you how much you deserved this week. We played together and you made me feel stronger. You are a special player and a special person,” Bia said in the post-title interview.

Like Bia, Zhang had also entered the court earlier this Sunday, in the semifinals, beating the Romanian Sorana Cirstea by 2 sets to 1, with partials of 4/6, 6/1 and 7/6. However, the Chinese still has the doubles final ahead of her this Sunday, alongside the Belgian Elise Mertens. The rivals are Jelena Ostapenko and Lyudmyla Kichenok.

Bia Haddad, in turn, had the semifinal against the Romanian Simona Halep postponed due to rain, this past Saturday (18), and the game was transferred to this Sunday morning. And the Brazilian needed a victory by 2 sets to 1 to go to the final, winning with partial 6/3, 2/6 and 6/4.

This was also the 10th invincibility game of the Brazilian, who with the title in Birmingham will go up to the 29th place in the WTA rankings, equaling the placement of the legendary Maria Esther Bueno in 1976.

Now, the Brazilian 26 years have 6 titles in professional tennis, being 4 in pairs and two in singles, the latter two won within a week.

The Birmingham WTA 250 is one of the preparatory tournaments for Wimbledonthird Grand Slam of the year, which will start on the next day June 27and is also played on grass.