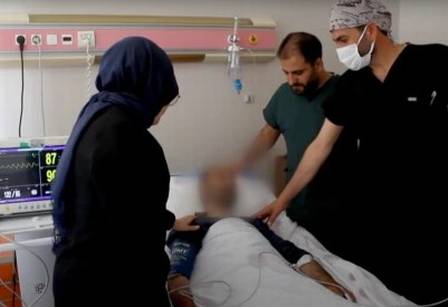 Doctors remove 233 objects from a patient’s stomach, including batteries, coins, shards of glass and screws

Doctors were perplexed by the situation of a patient recently treated in Ipekyolu (Turkey): they Exactly 233 objects were removed from the stomach of the 35-year-old man, including coins, batteries, magnets, nails, pieces of glass, stones, nuts and screws..

Burhan Demir took his younger brother, identified only as Z., to a hospital after he complained of severe abdominal pain.

But when the doctors performed endoscopy, ultrasound and X-ray examinations, they were surprised to find all the items. The patient underwent emergency surgery at the same medical center, Metro reported.

“During the surgery, we saw that one or two of the nails went through the stomach wall. We saw that there were two pieces of metal and two different-sized stones in the large intestine. We found that there were batteries, magnets, nails, coins, shards of glass and screws. We clean your stomach completely”said one of the surgeons involved in the operation.

“It’s not a situation we see in adults, it mainly occurs in childhood, with foreign bodies unconsciously swallowed”he added.

The patient must undergo a psychiatric evaluation.